Is Our Leadership Stuck on Chapter 5?

… or are we stuck writing the same church story? 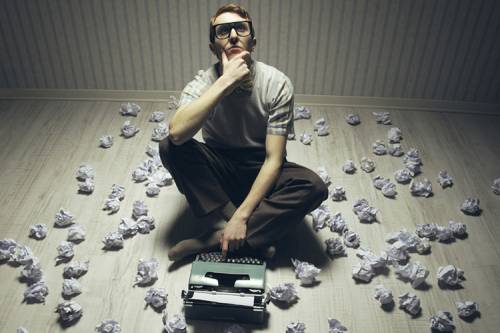 How are you at writing gripping stories? Are you like me? Do you get author envy when you read great stories? While reading certain authors such as C.S. Lewis,J.R.R. Tolkien and J. K. Rowling I’ve actually had to put their books down to work out my envy:  Why can’t I write like them? Wah!

I’m much better at telling interesting stories about my dog at dinner than at writing gripping tales, but I’ve tried. I spent a year deeply studying Robert McKee’s masterful book, Story. You get a gold star if you’ve heard of him, but my guess is you haven’t. Regardless, you have been touched by the product of his teachings.

I never became a great novelist, but McKee still gave me an incredible insight. The same problems that plague writers plague pastoral leaders. Just as an author can get writer’s block, pastors can get leader’s block.

We all develop a narrative, a predictive story, about how our churches should be. Maybe we formed it out of idealistic seminary expectations or a cherished pastoral theology book. Perhaps we embraced a narrative expecting harmonious community and missional effervescence. Then one day we realized the church’s story wasn’t progressing in that direction. Disappointment crept in. Our narrative changed. We now see them as they really are: petty, gossipy, resistant, shallow. Ironically, they’ve become everything that makes for a really great novel. But that’s not how we see it.

Our new narrative becomes one of pessimism, cynicism and possibly helplessness. Once that story becomes fixed in our minds our leadership becomes stuck. We become the story we tell ourselves. It’s like we’ve taken our pastoral story to chapter 5, and we don’t know where to go next. So we end up in a continual loop going back through chapters 3, 4 and 5 over and over again.

When I was in seminary we were taught to be prophetic preachers. That was our narrative: We’re heroic prophets calling Israel back to faith! What they didn’t tell us was that prophets suffer a prophet’s fate — to be ignored, criticized and ostracized. Many pastors I’ve worked with have been stuck in a prophetic narrative that’s left them demoralized. I try to help them form an alternative narrative based on the patient, pastoral love of Acts, where the focus is on opening people to God’s deep presence. It’s sensitive work helping pastors move out of a narrative of disappointment and into a narrative of love, possibility, compassion, joy and God’s presence.

Luke Skywalker can become a Jedi knight but not a Wookie. Women and men can fall in love in a Hallmark movie, but they can’t just become characters in a James Bond film. As pastors, we can lead congregations only as far as the story context allows. We can’t turn a country church in a town of 1,200 into a 5,000-member church, but we can lead it to enter new chapters of faith, compassion, spiritual depth and missional love. We just have to figure out the new narrative direction of our next chapters 6, 7 and 8. (Reminds me of my favorite joke. Why was 6 afraid of 7? Because 7, 8, 9!).

1) If our leadership is not about transforming our churches into what they can become with a new narrative, then we need to change our leadership narrative. Don’t blame the church, focus on what we are authoring.

2) If our leadership doesn’t bring about and celebrate a positive, surprising new narrative, then it is stuck and needs to change. Don’t blame the church for being stuck in the same ‘ol same ‘ol. Look for new ways to stretch ourselves in surprising ways. Write new chapters for how we’ll lead. Don’t go back to chapter 3 again and then decry the same old struggles.

My great example happened in my first year at Calvin Presbyterian Church. The church had been in long-term decline and I sensed they needed something simple, successful and surprising. So I encouraged them to do a talent show. It was incredible. The acts were corny, beautiful, funny, hilarious, awkward, confusing, heartwarming and surprising. And at the end I shared my two talents: singing the Star-Spangled Banner in a Donald Duck voice and singing “Hello, Dolly” in both a Louis Armstrong and Carol Channing voice. Twenty years later people still remember. It started the process of creating a transformative new narrative because it said to us that there was more to the church than meets the eye, which means there was more that could happen than we thought possible.

The narrative from one of decline to one of joy and surprise.

The Rev. Dr. Graham Standish is executive director of Samaritan, Counseling, Guidance, Consulting. He leads their Clergy and Congregational Care program as a clergy coach, spiritual director, and therapist (www.ngrahamstandish.org).