Are we yelling too much?

How to train church leaders effectively 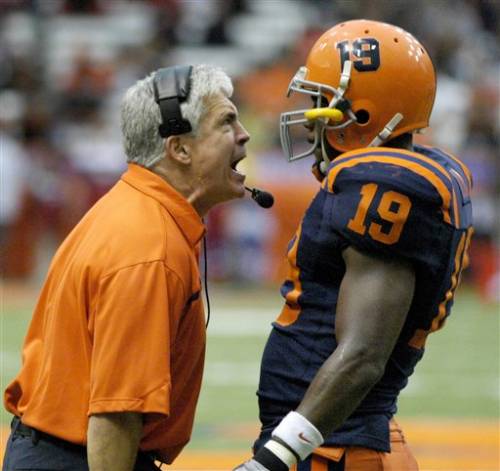 I used to get yelled at a lot. Anyone who’s ever played sports has gotten yelled at, but I felt like coaches yelled at me more than most.

Maybe they yell because they think we have potential, but I think most yell because they don’t aren’t good at teaching us how to reach our potential. Yelling at me just ticked me off and sapped my motivation. It never made me better.

I grew up in the Western Pennsylvania during the late 1970s playing two sports where our coaching wasn’t the greatest—ice hockey and lacrosse. I loved both sports, but we weren’t a hotbed for either. As a result, I never really had great coaches for those sports. I was yelled at a lot, and only rarely was told in detail how to do things the right way.

I was good enough athlete in lacrosse to be a walk-on and eventually start for a nationally ranked college team. I was finally coached well. They taught us how to play the game the right way in minute detail. They trained us to do things right.

I think about these experiences all the time when talking with frustrated pastors. They can be so critical of their churches for not being more welcoming, for not tithing, for not knowing the Bible well enough, for not being organized enough, for not caring for each other well enough, and for so many other things. They’ll try to fix it by preaching at their congregations, slyly criticizing them with the hope that it will motivate them to get better. My question: Are they really being like bad coaches who softly yell rather than teaching congregations how to do things right?

I’ve been working with a number of pastors recently who’ve complained that their members aren’t very welcoming to visitors. One gave a great metaphor: “They spend too much time in a circle looking at the campfire, and never look outward to invite new people in.” What he said is so true of so many congregations, but why do we think they should just know how to be welcoming?

Think about the members of declining churches. These are the ones left behind in declining churches by the risk-takers who were good at being welcoming. They’re the ones who want to preserve what’s been rather than build what could be. They’ve spent twenty or more years not being particularly welcoming. What makes us think that they know how to be welcoming? They’ve not been welcoming in church since forever. They’ve learned from years of bad habits how to be unwelcoming. Why should that change because of a sermon or newsletter article calling on them to be more welcoming?

When we use sermons to try to fix the problem, that’s the equivalent to yelling because most people experience criticism as yelling. If they don’t have the skills, how will preaching at them make them better? What makes them better is teaching and training.

Training Them to Do Things Right

I learned to train both from my sports experiences and my studying of non-denominational churches and businesses. They train for everything. Too often in Presbyterian churches we train for nothing.