What the church can learn 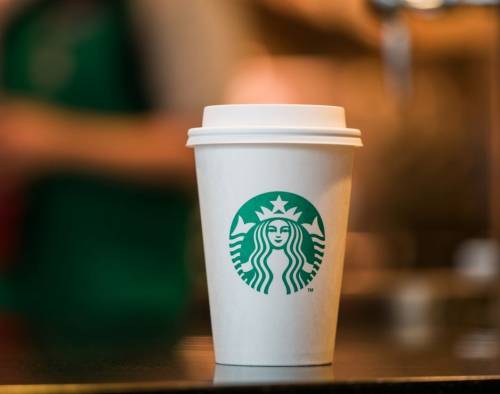 I am in Philadelphia in the research room of Presbyterian Historical Society, surrounded by shelves holding General Assembly minutes from the Presbyterian Church (U.S.A.) going back to 1707. I am reading the following lines from a report titled, “The General Assembly Faces the Crisis in Race Relations 1954-1962”:

Our church and all its members still stand under the judgment of our Lord because of the continuing gap between professions of intent and performance of duty. The Assembly called for clear and decisive initiative from ‘church leaders’ and intimated that over caution and timidity on the part of otherwise sincere supporters of integration may have unwittingly supported the status quo or even permitted a strengthening of the forces that maintain segregation.

It’s April 17, and as I sit and read, Kevin Johnson, CEO of Starbucks, is apologizing to two black men who got arrested a few days earlier at his store that sits on the corner of Spruce and 18th Streets — a mile from the Presbyterian Historical Society.

These men were waiting for a friend. In the video that went viral, their friend vouches for their story, yet they were cuffed and led out as criminals. They went without a single utterance. Their silence is an act of resistance — their disciplined passiveness makes the cuffing, the procession, and the law upholding the arrest, look ridiculous.

For blacks, even sitting at Starbucks is “risky behavior.” As I see the two men led out I remember what the writer Garnette Cadogen said in an essay, “Walking — the simple, monotonous act of placing one foot before the other to prevent falling — turns out not to be so simple if you’re black. Walking alone has been anything but monotonous for me; monotony is a luxury.”

Those who dismiss the gross violation of dignity of these men by saying, “no one got hurt,” likely has the luxury of Cadogen’s monotony. Their claim to space has never been questioned. To de denied monotony is to be denied your space and your right to exist. When you are afraid of sitting and walking, it’s an existential threat.

This story is a headliner because it happened in a Starbucks store in Philadelphia and not in a rundown diner in Selma. Starbucks touts its progressive values. During the great recession, the company didn’t withdraw benefits from employees, though they were under great pressure to do so. It’s Race Together campaign, where they asked their baristas to engage the customers on issues of race, fizzled, but you can’t fault it for its noble ambition.

Now, the company that attempted to single handedly make conversation on race a normative, didn’t talk about race with its own people. It didn’t practice what it preached. I’m a bit comforted by exposure of Starbucks’ hypocrisy because it makes the church’s hypocrisy on race less egregious. Finding comfort in another’s hypocrisy is horrible, but the self-righteous heart is devious and will dig for any dirt to make itself look less dirty.

My phone’s news notification tells me that Starbucks will be closing all 8,000-plus stores on May 29 for a mandatory implicit bias training. CEO Johnson is backing up his apology with immediate action. I envy such decisiveness. It takes years for the Presbyterian Church (U.S.A.) to formulate an action, let alone implement one.

Now I’m feeling bad again, especially having read the 1962 race report where the church confessed the gap between its word and action. The report says:

A non-segregated church and a non-segregated society was our purpose long before the 1954 decision of the Supreme Court…many Christians are greatly troubled by the church’s failure to achieve genuine integration in its own life more rapidly. They believe that our witness to Jesus Christ is tragically compromised because of this failure.

The gap hasn’t narrowed much after 56 years. Today, we still remain a segregated denomination. Does this mean we are not troubled enough by our contradictions? Business professors are besides themselves heaping encomiums on Johnson, for this his bold move to sacrifice profit to instill a moral value. Other pundits say it’s a shrewd business strategy. Yes, Starbucks will lose millions by closing, but if they don’t take such drastic public relations action, they stand to lose millions more. We don’t need to praise or condemn. We don’t need white saviors or white devils.

In racial justice, intention doesn’t matter. Our numerous church statements, necessary as they are, are expressions of intention. They become guides when we take action. They judge us when we don’t. Impact is where we must keep count.

“Closing our stores for racial bias training is just one step in a journey that requires dedication from every level of our company and partnerships in our local communities,” Johnson told reporters. We don’t need to question his heart; only hold him to his word.

Johnson’s call for a day of training makes me pause from my research and awakens a dream. Wouldn’t it be nice if the Presbyterian Church (U.S.A.) — no, the American Church (why not dream big) — declares one Sunday a Race Sunday where we all take a good look at our history and repent. And then repent some more of how we continue to carve segregated spaces in our sanctuaries and in our church polity. Then follow up that Sunday service with implicit bias training. Imagine every church declaring itself an intercultural church and denouncing white supremacy to lift up Christ’s supremacy. Imagine the church ceasing from its timidity. Imagine the church taking immediate action.

It’s evening on April 17 and I brace the lashing wind to visit ground zero — Starbucks on Spruce and 18th Streets. I walk by. The light inside gives me good view of the people inside. Several are poring over their phones. Another over a thick textbook. A couple is chatting. After the arrests of the two black men, there were protests at the store over the weekend. On Monday, it was closed for business. But now, it’s business as usual.

Samuel Son is manager of diversity and reconciliation with the Presbyterian Mission Agency. 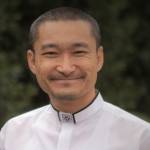