Make A Donation Click Here >
Home › Communities › Living in Between

Are you in the conversation? 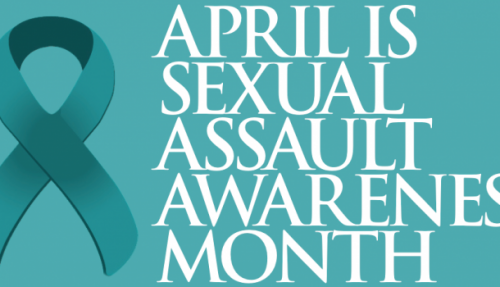 The first time I got catcalled in the street, I had parked my car and was walking to a twice a week volunteer gig as at a local community developer, where I wrote thank you notes to donors, organized closets and answered the phone while Betty ate her lunch. With a sense of triumph, I paralleled parked a couple of blocks away. I was wearing jean shorts, not particularly short ones, that were covered with a pattern of huge, bright sunflowers with a red shirt. I had cultivated a look that I would call artistically nerdy. My style icon was Dale Chilhuily. For a variety of reasons, probably including low-teenage-girl-self-esteem, I did not and could not understand the awkward I carried around as sexy.

And no, it did not feel like a compliment.

Perhaps then, I should not have been surprised to receive an unwanted kiss, in broad daylight, in a public place, in the middle of the day. Still, I was.  I was traveling with a group, in a large city, with lots of tourists, and with lots of people going about their day to day. It was not my first time to our destination, and so I had left the group to get some coffee I desperately needed. I am not particularly good at directions, but I was determined to prove to myself that I could find my way to our next spot. As I worked my way through the streets, grateful for the rush of being away from home, a man asked if I needed help. Not unusual, at first, I refused. I wanted to make it work. But, of course, travel is about getting to know people, accepting hospitality, and on and on, so as he persisted, I gave in.

As we round the first corner, he linked his arm with mine; I resisted and started to babble about being able to find it from here, but again, he persisted. As we get to a place where I can definitely see where I am going, I finally worked my arm free and used my words to do the same. But before he really leaves, he went in for a kiss. I turn my cheek aiming for a more European peck on the check, but he turned my face back so he can full on kiss me on the lips. With the taste of him on my mouth, I had to return to my group as if nothing has happened. I have traveled a lot with churches, with campus ministries, with the schools I have attended, both as a leader and as a participant. My workplace is not always an office, so as I was a leader, perhaps this was workplace harassment? I could barely figure out what had happened, or how to describe it, why it felt so awful and who to tell. So, #metoo?

Let’s talk about sex. Because workplace sexual harassment is real and is a problem. Because even in the church, women at work experience it—a lot. Because of #metoo, because of Title IX, because of the epidemic of sexual assault, violence and misconduct that is among our young people (and not just the young, really everyone, but they are who I happen to be called to care for). Statistics vary—somewhere between one in four and one in five women in college will experience sexual violence (RAINN’s stats, Know you IX’s stats)—but that means, when we look around at our young people, this is our problem. And it is big problem. Not being a student between the ages of 18 & 24 does not decrease (it may increase) a young woman’s “chances” of being assaulted. This doesn’t just happen “on campus.” And those young women who are not students won’t have many of the resources that campuses have started to provide. All our young people are having these experiences—men, people who don’t identify on a gender binary—and often feel very isolated as a result.

There are two places to start… healthy conversations about sex, that include intimacy and right relationship, but also include power, sexism, gender, socialization, and more.

Have you ever heard Genesis 38 preached? Have you read it in a group? Tamar shows up in the genealogy of Jesus, but do we let her show up in our churches? Read it out loud, particularly verses 8-10. The NIV version is great. Don’t try it with a version filled with euphemisms. Recently I read this with some of the students I work with. There was a lot of giggling. Semen is not a work they are used to hearing in church. But why not? We spend a lot (A LOT) of energy while they are in high school making sure they know they should not have sex. Just don’t do it.

But, in my experience, we don’t spend time understanding sex, understanding our bodies, understanding the gifts that are therein. For me, Tamar is a liberating figure in the stories of God’s people. Tamar reminds me that women have power, even when society strips it away. Tamar reminds me that God is in us all, that God is at work in unlikely places and in people we cast aside. So, when I feel cast aside, Tamar reminds me that it is not God who pushes me into the shadows. Tamar empowered me to wipe my lips, drink some water, find my big voice inside, and lead with an even stronger presence as I rejoined my group after that unwanted kiss. Tamar would have been GREAT for me in middle and high school. But she is definitely not in the cannon within the cannon.

Much of our conversation about sex in the church seems dominated by two things: silence and fear. For me, that meant that parts of growing up that are ordered as a part of creation felt disordered and guilt producing. It meant that I was ill-equipped to make healthy choices, and even as a young married person, to understand how to build a physically intimate relationship that would bring the joy and pleasure that I now know God wants for us.

And it meant… guilt, guilt, and more guilt. I think there is another way. But, it will be awkward. Uncomfortable. It will require us to share, to listen, to be open. It will require re-examining what we preach, what we put in curriculums, and how we have conversations. After that, pastoral presence sounds easy, right? Maybe it should be, but, it probably won’t take very long if you talk to survivors in faith communities to find someone who knows a priest, pastor, youth minister or other trusted adult or authority figure who blamed them for their assault, who increased the guilt and anxiety, who made them feel dirty or impure, or who implied (or outright said) that God meant for this to happen. It is not easy. Many (maybe most?) of us feel ill-equipped for some of these conversations. But, haven’t we always been? Didn’t most of us feel ill-equipped for our first funeral? Our first community tragedy? The first death of a child in our congregation?

I recently became a confidential resource for students on our campus who have experienced sexual assault, discrimination, and violence. Under the law, responsible employees of the university have to report when a student reports to us. This designation means that when a student speaks with me, I do not have to report it elsewhere, I can just hold the pastoral space for them and keep it confidential. This was done to fill a gap in our campus services—we have an advocate whose job it is to help with navigating a lot of the aftermath, but who is not a counselor. We have counselors, but who are not equipped to deal with theological or spiritual questions (which are many when you get into the “whys”). My presence is intended to create a space where students can work through the whys, the questions of God and their fellow humans, and what comes with it.

I did not feel qualified for this role, and everywhere I turned, my supervisor, our Title IX officer, the advocate on our campus, affirmed that I was. I did not feel ready when we made a campus announcement, or when I got the first knock on my door. And, I remembered the one thing I seem to have carried from my pastoral care class in seminary—be a non-anxious presence.

Women, young people of many sexualities and gender identities, need to be believed when they say they have been hurt. They need to be held as they cry (if they want a hug—ask first). They need someone to dry their tears, to ask how they are doing, to care.

And then, they need space to tell their stories, to be included in community, to be affirmed in public, to make change… but we can get there.

Abby King-Kaiser is the associate director for at the Dorothy Day Center for Faith and Justice at Xavier University, Cincinnati, Ohio, where she helped to found Common Ground, a new worshipping community on campus. A pastor, a painter, a hometown girl who loves to travel the world, she is a coffee and instagram junkie and a mother of two.