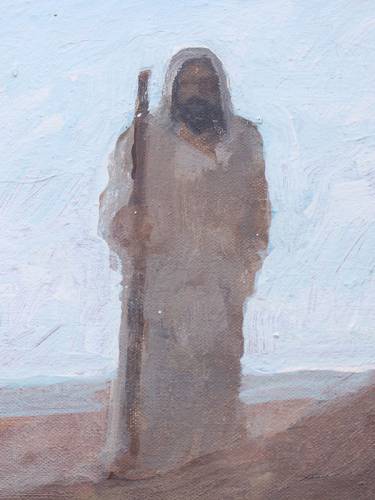 An Introduction to this year’s Lenten Devotional

Matthew 21:10–11 • When he entered Jerusalem, the whole city was in turmoil, asking, “Who is this?” The crowds were saying, “This is the prophet Jesus from Nazareth in Galilee.”

Luke 7:16 • Fear seized all of them; and they glorified God, saying, “A great prophet has risen among us!” and “God has looked favorably on his people!”

This Lent, the prophetic words of Jesus will be our guide to reflection, prayer and discernment.

February 18–24 — The Prophets and the Birth of Jesus

March 4–10 — The Prophets and the Teachings of Jesus

March 11–17 — The Prophets and the Teachings of Jesus (continued)

March 18–24 — The Prophets and the Miracles of Jesus

May the prophetic words — spoken once again — be heard in a new way, providing strength not only for the Lenten journey but also for the journey we call life.

The Rev. Jimmie Ray Hawkins serves as the director of the Presbyterian Church (U.S.A.) Office of Public Witness in Washington, D.C.

He is a board trustee for Union Presbyterian Seminary. He has chaired several interfaith/ecumenical and nonprofit boards. Hawkins’ community ministry includes being a leader for the Moral Monday Movement since its beginning in 2013. He served as a member of the North Carolina NAACP Executive Committee and has been active in justice advocacy throughout his ministry.

Steve Burgess lives in rural upstate New York. He began painting in 2011. His artwork has been on display at the local community courthouse. Burgess enjoys giving his paintings as gifts. He is active in First United Presbyterian Church in Salem, New York.