There’s Something About Mary

Singing her song in the season of  #metoo and #churchtoo 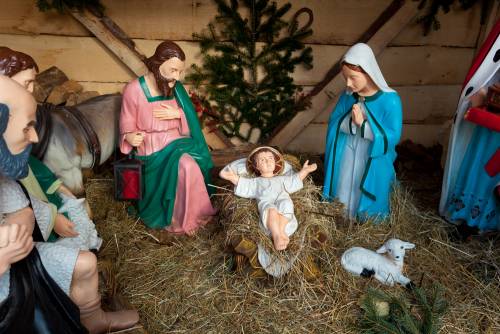 Like most good Presbyterians, I had a weird relationship with Mary as I was growing up. She showed up in Protestant churches for nanosecond during the Advent/Christmas season. I barely noticed her fleeting presence in the nativity scene at the front of the sanctuary — placid, beautiful, and silent — looking down at baby Jesus, the star of the show. Let’s face it, the shepherds and wise men has bigger speaking parts in the annual Christmas pageant. And when I occasionally attended Roman Catholic churches at other times of the year for weddings or funerals, it felt, well, almost embarrassing that so much attention was paid to a woman I didn’t know much about.

Years passed. I went to seminary. I fell in love with Luke’s rendering of Mary’s “Magnificat,” (Lk.1:46-55). Over time, I realized there was much about Mary I didn’t know.

This year began with hundreds of thousands of women marching in Washington, D.C. at the largest one day protest in U.S. history, and they were joined by millions of women around the world. This year will end with the courageous women of the #metoo and #churchtoo movement, who have spoken out about sexual assault, harassment and other forms of sexual violence, being recognized as Time magazine’s 2017 “Person of the Year.”

In this turbulent Advent air, I can’t stop pondering Mary. I think about a young girl who, far from being a submissive, silent servant to God’s overpowering will, was actually a woman demonstrating great courage and agency in her willingness to go all in with God’s audacious plan to take on human flesh.

Think about it. Just think about how much holy imagination Mary must have possessed to see what God was up to. Think about how it was Mary connected the in-breaking of God through Christ and her prophetic words in Luke.  Mary knew something BIG was about to happen and she jumped in with both feet.

The Magnificat is not the timid words of a passive little girl dressed in blue. It is the dangerous, full-throated song of a fully-charged prophet aligned with God’s purposes and blessed with God’s vision through the power of the Holy Spirit. Mary understood that by participating in the birth of Jesus, she was not just giving birth to a baby, but taking part in the overthrow of an unjust system, the kind who regularly ate little girls like her and other vulnerable people for breakfast.

Mary said, “Yes,” but I suspect she had a choice.  In my own maybe-not-so-holy imagination I envision Gabriel visiting lots of women in Galilee to offer them the job of being Jesus’ mother, only to be turned down by one after the other. I don’t blame those women one little bit. Let’s face it – being the mother of God was potentially very risky business (see Mat. 2:16ff).

During this Advent season, it seems to me we owe Mary more consideration beyond the moments it takes to dust off her figurine for our nativity sets. We need to name and honor Mary’s courage. Her prophetic vision. Her deep faithfulness that we often mistake for submissiveness.

Although I realize I may be ticking off a lot of people who really like the song, “Mary, Did You Know?” I think this Christmas we need to celebrate the fact that Mary DID know exactly what she was getting into, did it whole-heartedly, and did so because she had the vision of a prophet and the stubborn heart of a mother. If any human being knew anything about what was about to happen in Bethlehem, it was Mary.

Mary DID know and she consented.

Mary DID know and sang a raucous song about justice.

Mary DID know and raised a human son who treated marginalized people – including women – with love, dignity and respect.

Mary DID know and supported her son throughout his life.

Mary DID know and endured Jesus’ last moments, surrounded by the women when the men were nowhere to be found.

This season is tough for an at-large pastor; the pulpit supply opportunities vanish for preachers like me when Advent occurs. If I were, however, preaching in this season when so many of the women sitting in our congregations are wrestling, mostly in silence, with memories of times when they did NOT consent to sexual harassment and violence, I’d be preaching about the woman who did not meekly submit to God, but stepped out in faith and courage to change the world. I would be talking about Mary as a prophet for her time, and all time, especially now.

If nothing else, as we sing our Christmas carols this year, we really oughta make space for the original:

‘My soul magnifies the Lord,
and my spirit rejoices in God my Saviour,
for he has looked with favour on the lowliness of his servant.
Surely, from now on all generations will call me blessed;
for the Mighty One has done great things for me,
and holy is his name.
His mercy is for those who fear him
from generation to generation.
He has shown strength with his arm;
he has scattered the proud in the thoughts of their hearts.
He has brought down the powerful from their thrones,
and lifted up the lowly;
he has filled the hungry with good things,
and sent the rich away empty.
He has helped his servant Israel,
in remembrance of his mercy,
according to the promise he made to our ancestors,
to Abraham and to his descendants forever.’ 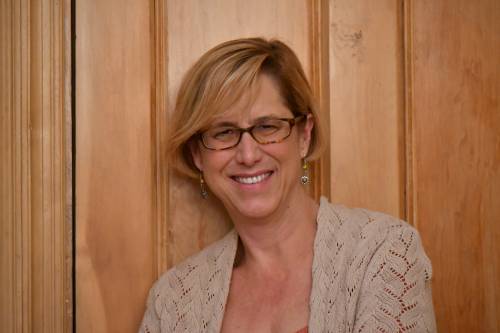 Susan Rothenberg is a leader in the Unglued Church Project and an at-large member of Pittsburgh Presbytery. She has served as pastor to a small church in Pittsburgh, and currently co-moderates the presbytery’s Commission on Ministry and serves on the Anti-Racism Transformation Team. She also serves as a consultant with PneuMatrix. Prior to entering ordained ministry, she worked in marketing, advertising and public relations. She has one husband, two children, and two crazy cats.