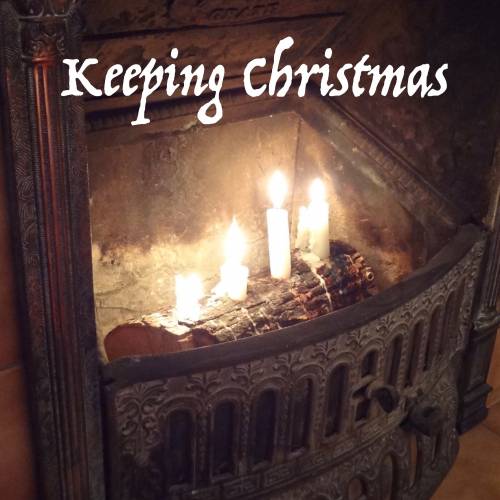 When traditions have to change

How will I keep Christmas this year, in retirement, in this new place? Now that Christmas is no longer part of my job, how will I mark the season?

In my growing up years, we often attended Christmas vespers at the university. It was held in a big auditorium — an old, ornate hall with three balconies. When the house lights dimmed, two candle lighters came onto the stage and lit the candles in the two candelabra, trying to stay in sync and touch off the last candles at the same time.

The orchestra began to play, and robed choirs entered in procession, carrying candles and singing “Come, All Ye Faithful.” They marched down the aisles and up onto a stage bathed in blue light. Readings followed, and lots of music.

Students from the art and drama departments staged scenes under the exotic name of tableaux with lavish sets and unmoving actors in costume. And even before all of this began, as we approached the building on foot, a brass ensemble on the outside balcony played carols while snow drifted down through the cold, still air.

The event morphed over the years to become less overtly and exclusively Christian. Then the auditorium burned down. I’m not suggesting cause and effect here, just noticing that sometimes our traditions, even well-loved ones, are forced to change.

I am wrestling with that now. For more than 30 years, the Christmas Eve service at the church I pastored anchored the season for me. My predecessor started the tradition back in 1952, the first year of his pastoring there, and I was happy to see it continue.

Music and candles and the Christmas story read from the Bible, those were the basics every year. Also, no offering (a gift to the community) and no preaching (another gift to the community?). Some years the choir performed a cantata; other years they sang several Christmas anthems. And the congregation sang carols, the last one with lighted candles, leaving wax drips in the hymnals on the page for “Silent Night.”

I hear they are doing it again this year. The choir, augmented by “seasonal singers,” has been practicing. By my count it will be year 65 for this Christmas Eve tradition, and I will not be a part of it. My Christmas tradition is going to have to change.

So what’s my plan for keeping Christmas this year?

I think church will be a part of it, from the pew side, though I don’t know how they do it here. And decorations—we will definitely have a tree and ornaments and some angels on the mantel. We might even get out the yule log and put some Advent candles in it. (See title photo)

I’m seeing family gathered, not in the house that was our home for so many years, but gathered nonetheless, making memories in this new place. Music, too, will surely be a part of the Christmas keeping. Mannheim Steamroller, James Taylor and jazz arrangements of traditional carols are on the playlist.

I’m also remembering Dickens. In A Christmas Carol, the keeping of Christmas for the ghost-changed Scrooge included increasing Bob Cratchit’s salary and covering the doctor bills for Tiny Tim. I’m not quite sure how to go about it, but I’d like to find a way to improve the situation for the Cratchits as part of my Christmas keeping this year.

And one thing more. I just might dust off my Greek New Testament and take a swing at reading a Christmas passage in honor of the season. Luke 2 is customary, with the shepherds and the angels and no room at the inn. Matthew 2 features the star and the Magi. But I find I’m leaning toward to the Gospel According to John. It tells the Christmas story in just 14 words (15 in English): “And the Word became flesh and lived among us, and we have seen his glory.” (John 1:14 NRSV)

If I can manage to take even those few words to heart, I suspect the Christmas keeping will sort itself out.

Ken Rummer, a retired PC(USA ) pastor, writes about life and faith from the middle of Iowa by the High Trestle Trail.