Is faith about integration or competition?

When culture conflicts with faith

A Reflection: We can’t escape our culture, no matter how hard we may try. We’re raised in it, shaped by it, live in it and cherish it. It’s part of our identity, our dress, our food, our thinking, our customs, our entertainment. As Americans, we are our American culture.

Still, does being American conflict with our faith? My older brother, who went to Yale University, used to have a banner over his fireplace saying, “God, Country, Yale.” For years I’ve wondered, “Is it really God then Country?” I won’t even touch the whole Yale thing.

It seems to me that for many (most?) of us it’s really country then God. To many Americans, we are the “shining city on the hill” proclaimed by the Puritans and mentioned in Matthew 5:14. I don’t have too much of a quibble with America a city on a hill. There are so many great things about America, not the least of which is our religious freedom. But does being a city on a hill mean that we are now the chosen people and others are unchosen? If so, what will the American sector of heaven look like, and will it have Chinese food?

The core of the conflict is that no matter how great America is, our culture of competition erodes our faith. How? By devaluing the spirit of integration that’s at the heart of Christianity. Jesus lived in a time of religious competition. He reformed a tribal religion into an integrative one. Jesus reached out to Gentiles by welcoming, teaching, healing, and loving them. He lifted women up. He formed a faith for all people. He integrated them. He never asked them to stop being Gentile. He simply asked them to fall in love with God, and to make that love the foundation of their lives.

The early church stepped it up even more. They reached out to people at every level of Roman society, creating churches where men, women, Jews, Gentiles, old, young, slave, free, rich, poor worshipped and served together. The early church adopted ideas and perspectives from others. Integration wasn’t just about age, gender, ethnicity, race, economic status, or legal status. It was also about compassionately listening to other perspectives, and integrating them into their own when it was clear that God was speaking something new to us.

We’ve constantly integrated the traditions of other cultures, beginning with celebrating Christmas on December 25th, adopting the date and customs of the Roman feast of Saturnalia. We call Easter “Easter” based on the ancient Germanic festival of Ēostre, which celebrated spring using hares and eggs as part of the celebration.

The point is that Christians integrate. Many of our theological concepts derive as much from Greek philosophy as they do Jewish theology. We have a faith that’s always listened for God through scripture, but also through life. Scripture is the well of our discernment, but the world has always been the field of discernment.

To be a Christian means to be a people who integrate. We welcome. We cooperate. We collaborate. We reach out in kindness and compassion. We are self-disciplined and patient with others. But we live in a world that wants to make our faith tribal and competitive. It wants to pit Catholics against Protestants, Protestants against Evangelicals and Pentecostals, my church against your church, orthodox against progressive, male against female, American against European or Asian or African, old against young, and vice versa for all. And we do it in a spirit of “I’m right, you’re wrong!” Is the converse ever true? Nope! “You are right and I am wrong,…” said no one ever.

We submit to a cultural faith whenever we integrate a spirit of competition. It reminds me of two conversations I had recently. One was with a friend telling me about a seminary professor who dismissed me as part of the lingering problem of white, male voices that dominate the Presbyterian Church. The other was with a white, male pastor who said that the ordination of women was the reason for the decline of the church. Both were competitive. Both were more American than Christian.

The question is what kind of faith do we want—one driven by a spirit of competition, or one driven by integration? 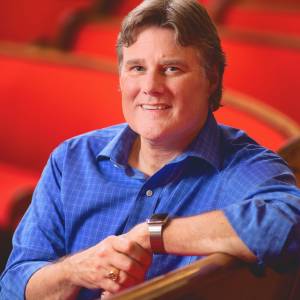