The significance of the insignificant

Finding God in the mundane

God is found most often in the mundane, not the miraculous. But we’re constantly searching for God in signs rather than in subtleties. Wisdom grows as we embrace the significance of the insignificant. 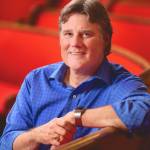 like us!” which meant looking, acting and becoming like Romans. Certain that their sophisticated ways would impress the Celts, success was guaranteed. How could the Celts not see God shining through their Roman brilliance?

They didn’t fare too well. The Celts were an independent and sometimes violent people. They didn’t take kindly to being told what they must do. Instead, they responded by rejecting the Gospel and taking the missionaries’ heads.

Patrick was different. He had spent years as a Celtic slave, tending sheep and finding God’s presence in and through all living things.

Years later, after his dramatic escape and eventual ordination as a Catholic priest, he returned to the Celts and introduced the Christian faith. What did he do? He didn’t point to magnificent things. He pointed to the mundane. He said to them, “God has been here among you all this time. Look at your beloved shamrock. It’s one flower with three leaves. God put it there to show you that God is one but also three.” He helped them see God in the mundane, not the magnificent or the miraculous.

All of us have looked for God’s guidance in hoped for signs and miracles, but that’s rarely how God speaks. When we don’t find clear answers to our prayers, we often wallow in woe as we plead with God. Or we assuage our anger by turning away from God. Or we insulate ourselves in numbness as we snub God. The problem all along has been that we’ve looked for God in all the wrong places. We’ve expected God to write an answer across the sky. Meanwhile the answer has generally been in something simple—something we’ve ignored because it’s too ordinary.

God often speaks through subtle situations—through something someone says to us that resonates deeply; through a sunset, flower or event that evokes a sense of deeper peace; or through a natural sense of calming as over-thinking ebbs and wise thinking flows.

Wisdom comes as we intentionally become more aware of God throughout life. As we do, we will notice how much more present God is in the mundane as all of life becomes a sacrament. This actually roots us in the sacraments, which are built on simple, mundane elements: water, wine, bread. And it’s out of these simple elements that profound experiences grow.

Wisdom is always found more in the mundane than the miraculous, the insignificant than the significant and the simple than the sophisticated.