Can we connect people who love God but not church? 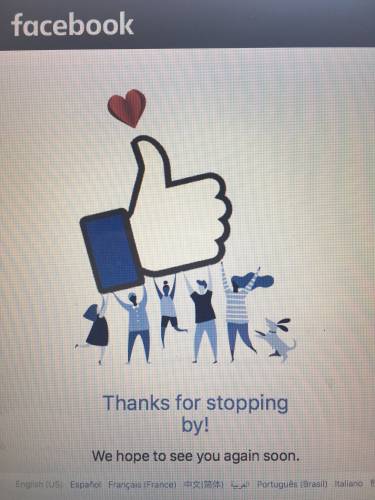 One of the reasons I am grateful for Facebook, despite its dastardly power to distract me from the useful tasks I should be doing, is that social media has reacquainted me with people I haven’t seen nor heard from in decades.

Many of the people who knew me in high school, college, and as an advertising executive are surprised – let’s be honest, stunned really – to find out I am a minister in the Presbyterian Church (U.S.A.). After they get over the initial shock, they all seem compelled to tell me why they don’t go to church.

Most of these old friends most closely resemble the “Dones” we all read so much about. The  Dones I hear from are not tattooed Gen-Xers or Millennials, but rapidly aging Baby Boomers like me, who are just coming to terms with gray hair, expanding waistlines, and wrinkles we all richly deserve after spending too much time outside with nothing between our skin and the sun but a generous slathering of baby oil. Even as I am writing that sentence, I can still hear the sizzle of my sun-soaked lifeguarding days.

We are all in our mid-to-late 50s now, and grew up in that deeply mourned Golden Age when pretty much everybody attended worship, Sunday school, Vacation Bible school, youth group, and played church league basketball sponsored by one Christian brand or another.

As I look at my friends on Facebook, I can tick off from memory where most of the people with whom I grew up went to church; they were all Lutheran, Episcopalian, Methodist, Presbyterian, some non-denominational and some Roman Catholic.

Most of my Facebook peers are not involved in organized religion of any sort, anymore. But because I am their old buddy Susan who, can you believe it?, became a minister, they love to talk with me about God and other church-y things.

The conversations are really interesting. Some talk about how hard it was to detach themselves from very sticky childhood faith traditions, and how the scars still haven’t quite healed. Some of them abandoned the church when they realized their sexual orientation had to be hidden or prayed away for them to be accepted. Some found their churches to be overly patriarchal and unwilling to accept women in leadership.

Many Catholic friends simply couldn’t get over their disgust about how sexual abuse by priests was covered up and denied. Some were raising children with disabilities and felt their kids were unwelcome in Sunday school, so it was easier to stay home. Others just grew tired of the “this is the way we’ve always done it” mentality. In my own ministry, I’ve seen people get burned out by committee work, discouraged by conflict, dismayed by gossip and fed up with petty battles over cherished turf.

I talked with a friend a few weeks ago and she said she still prays, but cannot bring herself to walk into a church. The wounds of rejection she suffered as a result of her sexual orientation are still too fresh. Yet, she continues to consider herself a person of faith who wants desperately to stay engaged with God. As I listened to her story, and other stories, and even as I thought about my own story and the times I felt ready to walk away,  I remembered Jacob who wrestled all night long with the angel, demanding his blessing, and walking away the next morning still engaged with God, but walking with a painful limp.

I related this story to a friend who is also a therapist as we were talking about people who limp away, and she said this: “My question to the church is this: are you willing to build a wheelchair ramp for scarred and limping people? If not, they want nothing to do with you.”

Those of us who have thrown in our lot with organized religion tend to get a bit defensive when people talk about us in ways that make us feel bad about ourselves. We bristle at words like “hypocritical” and “judgmental.” And yet, we wonder why people leave us and never come back.

I’ve yet to meet a group of church leaders who don’t say their church is “friendly” and “just like family,” but I have arrived in many congregations on a Sunday morning as a first time visitor only to be ignored because everyone is talking to their friends in the pews. The church hides our wounds, makes our excuses, and tries to present a suspiciously tidy, shiny face to the world, instead of the authentic love of Jesus Christ who came to us as fully human, sat with us in ash heap of human suffering, and didn’t hesitate one bit to show his scars to his friends and reach out to hurting people that everyone else had written off. Jesus spent his entire ministry on earth building ramps of connection to the people he met, reconciling people to one another, and ultimately reconciling us to God.

If the church doesn’t build ramps of acceptance, love and grace, people will want less and less to do with us.

For some churches, the ramp may lead to someplace other than a traditional sanctuary, like a coffee shop or a living room, where people can build community in a place that might feel more safe and sacred to them than a big room with stained glass.

It may mean building a ramp to a Sunday school classroom or worship space with accommodations for the growing number of families who are raising children on the autism spectrum or have other physical and intellectual challenges.

A ramp may lead to new forms of making decisions which focus on consensus rather than majority rules.

Other churches may build their ramp with alternative worship times or opportunities for community gatherings that acknowledge the pressures facing young families.

Are you willing to build a new wheelchair ramp – or maybe a few — for the sake of the Gospel?  Are you ready to embrace and authentically love the people with a limp who come into your midst? 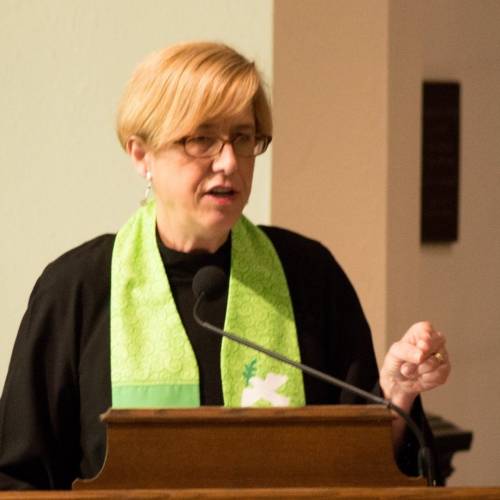 Susan Rothenberg is a leader in the Unglued Church Project and an at-large member of Pittsburgh Presbytery. Formerly, she has served as pastor to a small church in Pittsburgh, and currently co-moderates the presbytery’s Commission on Ministry and serves on the Anti-Racism Transformation Team. Prior to entering ordained ministry, she worked in marketing, advertising and public relations for companies in Baltimore and Pittsburgh. She has one husband, two children, and two crazy cats.