Tuesday of the Fifth Sunday in Lent

I live the life everyone wants. Even at my tender age, God has rewarded me with affluence and influence within the Jewish community. Yet somehow I remain unfulfilled. Whatever I do, I wrestle with a sense of inner disquiet. Peace eludes me.

Jesus, that avant-garde rabbi, was in the area today. I decided to go and ask: What was I lacking? He told me to sell everything I have, leave everyone I know, and follow him.

I still don’t understand — he wants me to cast aside the very symbols by which I’m recognized as worthy of receiving God’s blessing? He wants me to leap into the unknown without a safety net? I considered his offer, but as tempting as the promise of finding assurance sounds, I can’t do it. When it comes down to it, I’d rather be unfulfilled than unsafe.

Jesus, give me grace to follow you into the unknown. You’re the only safety net I’ll ever need.

The Chi-Rho is one of the earliest symbols of Christianity. It is the combination of the first two letters of the word Christ in Greek. The symbol was popular with Roman converts and was even inscribed on the helmets of Roman soldiers. 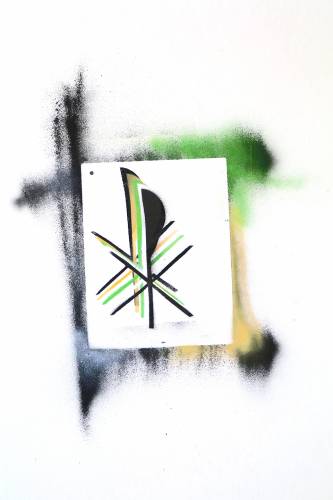