Without change, there is no resurrection. 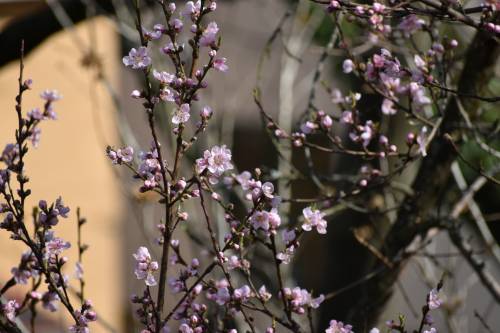 If you go to a church which follows the Revised Common Lectionary, this Sunday you may hear (or preach) a sermon based upon the story of Mary, Martha and their brother Lazarus (John 11:1-44). Jesus’ raising of Lazarus from the dead is the last of John’s seven narrated “signs” of Jesus, all of which point to his identity as Messiah and lead people to believe in him.

It is a powerful story, overflowing with extraordinary human emotion. The text poignantly portrays Mary and Martha’s grief, not only because their brother has died, but also because they feel abandoned and maybe even a little betrayed by Jesus (“Lord, if you had been here, my brother would not have died”). The story also describes Jesus’ grief as he weeps with Mary, giving us both the shortest verse in Scripture and perhaps the most deeply human moment in Jesus’ ministry (“Jesus wept”).

The story ends with the figure of Lazarus stumbling out of the tomb, stinking to high heaven, still wearing his burial clothes. When Jesus calls out, “Unbind him and let him go,” we can easily imagine the joy of the mourners.

My guess is they were not very joyful for very long. Maybe the thing that bothers me about this story also occurred to the mourners.

After all, this miracle only buys Lazarus a little more time. Like all of us, Lazarus will go on to die, only this time he will not be resuscitated. As far as I know, once people are safely buried in the ground, they do not emerge four days later in the manner of Lazarus.

What Lazarus experiences is not resurrection, but resuscitation.

I know many church leaders who are desperately hoping for their congregation to be rescued in the same way as Lazarus. Some leaders feel as if their church is deathly ill and dying. Maybe they feel their congregations are pretty much as good as dead. Like Mary and Martha, they’ve been waiting and praying and hoping for Jesus to show up and perform some kind of miracle like rolling back a stone so their church will come back to life:

They want to roll back the stone of financial insecurity.

They want to roll back the stone of conflict.

They want to roll back the stone of dwindling membership.

They want to roll back the stone of fatigue that comes with age and angst.

They want to roll back the stone that will buy them just a little more time.

They want to roll back the stone, but – surprise! — they don’t want to change.

I wonder what it might mean to churches if they were willing to think beyond resuscitation and begin to consider resurrection, understanding that resurrection means being changed, converted into something altogether new, and receiving the power of the Holy Spirit in a new way.  Paul says it all in 1 Corinthians 15:51-54:

Listen, I will tell you a mystery! We will not all die, but we will all be changed, in a moment, in the twinkling of an eye, at the last trumpet. For the trumpet will sound, and the dead will be raised imperishable, and we will be changed. 53For this perishable body must put on imperishability, and this mortal body must put on immortality.54When this perishable body puts on imperishability, and this mortal body puts on immortality, then the saying that is written will be fulfilled: ‘Death has been swallowed up in victory.’

In fact, as we anticipate the Easter season, I think we all need to take time to listen to Handel’s The Messiah, to appreciate the triumph of God’s promise.

If I were to choose a theme song for the Presbyterian Church (U.S.A), I don’t think I could choose a better one than this movement from The Messiah. I do not say this in jest; for churches who are facing a changing world, the promise of resurrection as we experience in Jesus Christ is our only hope.

Without faith in the promise that we are being made new, we don’t have a prayer. If we spend all of our energy and resources attempting to resuscitate the corpse of what we once were, we will have nothing but the stink of deadness on us.

In fact, I just saw resurrection a couple minutes ago when I looked out my window into my backyard where I saw a cherry tree. Just a week or so ago, that cherry tree appeared deader than dead. Today, it’s blooming its head off in that show-offy way of Spring blossoms. And you know what? Those flowers are not the same flowers I saw last April. They’re brand new life, totally unique, very specific, right-in-this-moment flowers which, in the fullness of time, will give way to fruitfulness, which will give way to seeds which will fall to the earth and become new life all over again.

In these final days of Lent, what are the stories of resurrection you hope to see in your life? In the life of your church?

In this Easter season that is quickly approaching, let us pray not to settle for momentary resuscitation, but hold on to the promise of real resurrection in the person of Jesus Christ.

Susan Rothenberg is a leader in the Unglued Church Project and an at-large member of Pittsburgh Presbytery. Formerly, she has served as pastor to a small church in Pittsburgh, and currently co-moderates the presbytery’s Commission on Ministry. Prior to entering ordained ministry, she worked in marketing, advertising and public relations for companies in Baltimore and Pittsburgh.