We were grazing our flocks outside Jerusalem tonight when an angel appeared. I can’t really describe it—the air got heavier. The atmosphere pulsed, and it felt so bright that I couldn’t see, even in the middle of the night. We were all terrified.

Now, remember, we’re shepherds. People rarely pay attention to us, and if they do, it’s to remind us we’re the scum of the earth. We handle dirty animals, we’re castoffs in polite society, we’re not allowed to hold public office . . . yet this divine messenger told us that the Messiah everybody’s been waiting for has finally come.

And if that wasn’t crazy enough, we’re supposed to find God’s chosen savior in Bethlehem, wrapped in rags, lying in a food trough. We decided that we had to go and see this for ourselves.

Prayer: Jesus, help me realize that the very ones who make me uncomfortable might be the ones you’ve called to bear your good news. 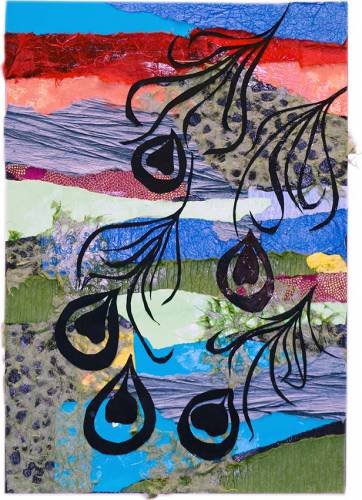 The peacock is recorded in ancient stories as a symbol for immortality. Early followers of Jesus carved peacocks on the walls of secret meeting places and catacombs, where the early Christians illustrated the story of Jesus’ resurrection. The peacock thus became a Christian symbol for life after death.

Members of First United Presbyterian Church of Belleville, IL are using the devotional as a framework for worship and education. Members of all ages read, researched and portrayed one of the characters on video as a way to meet Jesus in new ways. They have shared the videos with us — and with you!