Remembering Jesus in the chaos 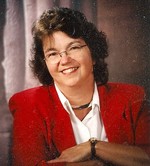 Christmas Sunday graces a century a dozen times or less, and I have celebrated it eight times in my lifetime, yet rarely with the awe it deserves.

Our children were young in 1988 and easily corralled, for they had been awake since long before sunrise and were ready for for a the lullaby “Away in a Manager.” The church was cold and pews mostly vacant, but the music warmed our souls. We finished the scheduled Christmas hymn-sing and Scripture reading with a calypso piece.

“Every Morning is Easter Morning,” I sang.

I was one of the Easter People and my new life had just begun. I tucked that sentiment in my heart. Church and Christmas became synonymous in my mind that Sunday.

Then Sunday fell on Christmas when the kids were older.

“Do we have to go?” My youngest glanced from the game board, eyes pleading, “Can’t we just stay home?”

A part of me wanted to curl up on the couch and watch the re-run of A Christmas Story while our own unfolded around me. My husband withheld his opinion, but his expression revealed that he, too, would rather hibernate this blustery December day.

“We were in church all last night,” my teenage son moaned.  “And we all had a part in the Christmas Eve program,” he continued, as if counting points toward a reprieve. His eyes lit with what I read as “Surely Mom, even Jesus would have been allowed to play with his new computer.”

Our guest-daughter tsked-tsked, and with teenage Bronx savvy told her host brother, “Don’t you know that in this family, you be going to church even when you dead?”

I laughed at the truth in that. We were going to worship God this day, I decided with self-martyred resolve.

We arrived in the same cold sanctuary, same sparsely populated pews, and the same liturgist greeted us—but this time spiritual corpses occupied our space. We sang a dirge of carols. I steeped my soul in bitterness, angry at my children’s seemingly ungrateful spirits, and my husband’s seeming unwillingness to challenge his wayward offspring. We did not sing that Calypso piece, but “Still, Still, Still” undermined my self-righteous ire.

Afterward, we chatted with the few die-hard congregants eager to return to families who had opted for sleep or leisurely coffee rather than worship.  Sunday chilled this Christmas to the bone.

The rest of the day was a whirl of activity initiated by an extended-family brunch that mellowed into a wassail-and-cookie daze. We finally did curl up to watch A Christmas Story. I closed my eyes and asked forgiveness for our bad attitudes in church—me the worst offender.

“Every day’s resurrection day,” came lyrics to my mind.  “The past is over and gone! Good-bye guilt, good-bye fear, good riddance!”

And as I snuggled into forgiveness to enjoy the warm coals of Christmas-almost-spent, my littlest nestled under wing.

“We forgot the Baby Jesus,” she whispered.

We gathered around the nativity where our tradition was to place Christ in the manager on Christmas morning. Our youngest moved the camels two steps toward to Bethlehem, as our middle posed the sheep for the big event. The angel nudged the shepherds closer.

As my children vied for the honor of placing Jesus in the scene, I noticed Ebony had kept her distance. She had joined our family as a Fresh Air Child summers earlier when she was barely six. She now lived with us full-time.

“Let Ebony do it,” our middle suggested.

All three children insisted, but when our youngest handed Baby Jesus to Ebony, she hesitated. I recognized the alien in a strange land, a child in a manager a long way from home.

“You do it — it’s your family,” her eyes implored.

“Yours too.” I whispered.

“You’ve never had a turn,” her heart-sister pleaded.

Ebony put the baby in the manager, and my husband slipped his arm around my waist.

That evening the children performed a piano medley of their entire repertoire from Roger’s and Hammerstein’s My Favorite Things to Heart and Soul. When our youngest launched into Beethoven’s “Ode to Joy,” my soul swelled in worship.

Easter morning had, indeed, arrived on Christmas Sunday once again.

Memories will cajole what I anticipate will once again be moans and protests in a playful tug-of-war. Though we will be short one daughter (and her husband), along with Ebony and her family, the rest of us will go to Christmas Sunday service. Perhaps, I’ll request that calypso piece ahead of time.

Roberta Updegraff is the author of six mysteries with Guidepost Books and was featured in their compilation Prayers for Every Need.  Her work has appeared in diverse publications including Mission Mosaic, Christianity Today and Focus on the Family. She is also an ambassador for Special Offerings. She and her husband support Hogar de Niños Renacer (Home of Reborn Children), an orphanage in Honduras where Roberta volunteers several weeks each year. They live in northern Pennsylvania. Visit her website.