Reality, Hope and the Gospel 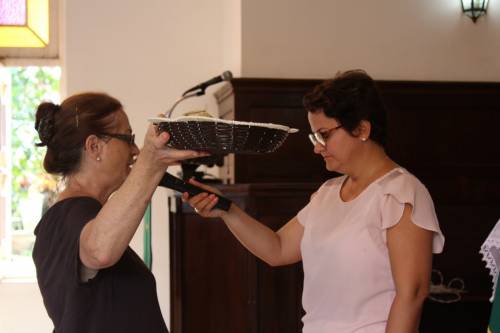 This time we had running water everyday for the morning shower.

When I first visited Cuba back in 2004 for the first time since I left in 1967, I wrote an article for the denomination where I used the unpredictability of having water in the morning for a shower as a metaphor for all the contrasts and paradoxes I found in my native land.

This time, even though there was plenty of water, the intersection of spiritual, social, political, cultural and economic factors is palpable and continues to be difficult to fathom and describe.

The Cuba Partners Network of the Presbyterian Church (U.S.A.) held another quadrennial Encuentro, literally an ‘’encounter” or meeting, in Cuba with our partner church La Iglesia Presbiteriana Reformada en Cuba (The Presbyterian Reformed Church in Cuba). We discussed the recommendations from the Advisory Committee on Social Witness Policy ‘’New Hopes and Realities in Cuban-American Relations: A Nuevo Momento.’’ mandated by the 222nd General Assembly (2016).

The meetings took place in the Seminario Evangélico Teológico (Evangelical Theological Seminary), en Matanzas, Cuba. Approximately thirty PC(USA) pastors and elders representing congregations in partnership with Cuban communities and staff members from World Mission joined Cuban pastors, met with about the same number of leaders of the Cuban church and students from the seminary for prayer, Bible study, small group discussions and lively conversations over savory Cuban meals. The morning and afternoon breaks included strong Cuban coffee and pastries – a delight to the palate and a jolt of energy for the long conversations under the hot and humid environment.

I will let others deal with the actual outcomes of the conversations for the future partnership of the two churches. I made it a point to engage in conversations with taxi drivers, hotel and restaurant workers, and just plain people on the streets. However, most of my contacts were with lay and clergy members of the Cuban church.

Part of what I wrote in the article in 2004 I believe it still applies today: ‘’I was very impressed by all the Cuban pastors that I met, both women and men. The synergism created by the realities of daily lives and the challenges of the gospel has developed into what a prominent leader of the Cuban Church described as a teologia de las cazuelas, which loosely translated means “a theology of pots and pans.”

In other words, just like twelve years ago, these pastors preach and minister not from air-conditioned sanctuaries, but from the food lines and hospitals and clinics without adequate medicine or equipment, sharing the frustrations of a people who suffer from the embargo imposed by the United States on the island nation as well as from the inadequacies and shortcomings of the Cuban government’s policies.

Some things have changed of course. The liberalization of the economy by allowing small businesses to flourish has given part of the population a chance at a higher standard of living.

This type of micro-capitalism, however, has also given rise to an economic disparity not seen in over 50 years. This income disparity is made significantly greater by the 20% of Cubans who receive foreign remittances from friends and family living abroad.

The re-establishment of the relations between the US and Cuba has given our Cuban sisters and brothers hope for an opening in individual liberties and freedom of expression.

All this has also introduced a high level of anxiety in the country, and many fear what type of macro changes this may bring to their society. 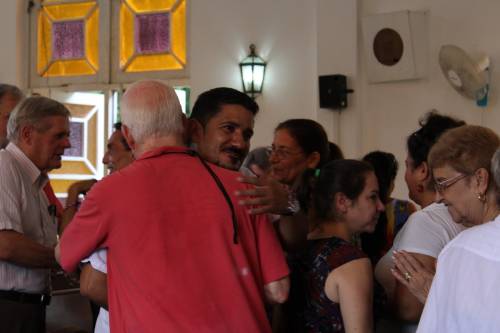 The church in Cuba, regardless of denomination, also reflects the tensions and contrasts of the society in which it lives and ministers. Religion in Cuba has been going through a revival of sorts for many years. People have been searching for faith in God to counteract the harsh realities of their daily lives.

A question comes to mind: Will a complete restoration of the relations between the two countries affect this spiritual renewal?

If the economic conditions improve, will the gods of material things and greed drive the people away from the God of love and justice and community who they have so deeply followed?

Moreover, will the social safety nets that exist now in Cuba such as universal health care, education and a healthy sense of community and mutual care – certainly elements and characteristics of God’s kin-dom -disappear once the process of restoring the relationship between the two countries is complete?

Will McDonald’s and Walmart bring prosperity or more social stratification?

The Cuban people continue to pray and hope. They have not lost heart. They are still waiting.

And I am glad to say that we in the Presbyterian Church (USA) are also waiting with them.

When we pray for them; when we visit them showing them our love and solidarity; when Living Waters for the World builds water systems in their congregations and neighborhoods; when we send them funds to rebuild their temples or buy resources or fix the old truck or even when we send them one of our old trucks, we are concretizing our solidarity with the Cuban people in order to bring about justice and hope NOW.

Let us continue to be in koinonia with the Cuban people, and the promises of God will become a reality someday soon, because God has always been their God and they have always been God’s people…

Above all, pray for reconciliation between sisters and brothers in Christ, separated by only ninety miles of water, but thousands of miles of ideologies. 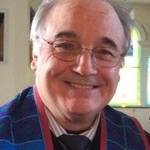 Antonio (Tony) Aja is a teaching elder member of the Presbytery of Santa Fe in the Presbyterian Church (U.S.A.) and currently serves as pastor of Westminster Presbyterian Church in Santa Fe, New Mexico. He earned a Doctor of Ministry degree at McCormick Theological Seminary. A former refugee from Cuba, Tony has developed new ministries with refugees and immigrants in Florida and Kentucky. He has been a missionary, pastor, executive director of an ecumenical ministry, and staff at the PC(USA) headquarters.