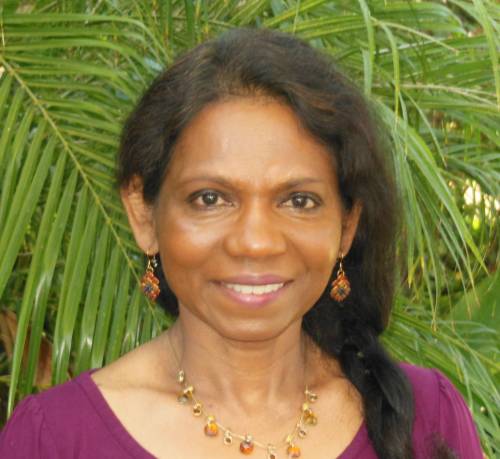 What does it mean to be a Christian during the 2016 presidential elections?

“Jeremiah, the prophet” my pastor Mark Davis said, during a recent sermon “in his letter to a people in exile, living among enemies, is using the language of the promised land. Despite captivity and exile, he advises them to build houses, plant gardens, marry your enemies, have babies, thrive, and pray for the city to which they’ve been exiled.” I perked up. He was preaching some of my favorite Bible verses. The sermon made me wonder about the homeless church.

The advice in Jeremiah 29: 1, 5-9, to build, plan, marry, thrive, and pray for their enemies offers prophetic hope. According to Davis, “Prophetic hope is not about predicting the future. It is about the moment, and speaking to the trajectory of the moment.”

Embedded in Jeremiah’s hopeful advice to thrive and seek the welfare of enemies is an invitation to those exiled and to us to understand why God has chosen to exile them, us; to explore why God allows the suffering and exile to happen in the first place. “Prophets don’t practice foresight,” Davis said. “Prophets are forthright about their insight: They insist that their insight is right.”

To be a community of prophetic hope is timely during a perilous, tumultuous, and violent political season unlike any other. As I’ve been reflecting upon the season, I’ve wondered: How does this play out in real life when churches, as tax-exempt organizations and in keeping with IRS regulations, don’t endorse or oppose political candidates?

You see, I blame the evangelicals for our behavior and actions over the last decade as the critical factor that has led to the current humiliating, reality TV-based electoral situation. I have some grounds for this belief. Earlier this year, in March, Barna reported, “Although evangelicals are the religious segment most likely to characterize the outcome of this year’s presidential election as ‘extremely important to the future of the United States,'” they are the group least engaged thus far with the presidential race.”

More recently, Barna research found “that the presidential race is tight and is drawing on very different segments. … Trump holds a 55% to 2% lead over Clinton among evangelicals.”

For a long time now, we, American evangelicals of all stripes, conservatives, progressives, middle-of-the-road, ambivalent, have been caught up in nationalism, partisanship, and other forms of worldly politics (e.g. sexual or gender identity and equality, capitalism, consumerism, materialism) more than a single-hearted focus on following Jesus by loving and praying for our enemies. We have forgotten that the church is “homeless”

Miroslav Volf describes the homelessness of the church in The Church as a Prophetic Community and Sign of Hope (1993):

“The church can be a sign of hope for the world only if it is a stranger in the world. Being a stranger is not simply a posture which the church takes in relation to the world; it is rooted in the very being of the church as anticipation of the new creation. Because the kingdom of Christ is ‘not of this world’ (John 18:36), the world cannot be the commonwealth of Christians (Phil. 3:20); they can only be ‘aliens and exiles’ in it (1 Pet. 2:11).”

Evangelical preoccupation with rights and beliefs still predominates, leading us to perpetuate national and other hegemonies, boundaries, and human exploitation amidst a struggle for prophetic hope and fight for justice. My own culpability in our country’s systemic injustices and predatory politics and economics is what I am wrestling with as I try to discern God’s calling for myself in Jeremiah’s prophetic hope to exiles: build, plant, marry enemies and pray for their welfare. Miroslav Volf is also helping me think through this and I offer some of his words in closing.

“Only prophetic communities can truly worship and only worshipping communities can truly be prophetic. … The church is not called to proclaim itself as a sign; it is called to be a sign before the watching world. … This gives the homelessness of the church in this world a strictly eschatological character . . . Spirituality is the soul of prophetic existence . . . A dynamic relationship with God is one pole of prophetic existence. The other is the prophet’s identification with the people.”

The question for me is: How can I identify with those whom I blame for our current predicament and offer prophetic hope?

Anita Coleman is a wife, mother, and scholar. She has published many books. Her most recent book is Path of Grace, a children’s, diversity, read-aloud story that starts in an island fortress off Finland and ends in a water-wise garden in Southern California, by way of India, illustrated with color photographs. Anita serves on the boards of the Presbyterian Writers Guild and Presbyterian Women.