A Garden You Never Get to See 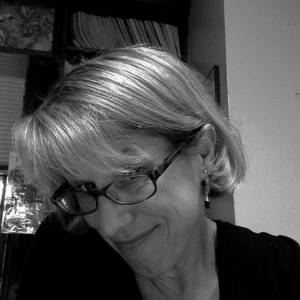 Planting seeds for the future

I don’t know much about hip-hop. Until this summer, I didn’t know much about Alexander Hamilton beyond the ten-dollar bill in my wallet. After reading rave reviews of Lin-Manuel Miranda’s hit Broadway musical, Hamilton, I decided to watch some YouTube videos with songs from the show. The first song I listened to was, “Wait for It,” which is the most beautiful song I’ve heard in years.

I downloaded the whole soundtrack that day. In the course of a few 12-hour car trips, I pretty much memorized the whole show. My family is tired of Hamilton, but I love it, although I still haven’t mastered Lafayette’s tongue twisting rap lyrics on “Guns and Ships.”

The overarching theme of the musical is Hamilton’s obsession with his legacy. Hamilton moves through the show as a man in a hurry, intent on leaving a lasting mark on the new nation. The young, scrappy, and hungry immigrant sees great possibilities where others only see grave risks.

But at the end of the show, as he is dying, Hamilton utters these words: “What is a legacy? It’s planting seeds in a garden you never get to see.”

Like Moses leading God’s people to the Promised Land, Hamilton received only a glimpse of America’s future. The fullness of his vision is only realized after he is long gone from the scene.

Could Alexander Hamilton have imagined his legacy would include an award-winning Broadway musical written in hip-hop?

In working with churches, I’ve discovered it is sometimes difficult for leaders to imagine, much less trust, what they cannot see. Many decide to hold on as tightly as they can to the church they have always known instead of letting go and planting seeds in anticipation of the new thing God is creating, which may be:

A future church with more brown faces than white.

A future church with less organ music and more hip-hop.

A future church happening in the streets instead of a sanctuary with pews.

Jesus knew about legacies. He said: “Very truly, I tell you, unless a grain of wheat falls into the earth and dies, it remains just a single grain; but if it dies, it bears much fruit” (John 12:24). We know Jesus is right, but it is difficult for congregations to trust that promise. But that is how this “legacy” stuff seems to work in the Kingdom of God. 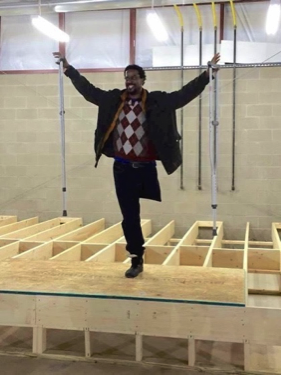 Eugene “Freedom” Blackwell planted seeds of change that he did not live to see take root.

Presbyterian minister, Reverend Eugene “Freedom” Blackwell, recently died at the age of 43. From the moment we met in 2008 when I served as a seminary intern at his first church, I knew that Freedom was a deeply committed disciple of Jesus Christ, gifted with a vision of God’s dream for the neighborhood in which God called him to serve – Homewood, one of Pittsburgh’s most racially segregated and impoverished neighborhoods

Freedom could make me crazy because he had very little patience with paperwork and procedure. He felt more at home hanging out and sharing the love of Jesus with “everyday people” on the street than sitting in a session meeting. Eventually, he understood his call was to minister to the people who wouldn’t set foot in church.

Some of our “decently and in order” rules for starting something new in the PC(USA) frustrated Freedom to no end. When he faced the sticky question of how a new church could become self-sustaining in a neighborhood with one of the lowest average household incomes in Pennsylvania, I remember him saying, “I guess some people can’t afford Jesus.”

He started a new church anyway. Freedom was persistent, inviting people from all over the presbytery to Homewood, encouraging bankers and bartenders, rich and poor, black people and white people, to come and see what Jesus was up to in the neighborhood Freedom loved with his whole heart.

House of Manna, the church Freedom and his wife Dina “Free” Blackwell started on the street corners of Homewood, began to grow and thrive, supported by leaders of Presbyterian and non-Presbyterian churches large and small, and eventually by local foundations who were blessed by Freedom’s vision.

This past June, the cancer Freedom battled for almost three years began to spread through his body. Yet, one of the last public speeches Freedom gave was to the General Assembly in Portland where he served as the overture advocate on behalf of Pittsburgh Presbytery, calling the PC(USA) to substantively address the worsening plight of African American men. The overture calls for the creation of funds for programs that disciple, educate and help black men to rise up in five cities, and the effort has been named, “Freedom Rising” in Freedom’s honor.

Could Freedom have imagined his legacy would include a national commitment to reach out to men in Homewood and similar neighborhoods in five American cities?

The gifts of the Holy Spirit are seeds we hold in our hands, but we hold them only for a season. They are seeds harvested from gardens planted by our ancestors and entrusted to us so we can plant new gardens. In the “Unglued Church,” we encourage congregations to consider how the seeds may be planted to support the mission of Jesus Christ in the world.

Susan Rothenberg is an at-large teaching elder in Pittsburgh Presbytery. She has served as pastor to a small church and currently serves on the presbytery’s COM as well as in leadership of The Unglued Church Project. She is married and has two amazing kids. See her personal blog at https://lostinwonderblog.wordpress.com/