Do not be afraid

Changing the way we think of suicide 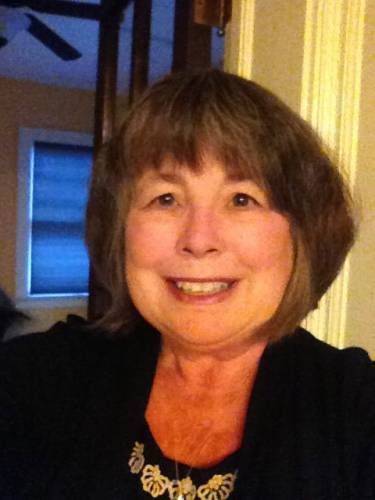 Within a few days of my son’s death by suicide, a chaplain said to me, “You can’t stop people. If they are determined to end their lives, they will.”

I could not fathom how that might be comforting news, but I was too numb to respond. Since that week, I have heard the same thing countless times. We – and that includes pastors and therapists – are loathe to give up on traditional wisdom. But such remarks do not constitute wisdom. They are not borne out by the research, and they are heartbreaking and they are dangerous and they are wrong.

We don’t say that deaths from cancer, or heart disease, or HIV, or diabetes are inevitable. We work on treatments and cures. How could we possibly do less for those at risk of suicide?

And we know the perfect role model in Jesus Christ. Have you ever noticed Jesus turning away from someone in need? Heard him say, “Can’t do anything about that?” No, you haven’t. Even to Lazarus who was dead. Jesus showed up late, but it turned out that he had his reasons. And those reasons weren’t that he wanted to prove the situation hopeless.

We, too, can confront the challenges in front of us. We can learn, and we can work, and we can put fear aside.

Indeed: Do not be afraid.

Do not be afraid to ask. You cannot incite people to suicide by asking about it. Use the word. “Are you thinking about suicide?” Euphemisms won’t do it. Don’t waste your time, and theirs, by asking if they are all right, or if they have thought about hurting themselves. There are those who consider themselves to be “ok” once they have made a plan, and if they are in significant pain, they may no longer think of suicide as “hurting themselves.” Ask directly, and use the word. Get it out there, in the open.

Do not be afraid to listen. Those close to death by suicide often believe that no one is listening to what they have to say about their feelings. Listen closely and carefully. Do not rush in with exclamations about tomorrow being a better day. Do not fill in the silence with platitudes. To someone who believes that no one is listening, those words will ring hollow. Depression, which probably lies behind the vast majority of suicides, is a critical and yes, deadly, illness. Illness does not respond to blithe words of assurance offered without a back-up plan.

Do not be afraid to learn. There are signs. People talk about their despair, their sadness, their hopelessness. People mention plans, or their sense that others will be better off without them. None of these are idle words. Do not assume that they are, or that people “don’t mean it.” Do not assume that someone who works productively all day and kisses her children good-night is safe. Do not assume that the people you love to the moon and back will not take catastrophically irreversible action.

Do not be afraid to act. In emergency situations, call the police. Accompany someone to the emergency room. Help people make appointments and help them get there. Do not assume that they will follow through on promises to go. As a college instructor, I have dialed the number of student services, handed the phone to the young person in question, and followed up to make sure the appointment has been kept. You won’t know if you are saving a life. But you might be doing just that.

Do not be afraid of the survivors (those who have lost loved ones to suicide) or those with lived experience (those who have attempted suicide and survived to tell the story). We are regular people. We are not unapproachable because of our connection to suicide. (And no, those we love did not “commit” suicide. People do not commit cancer or heart attacks or suicide. People die of illness or injury. They die by suicide.) We are not clueless or careless parents or spouses or siblings because we did not know. And we are not “catching.” Your loved ones will not die just because ours did.

Do not be afraid of your own discomfort. At least three individuals made jokes about suicide in front of me in the years immediately following my son’s death, two of them to my face. I know that it was their own unease speaking. Same for friends who steered the other way in the grocery store. (Yep. I saw you.) It’s ok to admit that you don’t know what to say. It’s ok to offer wobbly words that translate to “I’m here, and I care.”

We in our family didn’t know, and we cannot know unless we educate ourselves. I take some comfort from a flier given to me eight years ago, that said, “If you had been responsible for this death, it would not have happened.”

But over 40,000 Americans die by suicide every year. Forty thousand times dozens more are left to wrestle with the consequences. To say that our loved ones could not have been saved, have recovered, and have lived their lives to the fullest is to dishonor them by identifying them solely by their means of death, and to risk the lives of thousands of others.

We may not have been able to help them, despite our deep love and best efforts. But we can change this. Do not be afraid.

This is National Suicide Prevention Week. Mary Robin Craig is a PC(USA) pastor currently serving an ELCA congregation. She and her husband lost one of their 24-year-old twin sons to suicide in 2008, and she is now an advocate, writer, and speaker for suicide prevention. As a volunteer with the American Foundation for Suicide Prevention, she has made several trips to Washington, D.C. and to Columbus, Ohio to advocate for mental health legislation and funding.