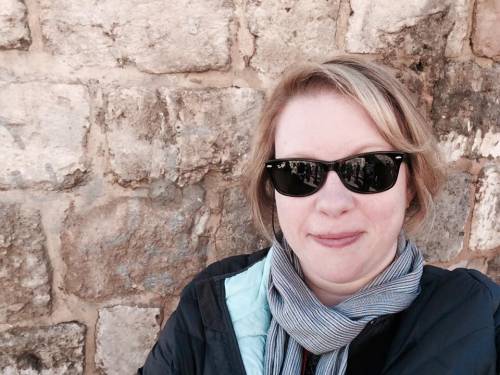 Things that stand in the way of change

We are our own worst enemy.

When it comes to creating and maintaining change in the church we work against ourselves time and time again. We pile up all the reasons that our hands feel tied: it’s not the right time, we don’t have enough resources, or nobody will cooperate to be the change.

None of these reasons seem to stop Jesus, but we let them stop us in our tracks.

It’s easy to name all the barriers to adopting a new mindset. They easily rattle off our tongue.

The pastor says: I want change, but the leadership just doesn’t seem to get it.

The elder says: I want change, but the pastor just doesn’t seem to get it.

The congregation says: We want change, but no one would support that.

The presbytery says: Churches assume we are only there to help them close or work on conflicts.

Thankfully Christ can and has moved around and beyond these barriers– imagined or real.

Churches that are seeking change, change that is more than a one time fix, change that creates a culture in which constant motion and reflection is essential and life-giving, are a reality because of Christ’s work in them.

Christ can accomplish more than we can possibly imagine in and through us. There isn’t a limit on what can be worked on, questioned or tried. Christ’s power and presence with us is inexhaustible, even when we feel like we are at our wits’ end.

From my place in the world, as a pastor who merged a declining congregation with another, we aren’t doing a very good job at talking with one another. We are still asking questions we don’t really want the answers to, at least at first. We are desperate for things to be different, but we are afraid of hurting each other’s feelings or running out of steam all together. We believe and trust Christ will never leave us, but we end up acting like he’s hiding.

When the congregation I served started really talking to one another and were ready to make decisions about its future, I had just seen a video about Project Regeneration from the Presbyterian Foundation.

It was such a blessing to get to work with representatives from the Presbyterian Foundation because they came alongside us in an effort to help us talk to one another honestly about our finances, our mission dreams, and our responsibility to be good stewards of all that we had been entrusted.

In our case– there were three barriers that were impeding us from moving forward and embracing change: people, property and possibilities.

People. As a community of believers, we were all over the map in terms of our opinions and where we wanted to draw lines in the sand. It can be quite tricky to create an environment where congregation members and staff feel like they both can be heard and are able to share their hopes and dreams for the future of the congregation. Having an outside facilitator deepened our conversation significantly.

Property. It was daunting to think and talk about the implications of selling the church building, let alone the nuts and bolts of finding the right kind of real estate agent who understood our goals and priorities. Leaning on folks in the presbytery who had gone through this before and working with an agent who actually prayed with us changed the tone of our interactions.

Possibilities. The possibilities of what would come next seemed endless at first, and not in a good way. It took much more time and effort than we would have guessed to come to consensus on how to move forward and in what direction. Careful consideration of all the options resulted in a decision that folks felt was faithful and sound.

While there are barriers to church change, we serve Christ who breaks them down with and for us. We don’t need to be our own worst enemy, if we trust in the life-giving words of scripture. The church has a number of gifted servants who are willing to walk with us along the path, if we are willing to let them.

Reverend Sarah Robbins led the former Dormont Presbyterian Church through a season of discernment that resulted in the sale of their historic building, nesting with a neighboring congregation, and merger with Wallace Memorial Church where she served as associate pastor. Together with colleagues in Pittsburgh Presbytery, she is a leader of the Unglued Church Project.