Make A Donation Click Here >
Home › Interfaith › Living In Between 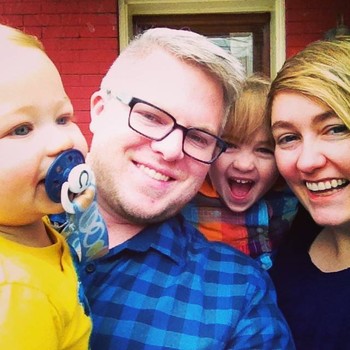 I don’t know
I may not know how to solve the terrorism that struck Paris and Beirut, but I do know something about Christ, and about love, and about relationships that cross boundaries.

A student much smarter than me once commented that she was surprised when I responded with “I don’t know” to a theological question. I feel like all I say sometimes is “I don’t know.”

I just don’t know. I didn’t know what to think or feel this weekend, and I have consistently avoided faces, names, and stories because there are days that, between the personal suffering around me and global suffering, it is just . . . too . . . much. I can feel my anxiety start to weigh me down. I can picture the walls starting to close in. So, I just don’t know what to do.

On Friday, I knew that an interfaith team of students had raised $600 in just four hours to donate to Doctors Without Borders for the care of Syrian refugees. I knew that would be matched by our university president, a Jesuit priest, making the total $1200. I knew that when I stopped by the donation table outside the cafeteria, I found two Catholic students and two Muslim students, educating their campus and getting to know each other. Sunday evening, I knew that as I stood at Christ’s table, as I broke the bread and poured the cup, as I prayed, three Muslim students I worked with sat with us. Just before the benediction, after I read a portion of Matthew 25, they came forward to share news of the effort with our worshiping community of mostly Protestant students. On Monday, the air electrified as these students did the math and realized that they had surpassed their goal of raising $3000. 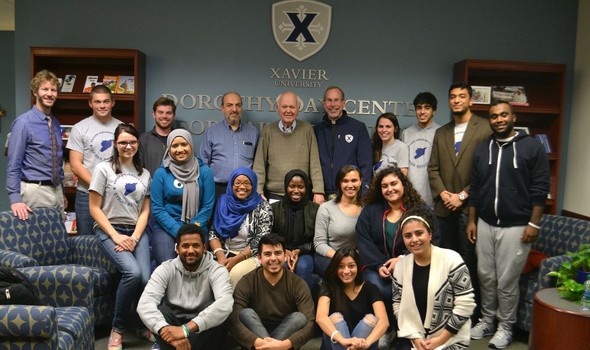 On an immersion trip to Southeast Asia while I was in seminary, I got to know a poet who I would later collaborate with, be inspired by, and call my friend. As a visual artist and a pastor, I didn’t think we had much in common. She dealt in words, and I in images. She was sharing her hometown in Vietnam with us and had been a Fulbright there. I couldn’t figure out how I had even managed to get on the trip. In the dark of the early morning, in the lobby of our hotel in Ho Chi Minh City, she called me into the process of serving God by being fully myself. She read Mary Oliver’s poem, “Wild Geese.” “You only have to let the soft animal of your body love what it loves… The world offers itself to your imagination, calls to you like the wild geese, harsh and exciting—over and over announcing your place in the family of things.”

I have spent most of my life hesitating to claim my place in “the family of things.” Afraid of what it might mean to admit that I might make a difference, even in a small way. Because—if I can influence people for good, or for God—then I can just as easily (or even more easily) influence them in negative ways. I can hurt them. I am so afraid of this power of destruction that I have limited my own power for good. If I have a place in the family of things, then I have to do something about it. Every. Day. I struggle with my own worth, my own ability. I struggle to matter. If I can serve God, I can much more easily fail God. Safer to deny that I can do anything at all. 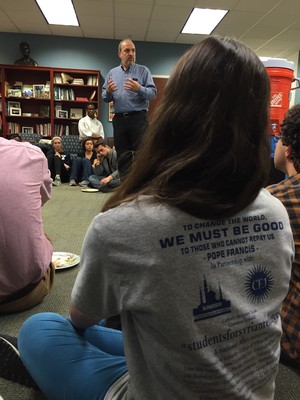 But I don’t have to know.

Because I know Jesus. I know that love works, relationship-building works, community works.

If I listen, the world is announcing my place in the family of things.

Even if I don’t know.