Make A Donation Click Here >
Home › Dialogue › Not Quite Right 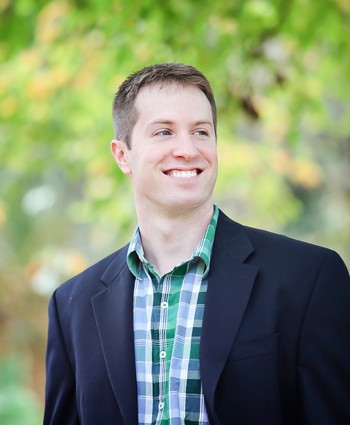 We assume too much . . . and not enough
Can we tell a better story about those different from us?

Pardon the not-exactly-church-appropriate language, but here’s a saying I love: “When you assume, you make an ass out of ‘u’ and ‘me.’ ” Not exactly comedy gold, but you get the point: when you assume something’s true without proof, you can make a mess of things.

A couple years ago the churches my wife and I served took part in a “pre-test” of the Presbyterian Church (U.S.A.)’s marriage study, a prelude to the denomination’s vote on whether to allow same-sex marriages or not. Our churches were small, in the rural South, and conservative. One of the other churches doing the pre-test was larger, in an urban area, and progressive. That other church’s presbytery invited my wife and I to their next meeting to give a presentation and then participate in round table discussions.

Things were weird from the start. A presbytery member called, and as we talked I got the sense that he was trying to establish his “rural Southern street cred” (if that’s a thing). He kept saying how he was from the South, had friends in the South, and loved rural churches. I said, “That’s great, but why are you telling me all this?” He said, “Well, the committee thought that since I’m from the South, and you’re from the South, we’d have a better chance of you coming if I made the call.” That’s when I told him I was from upstate New York. He sounded shocked . . . and a little embarrassed.

My wife and I said yes and traveled to the city for the presbytery meeting. We opened with worship and joined the folks there in congratulating a woman who was retiring from her role as pastor of an inner-city church. She had spent much of her life as a champion for the rights of the LGBTQ community. With a vibrant rainbow stole over her shoulders, she gave a moving speech recounting her ministry and received a well-deserved standing ovation at its conclusion.

Then it was our turn. I spoke first. The audience looked skeptical and guarded. They seemed to be bracing themselves for something provocative and disagreeable. I gave my remarks. I talked about how it can be difficult even to entertain a discussion about new ideas (like same-sex marriage!) in a rural, conservative-minded, traditional church. How I was very open to the conversation, but faced resistance from those in the study group.

After my wife spoke about her experiences with the study, she sat down, and I said, “Tough crowd, huh?” She said, “That was awkward.” After folks from the other church spoke, it was time for the round table portion of the evening.

‘Go ahead and fill in the backstory for people you don’t know. But make it an AMAZING story.’

I moved to the table closest to me and suggested we go around the table and introduce ourselves. I don’t remember what anyone said until it was time for the woman sitting to my right to speak. I turned in my seat and smiled at her. She stared at me with a blank, determined expression, like she had something she was going to say and nothing would stop her. She looked at me and said, “I support the work of More Light Presbyterians.” I waited for more, but nothing more came. I extended my hand to her and said, “It’s a pleasure to meet you.” She looked down at my hand and then back up into my eyes. After a moment I pulled my hand back.

As we sat there in chilly silence, my head spun. All anybody in that room knew about me was that I was the pastor of a conservative, traditional-leaning church in the rural South. So why the cold reception?  Why did that woman act like I was an aggressive opponent of More Light Presbyterians? Did she think I was the polar opposite of the woman who spoke so beautifully about her inner-city justice work? Did she not consider that I have in fact devoted much of my ministry to issues of poverty and other justice work?

I don’t know. I don’t have a clue what any of the people there were thinking. But I do know what they did. They took the very little they knew about me and filled in the rest of my story themselves. They assumed my story. It was a story based on stereotypes and half-truths about where I came from. It reminded me of the fundamentalist preacher in my town who wouldn’t have lunch with me because I was Presbyterian and was therefore “too liberal.” But I had come to expect it from him. This was different—these were people in my own “family,” and that hurt. An event that had been intended to open us up to differing viewpoints and foster fruitful discussion had ended with silence, disorientation, confusion, and anger.

If the church, the PC(USA) in particular, has a future, this has to change. But how?

Everybody, everywhere, assumes things about people they don’t know. But have you ever noticed that we assume the best possible things about the people who agree with us (or look like us, or sound like us) and the worst possible things about the ones who don’t? That’s what that woman did. We were on opposite sides of a particular issue, and she made up a horrible story for me. If I’d been from an urban, progressive church I bet she’d have told me her name.

We might not be able to stop assuming, but we can stop assuming the worst. So here’s my suggestion: go ahead and fill in the backstory for people you don’t know. But make it an AMAZING story. If they hold a position you don’t agree with, make up a reason why they hold that position that you sympathize with. For instance, what if that woman had assumed that although the majority of people in my church were hardline conservatives I was actually deeply torn over the marriage debate, that I held the traditional view but was struggling in my own mind and heart with what I believed. What if she had assumed that I was excited to come to that meeting because I needed to go somewhere where I could voice those struggles without being judged for it, or losing church members, or having the church I pastor lose mission partners in their town. Would we have agreed on everything? Of course not. But imagine the conversation we could’ve had!

Imagine how our most divisive conversations could change if we assumed the best of those different from us. It wouldn’t heal all wounds and end all divisions, but it would sure help take us in a new direction. People could be drawn together instead of driven apart. That’s a church I long for. That’s a church I’m committed to creating.

Joshua Bower is the pastor of First Presbyterian Church of Albany, Georgia. His passions include laughing (especially in church), Starbucks Italian Roast, the Buffalo Bills, trying new things in old churches, empowering those in poverty, and being half of a clergy couple raising two kids who touch his soul and try his patience daily. Josh is on Facebook at facebook.com/jleebower.