A pastor of a rural church explores matters of faith 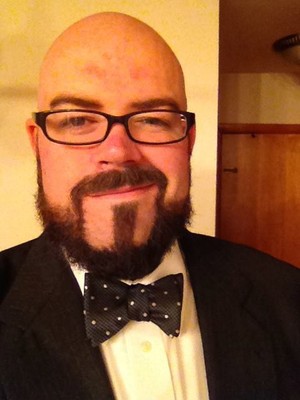 Wanting a city,
loving the country
The blessings of rural ministry

My sister was in town recently to watch our boys for a couple days, and I was checking off my last-minute chores. She’d come a little early and was accompanying me on my parade through the local stops. As we pulled into the bank’s drive-through lane, the teller greeted me by name. I said hello, told her how much I needed, and she passed the cash out. Standard fare, right?

But where that might seem a gloss, that was actually the entirety of our engagement.  My sister had watched the whole transaction and was shocked. Then, she started laughing.

I didn’t pass the teller my bankcard or driver’s license. I didn’t offer to scan my thumbprint or even sign my name.  I asked for cash, and she handed it out. That it seems so normal to me is probably a clue that I’ve been here awhile. I’m a pastor in the country.

This is the story of how I got here.

I was just a few short months from graduating from Pittsburgh Theological Seminary when I started looking for a pastoral position. My wife and I had a five-year-old and a baby on the way, so if there was any possibility of having work right away, I was going to do whatever I could to help.

Having lived in the city those three years, we had enjoyed the public park up the road, the multitude of museums, and the proximity to so many people. When I started looking through the churches that the PC(USA)’s version of Match.com had paired with me, there was quite a variety (and some great options, including some urban churches), but I wanted something closer to my parents’ home in southern Ohio. That meant doing a little digging myself. My father has some health concerns, so I wanted to be close enough to get there quickly if he needed help.

‘The country has been, however, a great place to crucify my secret dreams of being an All-Star pastor. Those dead dreams have given way to a resurrection of ministry.’

As I scanned the list of Ohio congregations seeking a pastor, Huntsville stood out quickly. It was not a part of the state I’d spent much time in and was a chunk of time away from the museums and cultural events we’d taken to while in Pittsburgh, but after some conversation and prayer, I felt an undeniable call to serve this rural community.

And I’m not alone in that. Most pastors in the Presbyterian Church (U.S.A.) do this kind of work. Serving a village church, or even just a smaller congregation, isn’t the sexiest pastoral position on the planet. You’re not likely to explode in numbers, have the most diverse community in the presbytery, or be featured in a special video at General Assembly. The country has been, however, a great place to crucify my secret dreams of being an All-Star pastor.

Those dead dreams have given way to a resurrection of ministry.

I’ve gotten to know my people, to watch their kids, to eat in their homes, to hold their hands while they cry. They prayed for my family while my wife struggled to find work. I received grace as I stumbled through my first years of weekly sermon writing. Together, we’ve sought what it means to worship God and love our neighbors in this place, at this time. We’re exploring what Eugene Peterson (echoing Gerard Manley Hopkins) frames as Christ at play in 10,000 places, even in this place, with its one traffic light (no, seriously).

The narrative of Scripture, at its most basic, tells the story of God’s gracious acts on behalf of God’s people. It starts in a Garden and ends in a City. But we’re not there yet, and in these middling years, we, like hobbits, are learning to love Jesus where there are growing things.

Here, where the acres of soybeans and corn dominate the landscape and where children have pigs named Breakfast, Lunch, and Dinner, I invite you to take a walk with me down this winding country lane and consider what ministry and the gospel taste like when they’re fresh from the farm.