The justice-minded musings of a minister 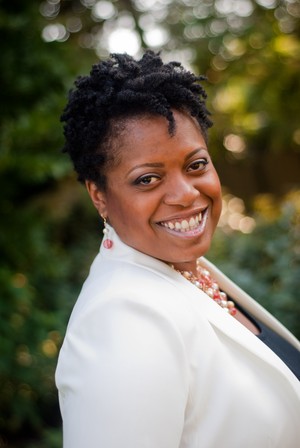 I live and minister in Prince George’s County, Maryland. “PG County,” as we affectionately call it, is a wonderful and interesting place to live. Nearly 65 percent Black/African-American, it is home to one of the largest concentrations of Black wealth in the country. PG County is also Christian—really, really Christian. In 2010, 364,688 PG County residents reported their religious affiliation as “Christian.” More than 40 percent of the county professes that they love, worship, and follow Christ. That’s higher than any other county or city bordering Washington, DC.

PG County also has the third highest rate of domestic violence in the state, behind only Baltimore city and Baltimore County.

That statistic is disturbing on its own, but is probably even more so when you consider how largely Christian we are. Of course, not every victim or perpetrator is Christian, but wisdom suggests that, given the demographics of the county, many are. Thankfully, the county’s Domestic Violence and Human Trafficking Supportive Services Division understands this and has been actively engaging faith communities in the fight against domestic violence.

They know that when victims finally decide to come forward about their abuse, they usually do so to their faith leaders. Sadly, that’s as far as many of them go. Often the leader is ill equipped to address the revelation, doesn’t know how to get the victim proper help, or, even worse, convinces the victim to return to their abuser.

Victims often attribute their decision to stay to the teachings of their faith traditions.

~ Divorce is a sin.
~ God has commanded us to forgive.
~ S/He repented before God and has vowed never to do it again. Shouldn’t that be enough?

Similarly, abusers use faith teachings to justify their behavior.

~ A wife should submit to her husband.
~ Parents who spare the rod don’t love their children.
~ You can’t throw that in my face; I’ve been forgiven!

October is Domestic Violence Awareness Month. Our churches have an obligation and an opportunity to proclaim freedom in Christ in a very practical way, namely the freedom from violence and intimidation in the name of “love.” To do this, the church is going to have to take a hard look at itself and re-examine some of its practices. Here are some practical ways the church can combat domestic violence and the attitudes that birth it:

1. Pastors, use your pulpits.

Too many people will go their entire lives never having heard a sermon on domestic violence. Often the greatest chance we have to reach those who cross our thresholds is during the homily. There is no better time for us to frame a hermeneutic that unequivocally names domestic and intimate partner violence (in all its manifestations) as sin.

David and Bathsheba’s story is not one of mere adultery. She was incapable of saying “no” to the king and had no choice in the matter. In other words, she was raped. Be clear about that.

While we love to read the story of Ruth as one of faithfulness, love, and redemption, let’s not neglect to consider that Ruth had been exploited by her mother-in-law, who placed her in a compromising and potentially scandalous position in order to secure her own future.

Sanitizing the text and reducing it to a mere morality play won’t help anyone get free. Get comfortable with the text’s messiness. Condemn certain actions in the Bible when it fails to do so itself, especially in the cases where someone (especially a woman) is victimized or exploited.

3. Get men behind your efforts.

People tend to view domestic violence as a “women’s issue.” But it is important to note (and often ignored) that men, too, are victims. Women and men are being battered and killed by family members and intimate partners. What’s more, the church’s teachings on gender have undergirded some troubling ideas about masculinity, male leadership, and the place of women in church, family, and society.

I’ve always wondered what it would look like if our men’s ministries took up the cause of ending domestic violence as explicitly their own. What if every October the men of the church came to service wearing purple, speaking against violence, and handing out literature? How would that shift perceptions of domestic violence in your community? Think of how that might empower more men to share their stories. Think of how that might suggest to a female victim that her male perpetrator isn’t just being a “man” and that masculinity shouldn’t be associated with control or violence.

4. Make a domestic violence protocol for your church.

Does your municipality have a domestic violence resource center? If so, do you know where it’s located and what the intake process is? Is there a nearby ministry with the resources to take in a battered person? Would you know what to do if a parishioner confided in you about their abuse? Do you know not to invite the abused and the abuser to undergo couple’s counseling? Do you know your limitations and when to tag in someone else?

This is where our relational skills are going to have to be employed. We need to familiarize ourselves with the people and resources available to our community. We must work with our sessions and deacon boards to draft and adopt a domestic violence protocol and educate everyone on how to dispatch it. Our preparedness could be a matter of life or death for someone.

The church can no longer afford to let reluctance, bad hermeneutics, and ignorance continue to cultivate this ugly, egregious, and insidious sin among our ranks. We can do better. We must do better.

T. Denise Anderson is a PC(USA) teaching elder and the pastor of Unity Presbyterian Church in Temple Hills, Maryland, where she was ordained. Before serving there, she led the English Ministry at Taiwanese Presbyterian Church of Wilmington, a faith community of mostly second-generation Taiwanese Americans. She lives in the Maryland suburbs of Washington, DC, with her husband and daughter and is a proud graduate of Howard University School of Divinity. She likes to sew, take in concerts, and hop on a bus to New York City for no reason at all. She blogs at Soula Scriptura.