Thinking with a not-so-colonized mind 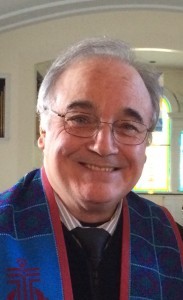 Why I (still) love Pope Francis
How a humble priest from the slums of Buenos Aires has changed the face of Catholicism (and Christianity) for me, despite him not being everything I want

I am a Presbyterian pastor. I try to follow the tenets of the Presbyterian Church (U.S.A.) and the Reformed tradition to the best of my abilities. This tradition, despite its modern commitments to ecumenism, is rooted in some harsh anti-Catholic rhetoric, and I admit that for a while I bought into it. Catholicism’s legacy of colonialism in my home country didn’t help either. Then, I heard about Pope Francisco, and everything changed.

Growing up in Cuba, a predominant Catholic country, I naturally attended Catholic schools and received their Communion and religious education in my early years. The Castro Revolution changed all that.

Rebellious and agnostic during my teenage years in the United States (my family having fled Cuba), I eventually returned to the Christian faith as a Baptist. Later, I attended seminary and transferred my ordination to the PC(USA) because of its emphasis on social justice and inclusiveness.

Mujerista, womanist, and feminist theology, combined with advocacy on behalf of my LGBTQ sisters and brothers, came after that.

I even had the privilege to participate in an ecumenical delegation to the Vatican and Pope John Paul II representing Latino Presbyterians during my tenure as staff for the former General Assembly Council of the PC(USA). I must admit, even though I considered myself an ecumenist, I still had a chip on my shoulder and was very critical of the Pope, the Roman Catholic Church, and what I considered its “heretical” ecclesiology and doctrine. Its history as co-participant in the brutal colonization of the Americas weighed heavily on my mind and heart.

On the other hand, as a Latin American myself, the election of Francisco, an Argentinian son of immigrants to the papacy, signaled for me a validation of the fact that Global South Christians were being recognized as a growing force in Christianity. But I still had my doubts.

Then Pope Francisco’s life story, rhetoric, and actions began to surface. He even came to the United States and spoke before Congress, the United Nations, and other venues. No need to repeat here his powerful speeches and sermons advocating for the poor, care for the environment, and immigration as a human right, all couched in a forceful critique of “one-way economic globalization,” capital punishment, capitalism, and the war economy. We all have seen the newscasts and read the social media accounts.

All of the sudden this Catholic priest in the vestments of the once-hated Catholic hierarchy was resonating with my own beliefs, theology, and what I hope were some of my own actions in ministry!

I found myself jumping for joy, full of what someone on Facebook called “Protestant envy.”

Yes, Francisco and the Catholic Church may have a long way to go on issues related to women in ordained ministry, reproductive issues, and total inclusiveness for our LGBTQ sisters and brothers. I wanted him to be as direct and prophetic on those issues as he has been on immigration and poverty. I wish the Catholic Church would take steps to finally do away with what I perceive to be archaic doctrines and prohibitions drawn more from our culture than from the gospel.

As a matter of fact, his meeting with Kim Davis, the Kentucky county clerk who refused to issue marriage licenses to same-sex couples, was a disappointment for me as well as many others. It seems the meeting may not have been an endorsement, as originally claimed, though that remains unclear. For my part, I have no objection to the meeting itself; Jesus sat with tax collectors and Roman centurions. Nor do I have a right to ask the Pope to be less true to his convictions on this matter anymore than my conservative brethren do on issues of climate change and poverty. I am glad that the Pope met also with many others, including a gay couple, and my desire is simply to see him live up to the radical love and hospitality he has espoused (which, in my opinion, is not possible without an embrace of the LGBTQ community).

Whatever happened, I am, however, willing to give Pope Francisco the benefit of the doubt. Why? Because regardless of whether we Presbyterians and Protestants like it or not, he has the “bully pulpit” and the exposure to speak for Christians in a global context. Moreover, he is a rare leader who seems to practice his convictions in his daily life. I may not agree with all of his convictions; in fact, I may vehemently disagree. But I respect his authenticity. And I respect his seemingly genuine desire to be true to his reading of Scripture regardless of its popularity or politics. He, in his very person, offers a forceful critique of Americanized Christianity that often seems to pray more at the altars of consumerism, capitalism, and nationalism than it is does at the feet of our homeless, state-executed, table-turning Lord.

His call to act upon our faith in Jesus Christ in order to create a better world defined by justice, love, and compassion is also our call as Presbyterians.

I am willing to continue to learn from this humble priest who came up from the slums in Buenos Aires to be a prophetic—as in “forth-telling”—John the Baptist, calling us to live up to the expectations of the gospel; a gospel that favors “the least of these” over the trappings of our denominational and cultural traditions.