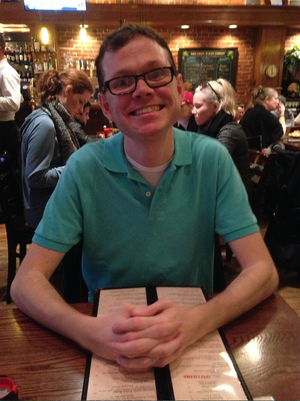 Body shaming Kim Davis
There are many reasons to critique Kim Davis’s refusal to issue marriage licenses; her body is not one of them.

By now, you’ve surely heard about Kentucky’s county clerk Kim Davis refusing to issue marriage licenses to same-gender couples on account of her religious beliefs. Let’s put aside the religious beliefs/religious freedom issue. There’s been enough written about that already. What I want to talk about is the incredible vitriol directed against Davis, taking aim at something as irrelevant as her appearance.

I’ve seen many comments on social media and web articles calling her ugly and fat. Let’s get this straight: you are allowed to disagree with her and call her actions bigotry. You are allowed to call her out for her hypocrisy. You are allowed to agree with the decision to put her in jail. But you are not allowed to dehumanize her, to call her names like “ugly” or “fat” or say something like, “How could anybody want to marry that?” That, my friends, is a person. And no degree of wrong or injustice warrants such language. In fact, such words are part of another injustice known as body shaming, and that is never OK.

Body shaming is usually defined as insulting someone or criticizing someone because they are either too fat or too thin (though it could also target disabilities, height, and other characteristics of a person’s body). It promotes the idea that only one body type is acceptable. People are constantly criticizing female celebrities for being too fat (although this almost never happens to male celebrities, which is another topic for another day). We call overweight people lazy and make comments like “well, if they would just tried harder to lose weight instead of sitting on the couch eating chips all day . . .”. Comments like these ignore the many other factors that can cause a person to be overweight, such as genetics, lack of access to healthy eating choices, lack of knowledge about healthy choices, a history of abuse, and depression.

Personally, I have experienced body shaming on the other end of the spectrum. I weighed less than 100 pounds all the way through high school. I got called anorexic every day. You better believe that has affected my own self-image. For the record, I’ve never had an eating disorder (something we also have to be careful not to stigmatize). I’m in great health. I eat constantly and have a healthy diet. Yet, even now, I can’t escape fully the hurtfulness of those comments. I’m still dealing with them almost 20 years later and still sometimes look in the mirror and don’t like what I see.

Even now, I’ve had to deal with my fair share of body shaming. It comes about when people say that I’m too skinny or that I need to eat more or that they want to fatten me up. I know these comments aren’t meant to be hurtful and are usually said in jest, but to someone who struggles with body image issues, they do hurt, and they don’t sound like a joke. Instead, they make me reconsider whether or not I should go into pastoral ministry at all knowing how much of it is an image-conscious industry where I will be constantly judged or criticized for my appearance. (It happens to pastors all the time.)

There’s no one perfect way to look. We all have flaws. We all have parts of ourselves that we wish we could change. It’s trite, I know, but beauty actually is in the eye of the beholder. And the only beholder that truly matters is the One who shaped up with loving hands.

Yes, I get how easy it is to fall into the trap of body shaming people. I’ve been guilty of it too. It is particularly easy when we don’t agree with someone else’s views or object to their behavior. But for too long, human society (and often the church) has equated physical appearance with the morality of one’s character.

When it comes to Davis, criticize her choices, not her person, not her body.

I want to make it very clear that I do not in any way support Davis or her views. I think she needs to follow the law and issue marriage licenses. That is her job. If she doesn’t want to do her job, she needs to resign and allow someone else to do it.

However, just because I disagree with her does not give me any right to call her “fat” or “ugly” or any other horrible names I might come up with. Davis is still a beautiful child of God. That hasn’t changed just because she happens to disagree with you or even has wounded and oppressed you. She is still beautiful, and so are you.