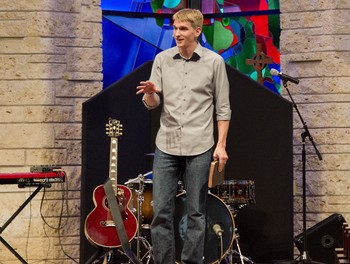 A future without memory
Why sources of authority are paramount

Monasteries are remarkable places. For example, most monasteries pray through all 150 psalms each week or month. I’m told that, particularly among the old-timers, their memory is so saturated with Scripture that they weave phrases from the psalms into their conversations without realizing it. Augustine’s writings are like that too. It’s hard to know where he ends and where Scripture begins.

When I reflect on the last decade or so, the one change that rises above all others is the influence of technology. Specifically, it is the mobility of the Internet that I find most remarkable. So long as we’re not in a dead zone, we can now access a universe of information instantaneously.

Technology can be great in all sorts of ways. But if we juxtapose a portrait of a typical American (fixated on their smartphone) with a portrait of a psalm-saturated monk, I notice a tragic deficiency in the American: memory.

When we have so many sources of information at our fingertips, we have little need for memory. Memorizing information becomes merely a fail-safe in the catastrophic event that my phone battery dies. All the hard work I did in high school history class—memorizing dates and names and locations—is awash. My fantasy of being the main character in Good Will Hunting, who upstages the pretentious grad student in a pub by proving his memory is far superior, is moot. We don’t need to memorize stuff anymore, not really. We have the Internet.

I don’t write this to bemoan technology. It’s just a change, even if a very fast change. Instead, I want to tease out one implication for what it means to live in a culture stripped of memory, particularly from the standpoint of the church.

I remember taking tests in middle school where the teacher would say, “I want to find out what you know.” Knowledge was the thing to be tested. Knowledge, she presumed, would lead to intelligent adults who make good decisions. But if knowledge is now always at the ready, what is it that now makes for good decision-making? I’d like to suggest that the most important question is no longer “What do you know?” but “To where do you turn for answers?” (Certainly, this latter question is not new. The ancient Hebrews asked it. Plato asked it. Kant asked it. But it seems to be the particularly defining question of this era.)

The sources of authority to which we turn are paramount. Through technology, everyone is providing information that everyone else can access. But whom can we trust to provide good (i.e., credible) information? If we’re writing a research paper, is Yahoo Answers an adequate source? Wikipedia? If we’re looking to buy a product, are the advertisements sufficiently trustworthy, or do we need to read reviews to learn what the crowd thinks? And if we’re trying to learn what it looks like to live faithfully for God, are the Christian-like thoughts of a viral video sufficient, or do we need to cling fastidiously to Scripture?

A world that makes all information available tends also to value that information equally. This new approach to knowledge provides no filters; it places, in equal standing, wisdom next to foolishness. It undermines authority. And while that leveling effect can free us from relying on untrustworthy authorities, it raises a problem for a different kind of authority: Scripture.

I recently heard a preacher give a sermon that was winsome, thoughtful, and hope-filled. However, it wasn’t clear from which passage he was preaching. So someone asked. The preacher had not brought a Bible into the pulpit, so after being provided one, he fumbled around and then concluded that he wasn’t sure. I struggled with what to make of this, but I finally decided I was really bothered by it. I don’t need all preaching to conform to one style or approach. But if a sermon can arise independent of the biblical text, it would seem the preacher is claiming a source of authority other than Scripture.

In contrast, I once heard a trusted Bible teacher suggest that a preacher is never to put down his or her Bible while preaching. That way, the text is (quite literally) ever before both the preacher and the congregation. There’s no confusion about where we turn when we seek to make wise decisions.

Today’s church may need to do a better job of keeping its Bible open. I hate to be so predictable—me, an evangelical, calling the church to continue in its fidelity toward Scripture. But too often our temptation is to crowdsource our questions about God, and about life, and about what it means to live in Christ. We are too quick to listen to the majority. After all—the thinking goes—if product reviews are the most trustworthy and authentic representation of a product’s performance, surely the crowd is equally capable in the realm of Christian belief.

But that simply isn’t the case. Oftentimes Scripture speaks in ways that are very unpopular. If Scripture is our go-to authority, we will heed its wisdom in spite of our misgivings. However, if Scripture is just one source among several, we will naturally prioritize those sources of authority with which we more readily agree.

As Presbyterians, we do rely upon one another in our interpretations of Scripture. But the voice of the church, or the crowd, is not equivalent to the voice of Scripture. Our Confessions give great emphasis to the primacy of Scripture. It’s never Scripture and _____. It’s always Scripture first, and then other sources of authority second.*

If we are losing our memory, may we exchange our knowledge of Scripture for a deeper reliance on Scripture. May God’s Word ever be our guide.  “Blessed is the one . . . whose delight is in the law of the Lord” (Ps 1:1-2).

*Editorial note: In Presbyterian theology, our highest authority is Jesus Christ, made known to us through Scripture, which is interpreted through the power of the Holy Spirit and collectively as the church. That collective interpretation (a different kind of crowd-sourcing) is messy and fraught with disagreement; it always has been. Establishing Scripture as our authority does not, by any means, simplify our pursuit of understanding. But it does clarify—and focus—the search, so that we’re talking about the same thing. That’s to say that turning to Scripture as our single authoritative witness to Christ does not negate the inevitable subjective act of interpretation. Our sinfulness always has us turning to other authorities, whether we are conscious of them or not. Consider, for instance, the “clarity” of Scripture’s justification for slavery as interpreted (conveniently, sinfully) by slave-owners. Hence, why we look to the Holy Spirit’s movement in us and in the collective (and ever reforming) discernment of the church through the ages. The author is correct, however, that the mere fact that a majority of Christians interpret Scripture in a certain way does not make it true. Consider again the example of the use of the Bible to justify slavery. And the author is very much in keeping with Presbyterian tradition in calling for us to become more conscious of our competing authorities (our idols) as we go about interpreting Scripture, for those authorities may be shaping our interpretation in ways that are untrue to Scripture.