Make A Donation Click Here >
Home › Uncategorized › Don’t call me an ally: getting to work

Explaining the #CharlestonShooting to my children 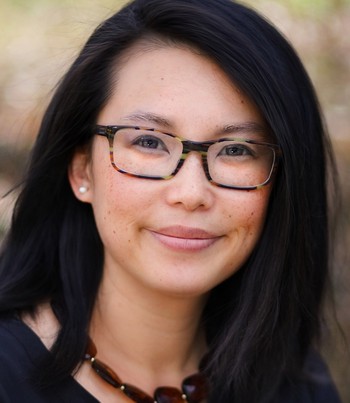 Don’t call me an ally: getting to work

I didn’t come into an awareness of my racialized self until late college, and didn’t really engage the issues around it until seminary, and even then wrestled with whether there was a third way beyond the black-white paradigm of racism because it felt like there wasn’t space for me. For my parents. For my siblings and cousins. Stories of picture brides, Vincent Chin and the LA Riots haunted me. Where do we fit in? I would often ask myself. We’re not white or black but the whites treat us like we’re black unless we “act” white and the blacks treat us like we’re white unless we “act” black. It wasn’t until the murder of Trayvon Martin that I began to realize that it is plainly – black and white. That anti-black racism is alive and flourishing. (Editor’s note: for further analysis, see Laura Cheifetz’s articles “Marching on” and “The black-white binary“; see also Jon Stewart’s monologue where he quips “This one – I hate to use this pun – is black and white.”)

It took me a while to get there but it’s all a process, right? To realize that it’s not oppression olympics and that there’s no way to compare the impact of antiblack racism and simply, white supremacy. The three pillars of white supremacy are intertwined but separate and distinct – the one thing in common is the foundation of white heteropatriarchy and supremacy. Full stop.

I woke up the morning after the #ameshooting in Charleston to my Facebook and Twitter covered in photos of the terrorist killer and stories about the nine dead and whining, screaming kids already going at it outside my door. I couldn’t take it. I did my own crying and screaming all the way down to the kitchen trying to get breakfasts and lunches together, trying to get them to stop shoving each other, trying to get them to put clothes and shoes on and get ready for camp.

After I yelled at them for 518th time to stop hitting, stop pushing, stop crying I stopped and took a breath. I pulled out my laptop and showed the newscast video from NBC and told them:

It was a church like our church (Should I have compared the church to our church? Should I make any comparisons even for the sake of understanding? I shouldn’t have said like our church) that we go to every Sunday. The people were sitting together praying and reading the Bible and he walked in and killed (I’m not sure they know what kill means? Should I have not brought up guns?) them. Now there are people who won’t see their mommy or daddy or brother or sister or son or daughter anymore (What does this even mean?).” 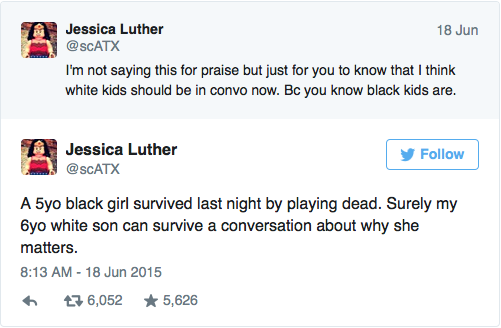 They were quiet. Commercials about body lotion and luxury cars came on in between videos of the newscast that derailed the conversation. The twins asked questions. Anna asked, “Did the man shoot Jesus?” Desmond said, “Your hair is black.” Anna said, “Is the man going to shoot our church?” Desmond asked, “Can I have pretzels?”

Ugh. Maybe I shouldn’t have said anything?

Eventually, they figure it out, assures Seth, a writer-friend of mine, who shared a story about his eldest son asking about the confederate flag, what it is and why it’s all over the South. He basically walked his son through the Civil War. Thinking through the ideological conflicts and what the flag represents even today, the son asked: “The people who still display these flags – aren’t they traitors to the country?” Seth replies, “That’s a really good question, isn’t it?”

This is this the work. With my own kids. Even if I have no idea how they’ll respond and what kinds of questions they’ll ask me. Even if it means taking them to protests and demonstrations and have them shout “Black Lives Matter” with me when they don’t totally understand the words. Even if they fall asleep in my arms as we stand in vigil for lives that were lost this past year. Even if we sit in the pews of an unfamiliar church in town to pray for a similar church in Charleston, South Carolina. 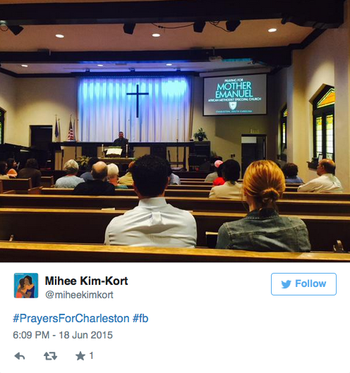 Because part of the work is yes, making space and listening, but now is also the time for so much more as Rev. Tawyna Denise Anderson calls us to in this movement. Now is the time TO SHOW UP (yes, I’m shouting). Now is the time for not cringing and shying away from the “awkwardness” of race conversations, now is the time for calling it EXACTLY WHAT IT IS and talking and questioning, now is the time for the messy work of tearing down and building back up again. As my sister Austin says, “And I need you to know those are the only two choices. There is no such thing as neutrality. You are either nurturing love or hate. There is no middle ground, no third way, no alternative.” Austin, Micky, Darnell, Broderick, Denise, Laura, Chanelle, Michelle, Christina, Monica, Bridgett, Grace, Kimm, Tara, Kesha, Kwame, LaMont, Jessica I’m in this with you.

So, right now, for the kids, “it’s the bad man who shot the nine people.” Later it’ll be “the white man who shot nine black people.” Later on it’ll be “the white American terrorist who murdered nine black people and who is being spun as a mentally ill or having an off day – that’s wrong.” It’s a process for me. It’s a process for them. And by God they will get there, and they will be working right alongside us. And it’s going to be in the church, too.

Mihee Kim-Kort is a Presbyterian pastor and UKirk college minister at Indiana University in Bloomington.