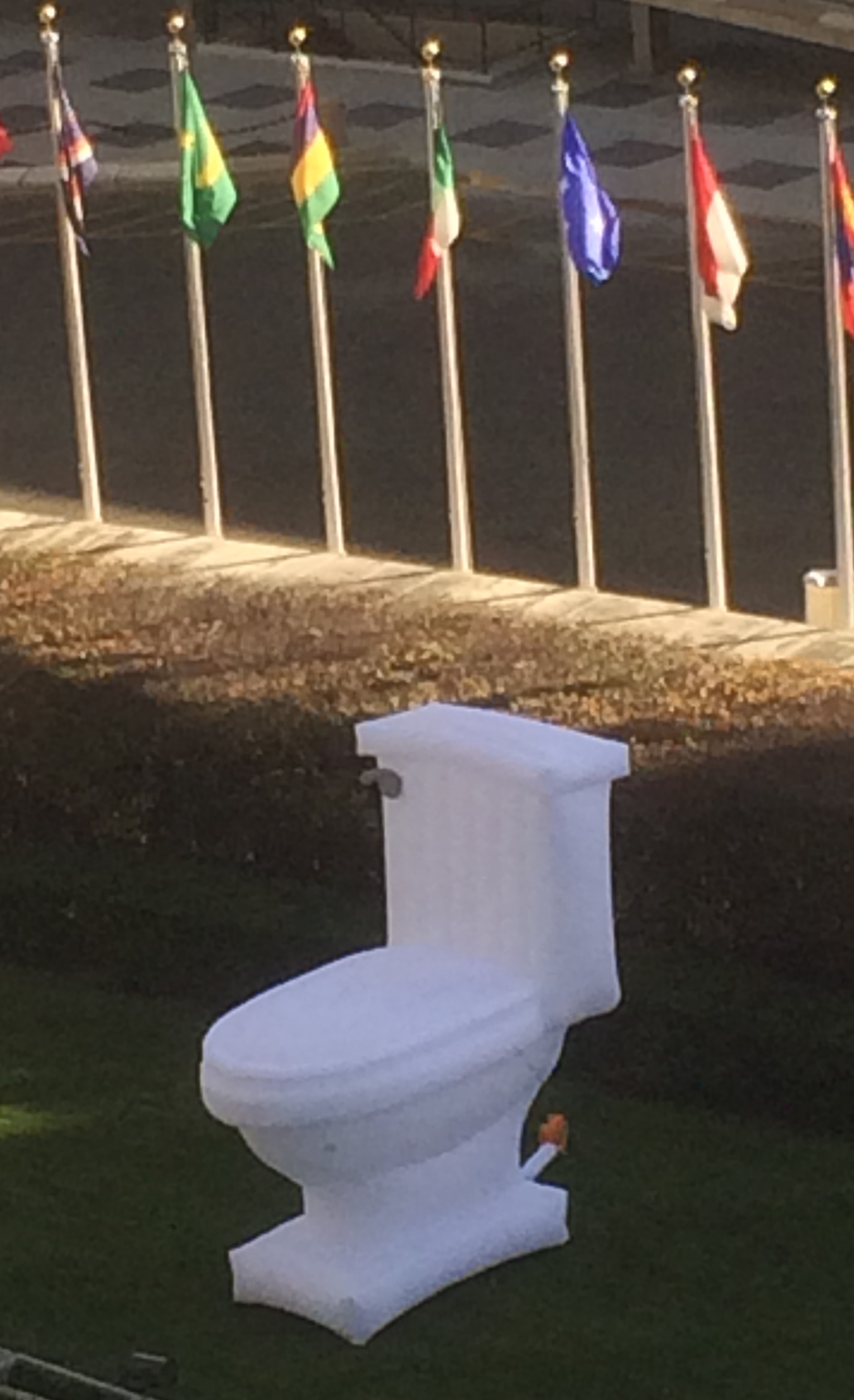 Photo and blog by Matt Cowell:

Happy World Toilet Day!  Since 2013, the United Nations has set aside November 19 each year to shed light on the lack of sanitation that many people around the globe face every day.  Although many countries had commemorated this day in previous years, since 2013 the UN has used the day to raise awareness of the need to ensure proper sanitation for all people.  According to the World Health Organisation, 2.4 billion people lack satisfactory sanitation systems and 946 million do not have any sort of toilet.  According to the World Bank, 38% of the population of South Sudan has to walk for more than 30 minutes one way to collect drinking water, and some 80% of South Sudanese do not have access to any toilet facility. South Sudan is a country in which the PC(USA) works and maintains strong partnerships.

People who are affected by a shortage of toilets are likelier to suffer from malnutrition and illnesses due to hygiene and lack of clean drinking water. The 2013 UN General Assembly Resolution 67/291, which established World Toilet Day, recognizes that all people have the right to sanitation and potable water.  More recently, Sustainable Development Goal 6 of the UN’s recently adopted Agenda 2030 calls for all people to have access to sanitation and clean water.  In order to stop the practice of open defecation, the UN hopes to end the global shortage of adequate toilets by 2030 because, in the words of the UN-created hashtag, #wecantwait to end this global health threat.