Please share this action alert from our Office of Public Witness in Washington D.C.

Blessed are the peacemakers, for they will be called children of God. (Matthew5:9)

The 219th General Assembly (2010) of the Presbyterian Church (U.S.A.) adopted a policy statement: Gun Violence, Gospel Values: Mobilizing in Response to God’s Call. The policy called for “the church [to] take responsibility to build public awareness of gun violence and the epidemic of preventable gun-related deaths, totaling more than 620,000 over the past twenty years, with hundreds of thousands more wounded. Even while taking the focused and urgent efforts below to achieve practical solutions, that the councils and congregations welcome discussion from all viewpoints, and that the Advisory Committee on Social Witness Policy review and summarize responses for the 220th General Assembly (2012).”

Trigger Documentary – Produced by the PC(USA) 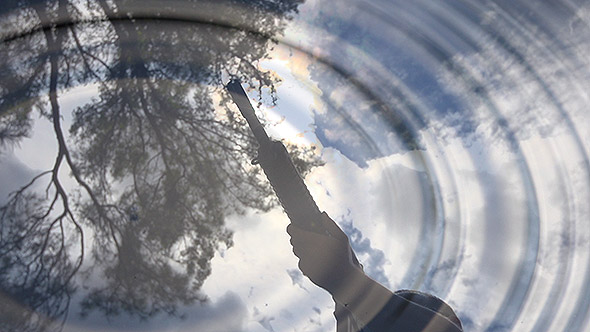 NBC has first dibs through May, 2013, on airing a PC(USA)-produced documentary on gun violence. The documentary named TRIGGER: The Ripple Effect of Gun Violence is produced by award-winning producer David Barnhart. Our latest inquiry reveals that many of the local NBC affiliates are not even aware that the documentary exists. We need your help! Please call your local NBC affiliate today and request that the documentary be aired in prime time given the recent tragedy in Newtown, Connecticut, and more than 30,000 people killed in the U.S. every year by gun violence.

To find your local NBC affiliate, go to NBC’s website, search by state and choose your local station. Once on the right website, look for a “contact us” or “feedback” link. Ask them to air TRIGGER in prime time.

Gun violence daily affects communities on levels equivalent with major natural and human disasters, and it is seen in almost every community. We may hear briefly about the victims and survivors of these shootings, but what happens after the media attention moves on and the wider public becomes numb to “just another shooting”? Drawing upon conversations with lawmakers, emergency room chaplains and surgeons, survivors and victims’ families, former ATF officials, police officers, community leaders and others, this documentary shares the story of how gun violence impacts individuals and communities and examines the “ripple effect” that one shooting has on a survivor, a family, a community, and a society. TRIGGER also addresses the critical issue of gun violence prevention (such as keeping guns out of the hands of criminals and the mentally ill) by moving the conversation away from the polarizing extremes that have long dominated the debate and by lifting up the voice and experiences of those who seek common ground and a new way forward. View the documentary trailer.  Please call today! Encourage your friends and church members to do the same.