Emergency housing provided for employees and their families and hospital personnel 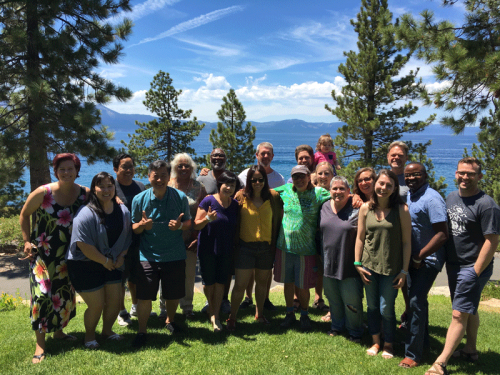 Zephyr Point has been the site of many Presbyterian gatherings. This is a group photo at Zephyr Point of 1001 new worshiping community leaders gathered for a sabbath retreat. (Contributed photo)

LOUISVILLE — The Zephyr Point Presbyterian Conference Center in Nevada has been spared, so far, from a furious wildfire raging in California and the Tahoe basin and has become a safe haven for more than 100 people.

At least 729 structures, including nearly 490 homes, have been destroyed by the Caldor Fire, which began Aug. 14 near Grizzly Flats, California, and entered the Tahoe basin Aug. 30, according to media reports and an update from the conference center.

Firefighters have been struggling to fight the massive blaze, and workers at ski resorts have been running machines, normally used for snowmaking, to soak buildings, ski lifts and forests to try to halt the fire’s advance and increase humidity levels, according to The Mercury News.

Some areas near Zephyr Point, such as South Lake Tahoe, have been evacuated because of the fire, which, according to the California Department of Forestry and Fire Protection, has burned more than 207,900 acres and is 23% contained.

However, Zephyr Point and the city where it’s located, Zephyr Cove, are not under an evacuation order, so the center has been able to take in people who need a place to stay, said the Rev. Dick Young, the center’s executive director. He estimated there are about 120 people staying at the center, where a half dozen staffers normally work and live on-site. 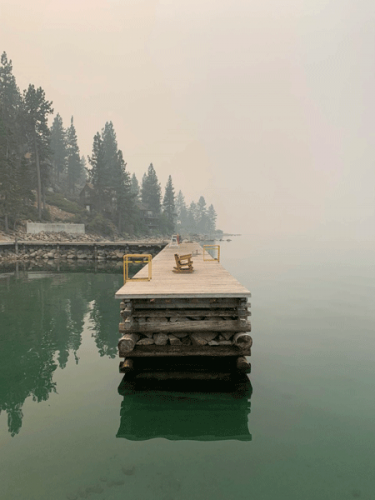 “We have closed for business, meaning people that have had reservations, we’ve cancelled those reservations through next week, but we have taken in employees and their families that have been evacuated,” Young said. Also, “we’ve taken in and are housing some hospital personnel from Barton (Health) as they try to re-establish medical care here in the basin.”

CNN reported Thursday that winds fueling the blaze are expected to subside in the coming days and perhaps bring some relief for firefighters.

However, should the conference center need to be evacuated at some point, First Presbyterian Church in Carson City has agreed to provide emergency housing for the center’s occupants, Young said. “They have been good friends of Zephyr Point and continue to support us and they’ve made that very gracious offer.”

Zephyr Point was founded in 1924 by a group of Presbyterians and has been the site of many Presbyterian gatherings. It was going “full steam” with events before the Caldor fire, Young said.

“It’s got a long, rich history in the Presbyterian church,” he said, adding, “We’re going to continue to do what we can and hope that this place is preserved and protected for another 100 years of ministry here on the shores of Lake Tahoe.”