Make A Donation Click Here >
Home › You say goodbye, and we say hello

A clergy couple talks about pandemic transitions during ‘Leading Theologically’ 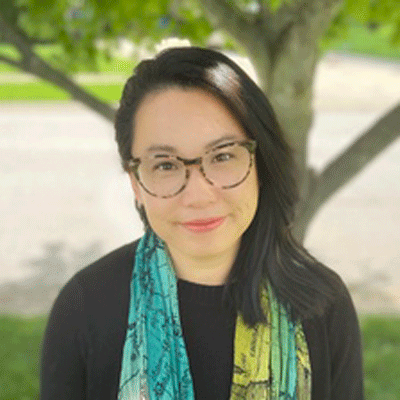 LOUISVILLE — In addition to the transitions everyone’s endured during the pandemic, the clergy team of the Rev. Mihee Kim-Kort and the Rev. Dr. Andy Kort said goodbye last year to the church he served, First Presbyterian Church in Bloomington, Indiana, and hello to the church they’re currently serving as co-pastors, First Presbyterian Church of Annapolis in Maryland.

“It’s been a strange time and season, learning to embed ourselves in a new community,” Kim-Kort told the Rev. Dr. Lee Hinson-Hasty of the Presbyterian Foundation during Wednesday’s “Leading Theologically” Facebook Live broadcast, available here. “We haven’t been as physically present as you normally would be as you enter a new ministry.” While she envisioned coffee dates and visiting people in their homes and retirement communities, “none of that happened, at least during the first 12 months,” she said.

Even if they were slowed from doing those traditional ministry tasks, the two have found joy following their children’s progress on the soccer field. “We travel to a different field in Maryland every night,” Kort-Kim said. “We can sit and watch them play and marvel at what they’re able to do right now. It’s a real gift … and it reminds me I am part of the community — just not in the way we had anticipated.”

Following one game, Kort asked their older son if he can hear his father exhort him as he plays. I can, the son replied.

“He said, ‘I like it when you are positive and encouraging. I don’t like it when you coach me because I already have a coach,’” Kort told Hinson-Hasty. “That was really helpful for me, but it was also kind of hard for me. You want to help them, but he like all of us need to learn from our mistakes. It’s overwhelming to have too many voices in your ear at once.”

The couple wrote the book “Yoked: Stories of a Clergy Couple in Marriage, Family and Ministry” as a collection of some of their experiences in ministry to date. Kort said that while it’s his wife’s style to jump in with both feet, she recently told him, “Now I know why you’re always tired and grumpy.” 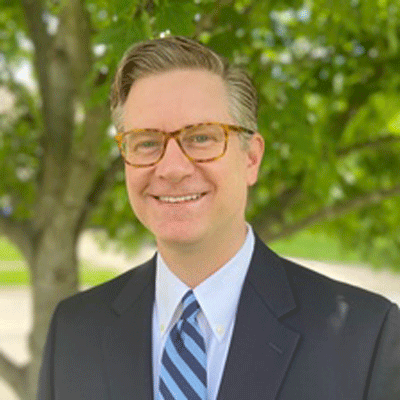 “She’s right,” Kort said. “Everyone who has ever changed jobs or changed calls know it’s bitter but it’s also sweet. The hard part for me was I didn’t have closure in Bloomington.” That occurred during the part of the pandemic when “we were still wiping down our groceries. We were all in full-fledged freak-out mode,” Kort said. “I had been there close to a decade, and I still love the people there. It was in many ways a sad way to leave. … The hardest part was pulling the kids away from friendships and the community. It was all they had known. It was tough.”

“What has been good is the new call here, which has been wonderful and I hope it continues,” Kort said. “It’s great to see Mihee in this role as well, to watch her on Sundays and as we work together. It’s great to see how she operates during the work week.”

Kort recalled that their book includes a chapter on never doing what they’re doing now: serving a congregation as co-pastors.

“We said we would never ever do this,” Kim-Kort said.

Part of the change of heart for Kort is “being secure in who I am as a pastor and a spouse and a friend with Mihee, and vice-versa for her,” he said. “It works now when 10 years ago this would have been a complete disaster.”

The two now find they communicate largely through text messages. Between family and ministry responsibilities, “we are around people all the time. There is not one moment for [face-to-face] communication,” Kim-Kort said. “The kids know somehow when their parents are ready to talk to each other and they insert themselves immediately. I think that ebbs and flows in any marriage.”

She said each of them has their own network of friends both inside and outside of ministry. “It’s helpful to step away and be with folks just as I am rather than talking about what’s coming up in the Lectionary,” she said. “It’s also nice to have friends who don’t have kids.”

Neither the grieving of saying goodbye to one church nor the excitement of saying hello to another is a “one and done” experience, Kim-Kort said.

“It’s an ongoing thing. I imagine Andy and I will grieve leaving Bloomington for a long time,” she said. “We had our installation [service] on Zoom like many others, and it still was really beautiful and moving and meaningful for us. The community has shown us so many moments of welcome and affirmations they are glad we are here … It feels like folks are still reaching out by leaving boxes of cookies on the porch and a lot of other little gestures of welcome. It hasn’t been like, ‘Great. You’re here. Now get to work.’”

Kort said it’s also apparent that neither church has said goodbye to or welcomed new clergy during pandemic limitations. “We are all figuring it out along the way,” he said. “Others are realizing their lives aren’t unfolding as they always have, and that has given us some additional grace.”

“It has not been easy to do this during a pandemic,” Hinson-Hasty told the two pastors. “We appreciate your witness and the ways you have led locally and nationally.”