…be led forth in peace. (Isaiah 55:12). Support to the Peace & Global Witness Offering.
Make A Donation Click Here >
Home › World Council of Churches mourns the loss of the Rev. Dwain C. Epps 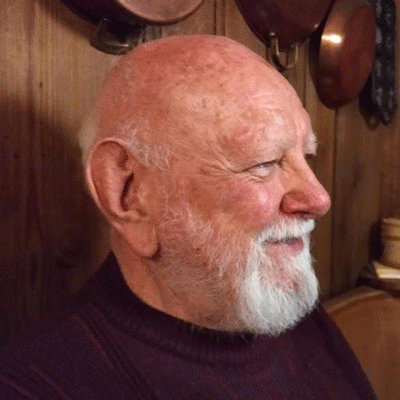 Epps, an ordained minister of the Presbyterian Church (U.S.A.), first joined the WCC staff in January 1971. A native of Oregon, he studied engineering and business administration at Oregon State University. Following service in the U.S. Air Force, he studied theology at San Francisco Theological Seminary and the University of Tübingen, Germany.

Having observed the WCC Conference on Church and Society in Geneva in 1966 and stimulated by the contributions there of Latin American participants, he joined the Frontier Internship in Mission program of his church. In this capacity, together with his wife Katharine, he spent three years in Buenos Aires, Argentina, working in the city’s slums. He helped organize a continent-wide urban and industrial mission network related to Iglesia y Sociedad en América Latina.

When Iglesia y Sociedad en América Latina general secretary Leopoldo Niilus was appointed director of the WCC Commission of the Churches on International Affairs in Geneva, he invited Epps to join his staff. Among his assignments was directing a major program on Human Rights and Christian Responsibility. He also served as WCC representative to the United Nations in Geneva. Starting in 1978, he managed the CCIA office at UN headquarters in New York.

In 1982, the National Council of the Churches invited him to direct its international affairs program. In 1993, Epps returned to Geneva as director of the WCC CCIA, where he served until his retirement in 2002. Subsequently, he joined the staff of the WCC Archives as volunteer organizer of the CCIA archives until 2019. The Epps family remained in Switzerland, settling in the Canton of Fribourg.

WCC acting general secretary the Rev. Dr. Ioan Sauca extended condolences to Epps’ friends and family. “We will miss his strong, prophetic voice, and his willingness to contribute always toward striving for justice and peace,” said Sauca. “We deeply appreciate his years of hard work and inspired decision-making, which ranged so widely and touched so many people across the world.”

The Most Rev. Dr Olav Fykse Tveit, presiding bishop of the Church of Norway, said that Epps was a great gift to the churches’ joint work for justice and peace in a divided, broken and unjust world. “As the director of the CCIA, he led the ecumenical efforts to promote the values of the kingdom of God,” said Tveit. “He made it into something more than a matter of ‘churches’ affairs.’”

Tveit recalled Epps’ affection and commitment. “Through his many initiatives to address the powers that put people down, wherever they are in the world, he also gave inspiration to others to do the work needed,” said Tveit. “I will never forget his many timely and well-formulated messages of support for our work for unity, for justice and peace.”

Some of those messages were very personal, Tveit added, and delivered when people needed them the most. “When we needed him, he was there,” said Tveit. “Dwain was a genuine pastor for the ecumenical movement, and for the world in need.”

“Dwain Epps was a mentor and inspiration to many in the ecumenical movement’s work for peace, justice and human rights, myself very much included”, said Peter Prove, director of the WCC Commission of the Churches on International Affairs. “His knowledge of the history of CCIA — based on his own experience as well as his extensive research — was encyclopedic. We have lost a friend, a leader and an irreplaceable resource.”

Semegnish Asfaw Grosjean, WCC program executive, remembered Epps as a committed ecumenist and an engaged human rights advocate. “Given his extensive experience as a former CCIA director, it has been a real privilege for me to reach out to him all these years I served CCIA, asking for his feedback and wisdom on various human rights issues, and with a specific focus on HR and racial justice these last six years,” she said. “His ecumenical memory is legendary, and he was always generous with his time and committed to sharing his insights when we needed his expertise.”

Erich Weingartner, who previously helped lead the CCIA, said that Epps first made him aware of the inevitable tension that exists between the WCC as an ecumenical movement and the WCC as an ecumenical institution. “The churches need the grassroots passion that moves so many to engage in struggles for justice and peace, but the only power to act that the WCC possesses is rooted in its member churches,” said Weingartner. “When I inherited his groundbreaking but highly controversial program on Human Rights and Christian Responsibility, he impressed on me the need to enlist member churches to become active agents of justice in their own environments.”

Weingartner added that Epps’ manner and attitude – “his booming bass voice and hearty laughter” – made even adversaries relax enough to consider each other’s point of view. “This was the reason I invited him to chair the first epic meeting between South and North Korean Christian delegations at Glion, Switzerland, in 1986,” said Weingartner. “I credit his warm-hearted personality for the historic breakthrough we achieved at that meeting.”

Epps died peacefully, having succumbed to chronic pneumonia. He is survived by his wife Katharine and three sons, Matthew, Gregory and Timothy. His ashes will be laid to rest in a private family ceremony. Messages of condolence can be sent by email to dwain.epps.family@gmail.com.