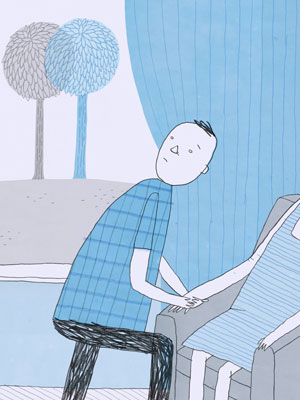 LOUISVILLE — David Khalaf, co-author with his husband Constantino Khalaf of the WJK Spring 2019 book “Modern Kinship: A Queer Guide to Christian Marriage,” has published an essay in the hugely popular Modern Love column of The New York Times.

Published weekly for the last 15 years, Modern Love’s essays explore the trials and tribulations of love.

In his essay, “The House Where My Husband Doesn’t Exist,” Khalaf explores the heartbreaking complexity of concealing his marriage to his husband from his 96-year-old Palestinian grandmother on his final visit to her.

“Our engagement was not only a promise to him,” Khalaf writes, “it was a promise to myself that I would never hide again. But here I was.” 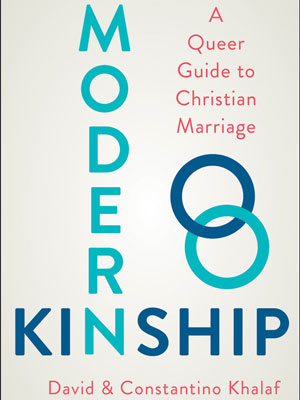 Worried that his grandmother — who had grown up in the Old Country and “lived by old rules” — will not accept his marriage to his husband Constantino, Khalaf cautiously skirts her questions about his new life in Oregon on what proves to be their last visit together.

The essay reflects the complicated realities of queer marriages, much as their book did. As the national conversation has moved from legalizing same-sex marriage to what comes next, the Khalafs’ work has sought to answer that question for queer couples of faith. Beginning with their blog Modern Kinship and resulting in their book, their writing explores the unique challenges queer couples of faith face from dating and courtship to love and marriage. “The House Where My Husband Doesn’t Exist” appeared in the July 7 Sunday print edition of The New York Times.