With their beloved Bengals in Super Bowl LVI, Presbytery of Cincinnati churches continue to tackle hunger 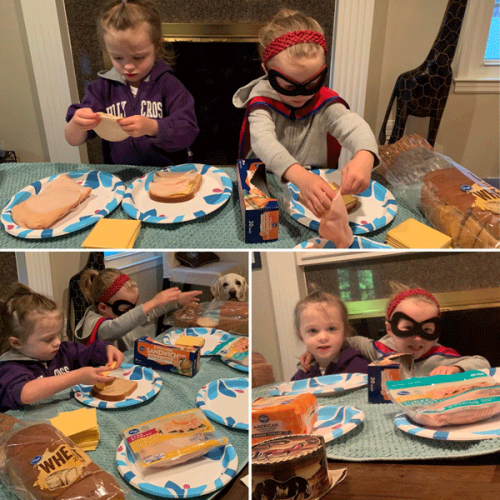 Really, in the prolonged contest between hunger and the Presbytery of Cincinnati — a precursor to Sunday’s Super Bowl matchup between the Cincinnati Bengals and the Los Angeles Rams, who are 4.5 point-favorites to win Super Bowl LVI — hunger doesn’t stand much of a chance.

Lisa Allgood, executive presbyter for the Presbytery of Cincinnati, had by early this week enlisted the help of 52 of the presbytery’s 65 churches, who have committed to participating during the month of February in the Souper Bowl of Caring by donating food and money to the pantry of their choice. The goal, Allgood said, is to “Souper Bowl the heck out of hunger in the year the Bengals are going to the Super Bowl.”

She’s also extended the challenge to partner churches in the United Church of Christ, ministry partners, other presbyteries in the Synod of the Covenant, presbytery staff — and the Presbytery of the Pacific, which is home to the Rams and where mission-minded PC(USA) churches, including St. Mark’s Presbyterian Church in Lomita, California, have their own history of caring for their neighbors. 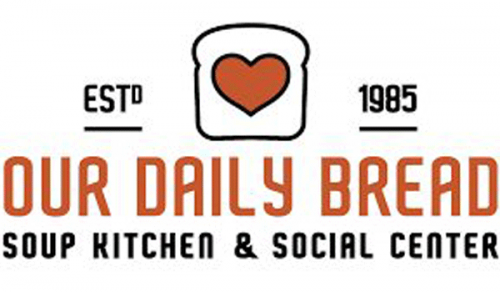 Our Daily Bread, Cincinnati’s largest soup kitchen, remained open during the early stages of the pandemic.

Dating back to the start of the pandemic, churches in the presbytery  have worked to feed their neighbors. It all goes back to the Great Sandwich Challenge, when churches united to provide sandwiches to Our Daily Bread, the only soup kitchen in Cincinnati to remain open when so many others were forced to shut down during the early stages of COVID-19. 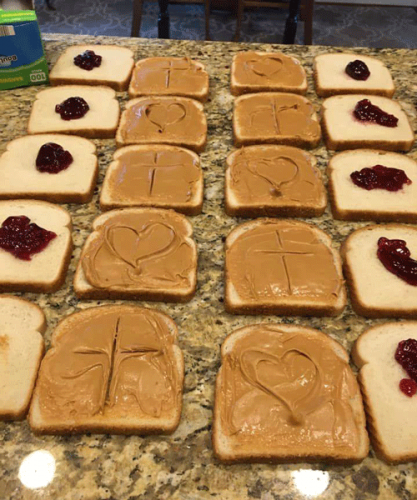 “Churches brought together shut-ins, kids, deacons, their session, and anyone who could make sandwiches,” Allgood said of the massive effort, a key part of the presbytery’s Matthew 25 work. “If they couldn’t transport them downtown, I would.”

Over the next 12 months, 60 of the presbytery’s 65 congregations provided more than 120,000 sandwiches. Allgood notes if you stacked all those sandwiches toward the heavens, your stack would be as high as the five tallest buildings in the world — combined.

As they did nearly two years ago, Cincinnati-area churches — including a handful in nearby Kentucky and Indiana — have stepped up to participate in the Souper Bowl of Caring. Last year across the nation, more than 6,000 churches and organizations collected more than $5.3 million to feed hungry people through more than 4,500 local charities, according to the Souper Bowl of Caring website. 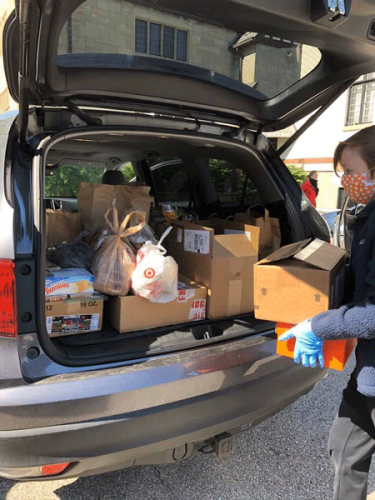 Sandwiches are loaded for delivery as part of the Great Sandwich Challenge of 2020. (Photo courtesy of the Presbytery of Cincinnati)

Allgood said she doesn’t plan to spend part of Super Bowl Sunday Feb. 13 preaching at a Presbytery of Cincinnati church, “which is unusual,” she said. “I may be at home with the puppy keeping track of what the churches are doing.” Those who follow the presbytery on social media know that Allgood is fond of writing “the presbytery loves [name of church]” when any of the 65 churches note what went on during worship or Sunday school or anything else they’ve done during the week.

“Cincinnati is all about the Bengals,” Allgood said, a team making its first Super Bowl appearance since the late 1980s. 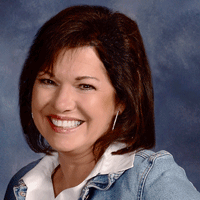 And for this week and the weeks to come, churches in the presbytery and their partners are all about “Who dey! We dey!” according to Allgood.

“It really was spur of the moment,” when it came to asking churches to join the current effort to feed hungry people, Allgood said. “We thought, how can we make an impact?”