PC(USA) staff, ministers and partners will look at immigration from a variety of perspectives 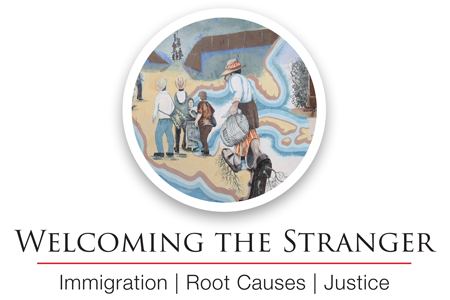 LEXINGTON, Ky. — The Presbyterian Church (U.S.A.) Migration Roundtable will launch a new webinar series Tuesday afternoon with the first episode focusing on the root causes of Central American migration to the United States and U.S. policy.

“We had been doing separate webinars,” Catherine Gordon, Associate for International Issues in the PC(USA) Office of Public Witness (OPW) in Washington D.C., said of different ministry areas represented at the roundtable. “I thought it would be good for people, since it’s such a huge issue, to have the more global lens to see all the different aspects of migration and how they are interrelated, as well as how they can take action, and the effects of U.S. policy on those issues.”

In the series, viewers will hear from Presbyterian staff, ministers and partners who work regularly or full time with immigration and have a deep and broad perspective on the issue.

“Sometimes, what we hear in the news about either the reasons why people leave, the situations in their home countries, or what we hear about what happens at the border and the solutions proposed don’t necessarily meet the needs of what we hear from our partners,” said Susan Krehbiel, Associate for Refugees & Asylum for Presbyterian Disaster Assistance (PDA). “We wanted to be able to share some of those different perspectives.”

Amanda Craft, Manager for Advocacy in the Office of the General Assembly’s (OGA) Office of Immigration Issues, said that in the last few years, immigration has been exploited for political purposes, causing a collective trauma for migrants and immigrants, as well as for people who work with immigration and accompaniment. But with the new administration of President Joe Biden, she says they are seeing hope in statements and signs, such as the raising of immigration and refugee caps from historic lows. 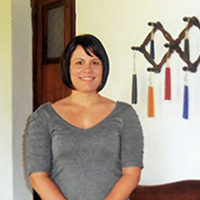 “This series is about how do we live into that hope?” Craft said. “And how do we allow those voices who live this experience daily have a platform to share that hope?

Craft will moderate the first episode of the series at 5 p.m. Eastern time Tuesday with guests Lisa Haugaard, Co-Director of the Latin American Working Group (LAWG), and the Rev. Santiago Flores of the Reformed Calvinist Church of El Salvador (IRCES). Craft says El Salvador is particularly interesting because it has one of the largest populations of people living in the United States under temporary protective status (TPS), at nearly 250,000 people (a number that grows to 500,000 when family members are added), meaning they can live and work in the United States for a limited time due to conditions in their own country. That status was threatened under President Donald Trump.

“They’re really informed, really have done a lot of work with other government agencies and nonprofit coalitions and ecumenical groups about how to respond more holistically to violence, to issues of migration,” Craft said of IRCES. She said Haugaard at LAWG, “has a wealth of information on Central America and the rest of Latin America. But Central America is one of her key areas and really looking at how foreign policy affects or impacts life in that part of the world.”

The second episode will be at 3 p.m. Eastern Time on June 9 and features Krehbiel moderating a discussion about immigration detention, which has remained in the news as the Biden administration has grappled with the evolving immigration situation at the U.S. Southern border with Mexico. It will feature Presbyterian ministers from Georgia and California who have regularly dealt with immigration detention, as well as a new video series about detention.

Future episodes of the series are in the works. The organizers say they don’t want to tie them to specific days and times because they want to be able to schedule the best panelists possible, and Krehbiel says they also want to be able to respond to current events as well as look back at the history of immigration in the United States.

With the series, the organizers hope to encourage Presbyterians and others to act in a variety of ways on the issue of immigration.

“I’m hoping that we’re going to give multiple layers of how people can get involved, that it’s not just legislation. It’s education, it’s resettlement,” Gordon said. “There’s so many ways that we can welcome the stranger and really engage people where they are, whether they’re just starting to learn about it or they’re experts, to give them some avenue to take action from where they are.”

Craft said, “advocacy has to come from a place of deep care, because it’s not easy, right? It’s a constant, persistent asking of legislators to remember what’s important. And I think it’s a reflection of who we are as people of faith as we extend, hopefully, God’s love and mercy into the world.”