A statement by the National Middle Eastern Presbyterian Caucus 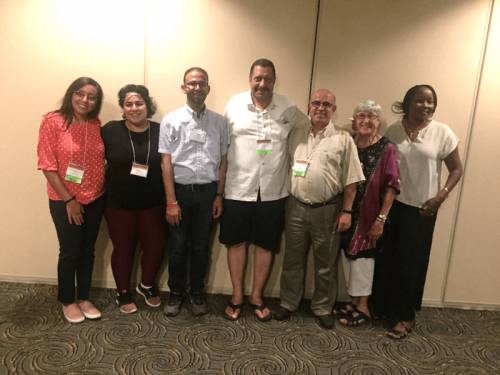 LOUISVILLE — The National Middle Eastern Presbyterian Caucus of the Presbyterian Church (U.S.A.) is grieved and angered along with our African American sisters and brothers because of the deaths of George Floyd, Ahmaud Arbery, Breonna Taylor and many others. As a Middle Eastern community, we stand in solidarity with all people of color seeking justice through actions, not just words and promises.

It is time for all communities to unite not only in prayer, but also in tangible ways that support, protect, uplift and advocate for those who have been suffering from systemic racism, injustice, oppression and discrimination throughout the entire history of this country. We reject all forms of dehumanization, discrimination and violence against people who are created in the image of God. We affirm the inherent value of all human beings and their right to the breath of life given to us by God.

The NMEPC urges lawmakers and the leaders of the United States to take practical steps towards equal opportunities of living, education and health. We urge law enforcement to protect and serve with integrity, and to condemn and punish officers who abuse their power. Silence or inaction in the face of injustice, discrimination and oppression is unacceptable.

Our African American siblings, we hear you. We see you. We love you. We grieve with you. We weep with you. We fall to our knees with you. We stand with you. We walk with you. We are committed to doing the hard work of listening, educating ourselves more, having uncomfortable conversations, pushing for law reform and working together for a more just and equitable society.