Office of Public Witness asks the public to call their congressional delegation about H.R. 1 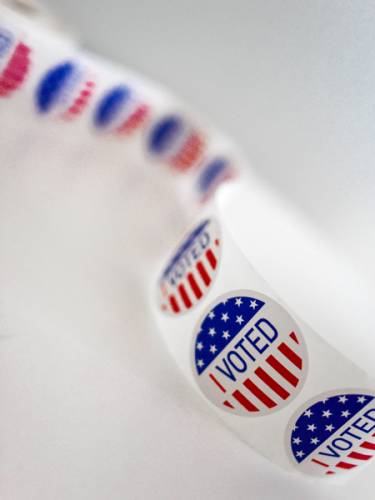 LOUISVILLE — The Washington Office of the Presbyterian Church (U.S.A.) is once again rallying support for a democracy reform package known as the For the People Act to expand Americans’ access to the ballot box.

The Office of Public Witness issued an alert Tuesday on the Act in anticipation that the legislation, also known as H.R. 1, will be voted on this week.

OPW is urging members of the public to ask their Congress members to vote “yes” for the Act, which is designed to:

“It is more critical than ever that we take action to reclaim the values and promise of our electoral process,” according to the Alert, which cites a plethora of restrictive voting laws introduced in state legislatures.

The Act was originally introduced and passed by the House of Representatives at the beginning of the 116th Congress in 2019, but it was never brought up in the U. S. Senate. It was reintroduced in the House on Jan. 4.

The Office of Public Witness hopes the Act will make it easier for members of marginalized communities to vote without being stymied.

“Our democratic system has been used to keep people of color out of power … through voter suppression and voter discrimination, through things like the campaign laws and campaign finance, using big money to keep voices out of the conversation, and HR 1 seems to regulate all of that, which is awesome,” said the Rev. Christian Brooks, OPW’s Associate for Domestic Issues.

H.R. 1 also is “a step forward to continuing the change” that was demonstrated when Democrats recently won two Georgia runoffs and control of the U.S. Senate.

“The number of people that turned out for that election is unheard of,” Brooks said. “But we know, just like with much of U.S. history, every time the oppressed take a step forward, there is someone to try to push them 10 steps back, so our goal with HR 1 is to block that push.”

It is crucial for people of color to be on a level playing field with others, she said.

Contacts for House Members may be found here. Information on contacting your state’s two senators is here.