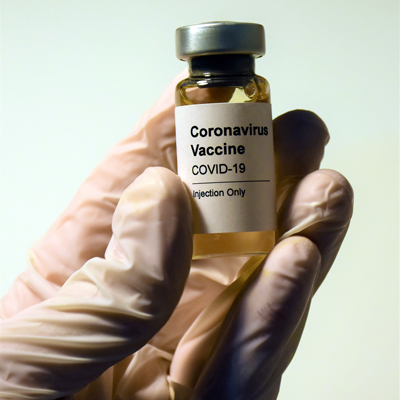 Photo by Hakan Nural via Unsplash

LOUISVILLE — More than 894 million doses of the COVID-19 vaccine have been administered in 155 countries, about 5.9% of the global population, including 209 million doses in the U.S., according to Bloomberg News. But the availability of vaccine varies greatly around the world, with smaller countries finding themselves a distant priority.

Wealthier countries were able to make advance purchase agreements with vaccine makers. The U.S., China, the European Union states, Israel and the United Kingdom have made significant progress in their vaccination efforts.

China and Russia are sending vaccines to the Middle East and Asia in an attempt to forge stronger relationships with countries in those regions. U.S. President Joe Biden rejoined the World Health Organization within hours of his Jan. 20 inauguration and has vowed to increase U.S. vaccine supplies as well as boost international cooperation.

The Presbyterian Church (U.S.A.) and other faith organizations believe equitable vaccine distribution is a medical necessity, an economic priority and a moral imperative. Mission co-workers, whether sheltering in the country of service or in the U.S., are seeing the disparities up close.

Karla Koll, a mission co-worker in Costa Rica since 2013, serves as a professor of history, mission and religion at the Latin American Biblical University (UBL) in San Jose. Although Costa Rica is a stable country with continued growth in its GDP, it cannot compete for vaccines against larger countries.

“Costa Rica, unlike many others, has a really good public health system,” she said. “Everyone who needs care gets it. The government is fully committed to vaccinating everyone regardless of residency status. The U.S. has enough vaccine in reserve to vaccinate everyone 2-3 times. We got a small batch of the COVAX vaccine last week, but because it is from AstraZeneca, it was put on hold pending more studies.”

The government of Lebanon is buying vaccines from a variety of sources and receiving donations of vaccines, said Rev. Elmarie Parker, World Mission’s regional liaison for Syria, Lebanon and Iraq.  They have made direct purchases of both the Pfizer and Moderna vaccines. They are also receiving the AstraZeneca vaccine through WHO. Also, Russian has donated a substantial amount of the Sputnik V vaccine.

“The challenge here is the SLOW rollout of vaccinations,” she said. “So far only 1.8% of the population are fully vaccinated (123,000).  Vaccinations started on Feb. 14.  At this rate, without other interventions, doctors here say it will take until 2025 for Lebanon to be fully vaccinated. The commitment of the government is to make vaccines available to everyone living in Lebanon (regardless of citizenship) free of charge.”

“For Syria, it is much harder to know the situation,” said Parker. “From our partners on the ground we hear that COVID is rampant, but because of the massive economic challenges facing people due to sanctions and the financial collapse of Lebanon, COVID is not at the top of people’s list of concerns. A COVID test costs $100 which is six months’ salary for most Syrians today.”

Mission co-worker Douglas Dicks, who lives in Israel-Palestine, said more than half of Israel’s 9.2 million people have received both doses of the Pfizer/BioNTech vaccine. 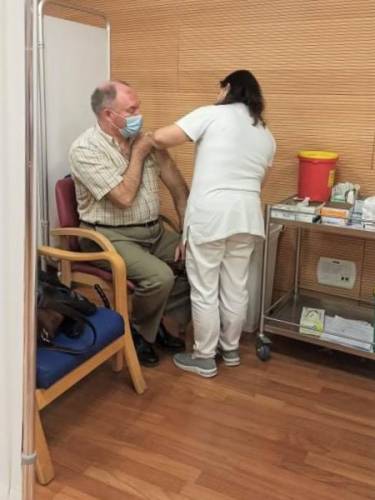 Israel began easing its mandated lockdown in late February. Reuters reports that Israeli Health Minister Hezi Levi says he expects anyone in Israel who’s eligible will be vaccinated by the end of May.

Unfortunately, vaccinations are going far more slowly in areas controlled by the Palestinian Authority, which relies on its supplies to be transferred through Israel. The 5.5 million Palestinians living in the Israeli-occupied West Bank and in the Gaza Strip have received only about 120,000 vaccines so far, about 2.2% of the population.

The United Nations says it plans to deliver enough doses to inoculate another million Palestinians, or about 20% of the population, through the UN’s COVAX program. In March, the PA received 60,000 doses of the Pfizer-BioNTech and AstraZeneca vaccines through COVAX. Palestinians also received 60,000 doses of the Russian Sputnik V vaccine from the United Arab Emirates and another 100,000 Chinese doses.

Because of the limited number of vaccines, the PA has prioritized healthcare workers, people over 75 and patients with kidney disease and cancer. To date, over 23,000 Palestinians have been fully vaccinated, which represents 0.5% of the overall population of the Palestinian Territories.

Mission co-worker Kurt Esslinger says Korea just began administering vaccinations last month and there is concern that they might not be able to meet the goal of vaccinating 11.5 million of the nation’s 51.7 million people in the first half of the year.

“Korea chose to be cautious and wanted to wait to purchase vaccines until there was sufficient proof of safety in trials,” said Esslinger. “This has left them behind countries that pre-ordered vaccines. Korea is now also feeling the pain of discrepancies of global vaccine distribution that appear to be concentrated among more wealthy countries with connections to vaccine development corporations while other countries are left in the lurch. There is still some hope that Korea will be able to vaccinate 73% of the population by September and reach herd immunity by November.”

The delays with the AstraZeneca vaccine have caused delays in the vaccine rollout in the Democratic Republic of Congo, according to mission co-worker Larry Sthreshley, who also serves as country director for IMA World Health. 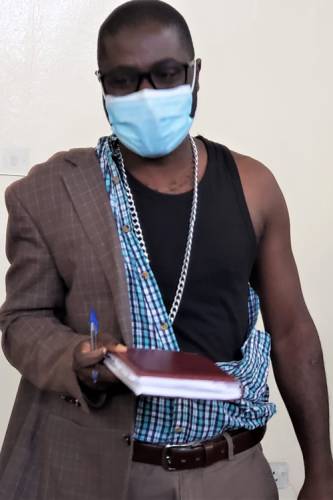 The Rev. Sevatt Kabaghe, general secretary of the Church of Central Africa Synod of Zambia, receives his COVID-19 vaccination. (Photo by the Rev. Paula Cooper)

Sthreshley said Congo has received 1.7 million doses of AstraZeneca, but many believe that the vaccine isn’t safe because of the reports of unusual clotting disorders. He said the shutdown in Europe led to an erosion of confidence in the vaccine.

“There is also concern that AstraZeneca is not effective against the South African variant, which is 50% of the cases in Congo,” said Sthreshley. “The Johnson & Johnson vaccine would be good because it doesn’t require special refrigeration, but because the [Food and Drug Administration]and [Centers for Disease Control and Prevention] have recommended a pause in the vaccine distribution, the perception may be that we are going to get the second best from the West.”

The PC(USA) is part of the more than 400 U.S. public health, faith, labor, development, human rights and other consumer groups urging Biden to reverse the obstruction of an emergency COVID-19 waiver of World Trade Organization (WTO) intellectual property rules so that greater supplies of vaccines, treatments and test kits can be produced in as many places as possible as quickly as possible. Learn more here.