The PC(USA)’s Margaret Grun Kibben had been on the job three days when insurrectionists stormed the U.S. Capitol 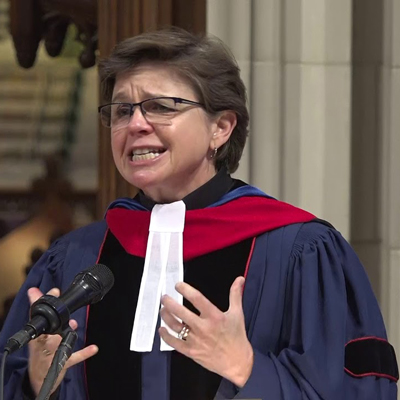 The Rev. Dr. Margaret Grun Kibben, a retired rear admiral who was ordained by the Presbyterian Church (U.S.A.), is Chaplain of the U.S. House of Representatives. (Contributed photo)

LOUISVILLE — Having felt called to ministry as a youngster, retired Rear Admiral the Rev. Dr. Margaret Grun Kibben, ordained into ministry in the Presbyterian Church (U.S.A.), served her country as a Navy chaplain before being elected Jan. 3 as the 61st Chaplain of the U.S. House of Representatives.

Three days later, insurrectionists stormed the Capitol, and Kibben found herself ministering to elected officials, their staff and members of the Capitol Police. But what Kibben was struck by that day — and it’s only grown over the last 3½ months, she said during an extraordinary public interview Tuesday at the Washington National Cathedral alongside her Senate colleague, the Rev. Dr. Barry Black, himself a former rear admiral — is the passion, and here she’s not talking about the insurrectionists.

House members “represent a wide variety of political stances, ideologies and passions, and I will say they represent them well,” Kibben told the Very Rev. Randy Hollerith, Dean of the Washington National Cathedral, and Keith Allred, executive director of the National Institute for Civil Discourse, during an interview that was part of the “Honest to God” series hosted by the Cathedral.

She’s observed representatives constructing their arguments from both sides of the aisle “using the exact same Scripture,” quoting the Bible “liberally and violently at each other.”

Hearing that firsthand “made me aware that the challenge we have as people of faith is that we come at and from Scripture differently,” she said. “If there is an answer, it’s that it’s a matter of coming not to my truth, but God’s truth … I have to test myself as to how did I come to that truth, and how is that truth biased by my experience, party and culture?”

“Scripture makes it clear that truth absolutely has to come from love. You are a creature of God just as I am. God loves you as much as God loves me. Who am I to say God can’t love you? It’s about you and God.”

Black, a graduate of Eastern Baptist Seminary who was elected the 62nd Chaplain of the Senate in 2003, said he and Kibben see things in the Capitol each week that might surprise even close watchers of the nation’s legislative process. Among them: each week, about 25 senators come together for a prayer breakfast. One senator gives a talk about his or her faith pilgrimage, and then senators join hands to pray before resuming their legislative duties. 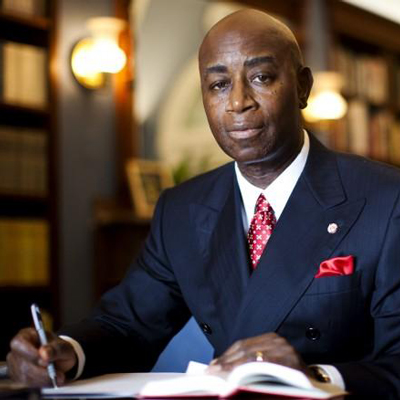 The Rev. Dr. Barry C. Black, also a retired Navy rear admiral, has been Chaplain of the U.S. Senate since 2003. (Contributed photo)

“These lawmakers have a spirituality that dwarfs my own,” Black said. “These are the people I have come to know, who respect one another even though many times they must disagree.” One senator told Black, “It’s very difficult to join hands and pray and then go upstairs into the Chamber and stab the person in the back whose hand you’ve just held. Not impossible,” Black said, recounting the exchange with a chuckle, “but difficult.”

“Call me crazy,” Black said, “but the glass is more than half full for me.”

Both chaplains are called to open their respective chambers with a prayer each day the legislative body is in session. Kibben said she keeps a record of Scriptures quoted as part of her prayer “to make sure I don’t repeat them too often.” One she keeps returning to is Romans 12:1-2.

“It’s a filter through which I see our members are facing,” Kibben said. When they conform to the world — securing the votes they need to get their pet bills passed or raising enough money to get themselves re-elected — Paul calls them to be transformed by the renewing of their minds.

“It’s not just your head. It’s more than what you think,” Kibben said. “It’s how God has spoken to your heart.”

She said she’s seen some of the same things Black has during House prayer breakfasts. “These are men and women trying to be living sacrifices by living their lives in response to God’s mercy.”

“I am the new kid on the block,” Kibben added, “but I can tell you I have been so impressed by the number of people who say, ‘I got into politics because I want to serve … to speak for people who need a voice spoken in the highest halls.’ They honestly feel they are called to do something good for the country. They are patriots, and they want to perpetuate this experiment [in democratic governance] we have laid out … They are people of faith who feel that God is working in this country and they are being called to make sure they are an instrument of God’s peace, intent and blessing in this country.”

“I see it by how they wrestle with votes,” she said, although sometimes representatives cast a yes vote “because voting no causes more damage.”

“There are people of good hearts who aren’t in it for themselves but see it as the highest honor to serve their country in this way,” she said.

During a question-and-answer session following the hour-long interview, Kibben said it’s not her role to tell legislators when they’re right or wrong. Her role is more akin to the role Nathan played for King David, she said.

“I tell a story or reframe it so people can say, ‘I hadn’t looked at it that way,’” Kibben said. “People will see it naturally through their filters. What will happen if you try these glasses on? But it can’t be in the heat of the moment. They know in their own conscience when they’re not quite right.” 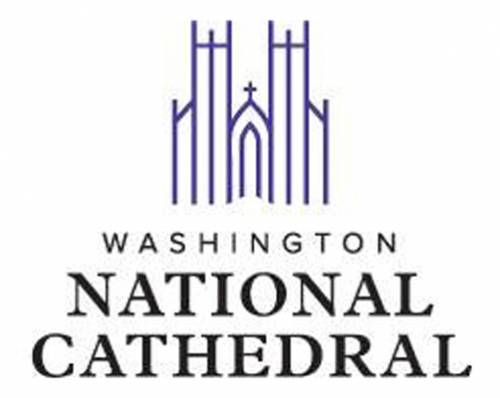 “In the last three months, I’ve learned that members don’t want you to tell them what to do,” Kibben said. “There are hundreds of people telling them that from all directions.” Faith leaders “can contribute to the conversation in a way that when members hear other voices, they are not just hearing the voice of their party or adversaries or voices that pay the bills and win elections, but other voices of authority to say, ‘This is or isn’t right’ or ‘Compassion looks like this.’”

During his benediction, Black offered these words: “Thank you, Lord, for spending time with us this evening. Thank you for the cognitive capacities you have given us to desire to work for a more perfect union. Thank you for the opportunity to be salt and light to our generation.”