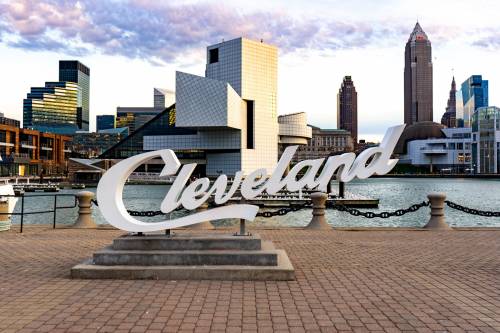 General shot of Cleveland: The Church of the Covenant in Cleveland is concerned about the amount of gun violence in Cleveland and will hold a gun buyback this weekend. (Photo by DJ Johnson via Unsplash)

LOUISVILLE — An Ohio church is holding a gun buyback this weekend, with support from several other religious organizations in the area, to help reduce gun violence in the community.

The Church of the Covenant in Cleveland is holding the event — Guns to Molten Steel — on Saturday, Oct. 16, in collaboration with God Before Guns, a multifaith coalition and mission partner, and the Presbytery of the Western Reserve.

The three-hour event is an outgrowth of concern about an uptick of violence in Cleveland and reflects the DNA of the church, said the Rev. William Hudson, transitional pastor.

“The congregation started an outside group called God Before Guns after Sandy Hook, so it has a history of being concerned about gun violence and … social issues that are in our community,” Hudson said.

As of late September, Cleveland had recorded more than 100 homicides this year — often the result of gunfire, according to wkyc.com. A recent victim was Cleveland Mayor Frank Jackson’s grandson, who died after being shot multiple times.

“Gun violence is up because of [the pandemic] and in Cleveland, it’s been a concern” of this congregation for the past nine years, Hudson said. Once a month, “we list the gun deaths in Cleveland and we ring the chimes and remember them in worship.”

However, some church members felt it was time to do something beyond praying about the issue of gun violence, he said.

Individuals will be able to surrender guns anonymously during the buyback, which is being closely coordinated with local authorities. The Cleveland Police Department will transport the donated guns to a location to be melted down.

Those who turn in (working) guns will be eligible to receive a gift card for use at grocery stores or other outlets, said Robert Ault, a ruling elder at the Church of the Covenant.

Ault, who’s concerned about gun violence locally and nationally, has been a driving force behind the buyback, which has the support of about 15 other churches, including several that aren’t Presbyterian. 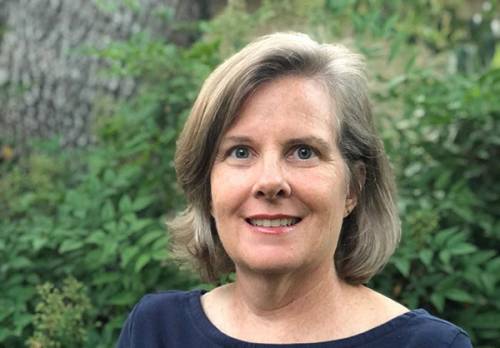 Ault was inspired by the Guns 2 Gardens campaign of Presbyterian Peace Fellowship, which is urging churches to hold similar events to collect guns, chop them up and then send them away to be converted into garden tools.

The Rev. Deanna Hollas, gun violence prevention ministry coordinator for  Presbyterian Peace Fellowship, said that in addition to Cleveland (which is not using the garden tools approach), gun events are in the works in Georgia, Baltimore, California and Utah.

The campaign has “really been well-received at a time when there just seems to be no hope here,” said Hollas, who lives in Texas. “Our legislators, they refuse to take any action.”

However, “this is a church saying, ‘No, there’s something we can do (about guns) and we’re going to start chopping them up,’ and in the process of chopping them up, there’s so much healing and empowerment that comes with it to be able to say, ‘We can take action. We don’t have to wait on our lawmakers who refuse to do anything,’” she said.

For those interested in learning about how to host disarming events,  Presbyterian Peace Fellowship is holding “action circles” to answer questions on logistics and other topics, such as how to provide pastoral care to people turning over their firearms.

“We want to help your congregation become a disarming congregation by creating action circles where you can join with other congregations from across the country for learning and support as we take action to end gun violence together,” Hollas said in a piece on the fellowship’s website.