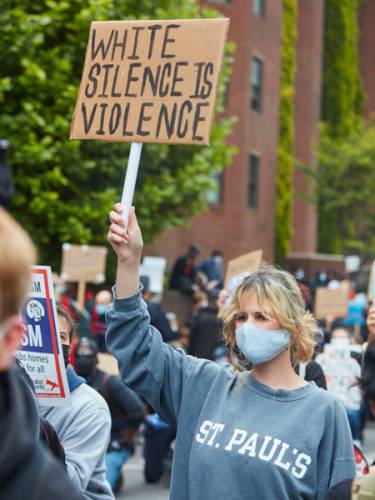 Photo by Martin Sekur via Unsplash

LOUISVILLE — As people began to see all of the Christian imagery present during the insurrection on the U.S. Capitol on Jan. 6, they began to ask questions similar to the ones asked after 9/11.

“Who are these people?”

“Why do they want to destroy our country?”

On 9/11, the religious terrorists the U.S. was waking up to were darker-skinned and Muslim.  But now they’re white and Christian.

“I’m struck by your thought process. I hadn’t made the connection to 9/11,” said Dr. Chris Elwood, a professor of Historical Theology at Louisville Presbyterian Theological Seminary. “It was clear to me after 9/11 that Christians had to understand more about Islam.  Now I believe Christians have to think about the history of their own traditions and the history of Christianity.”

As Elwood looked out at the images of the crowd bursting on the Capitol last week full of violence, hate, and religious fervor, the 21st-century PC(USA) pastor and professor thought, “These are not my people.”

But as a historian he caught himself.

“The historical lens holds a lot of uncomfortable truth,” he said. 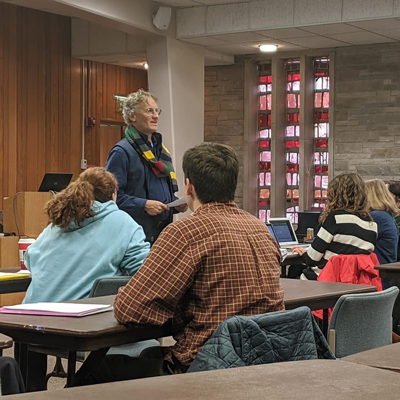 Recently, Elwood assigned a sermon to his class that was written by the Rev. Dr. Benjamin Morgan Palmer, who Elwood said was a “leading light” in the Presbyterian church of his time.  Palmer preached the message in November of 1860 in New Orleans, right after the election of Abraham Lincoln as president of the United States. Pointing to atheism and the rejection of faith and biblical teaching, Palmer appealed to people to see the wisdom of seceding from the U.S. — for the sake of the health of the nation and the Christian church. Elwood said Palmer was specifically talking to people in the South who believed their way of life and the institution of slavery were not only rooted in the Bible but sanctioned and blessed by God.

As Elwood’s students wrestled with how anyone, let alone Christians, could’ve held that view, Elwood reminded them that the view at the time wasn’t so strange. People then were pro-slavery or anti-slavery. And while the vast majority of American Christians felt slavery was something the country had to deal with, they didn’t think a Christian community should involve itself in this kind of political matter.

“The deepest need for those of us who belong to mainline denominations is to tell the truth about our own history of white American Christianity,” he said.

When Elwood’s colleague, Dr. Shannon Craigo-Snell, professor of Theology at LPTS, saw the images of the Capitol insurrection, she immediately thought that the legacy of slaveholder Christianity was far deeper and wider than she’d known.

“America fought a Civil War. The North won,” she said. “But white slaveholder Christianity continued to thrive, and that laid the groundwork for what we’ve seen the last four to five years.” 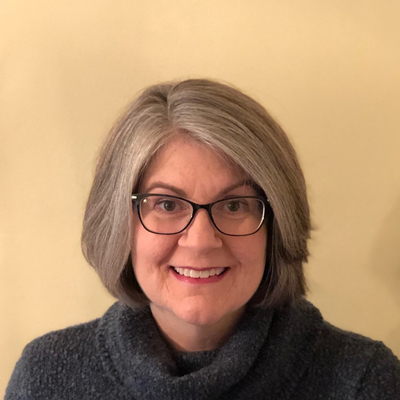 Craigo-Snell noted that in the years following the Civil War during Reconstruction, Congress created institutional barriers to white supremacy, including the Enforcement Acts of 1870 and 1871 to help ensure voting rights of all Americans. Through the  Freedmen’s Bureau, federal troops tried to provide for the basic needs of millions of Black people who were formerly enslaved and poor whites. They also attempted to settle the formerly enslaved on land confiscated or abandoned during the war.

But when the troops left, and critical parts of the Enforcement Acts were repealed — through political wrangling from those who wanted their way of life to be restored — white supremacy came roaring back in Jim Crow laws and lynchings.

“And they were primarily a Christian enterprise,” Craigo-Snell said. “Church groups even held picnics while a Black man was being tortured and killed and a photographer took family portraits under the tree. Yet the majority of white theologians and pastors barely mentioned this.”

It wasn’t until the civil rights movement in the 1950s and 60s that new impediments to white supremacy were enacted. They included the Voting Rights Act of 1965, along with barriers of decorum and sensibility. For example, Craigo-Snell said there were certain things institutionally that you couldn’t say out loud on the national stage. But the U.S. Supreme Court invalidated a key component of the Voting Rights Act in 2013, lowering one barrier. And then President Trump was elected three years later. Because of what the president was willing to say publicly, Craigo-Snell said the more informal barriers were weakened.

For Tim McNinch, who graduated with a Master of Divinity from LPTS and is a doctoral candidate in Hebrew Bible at the Candler School of Theology at Emory University, seeing the Christian imagery as the broad swath of radicalized white Christian nationalists stormed the Capitol troubled him. Growing up, he was part of a white evangelical community. He said it always felt like they were fighting for the right to exist and be a moral voice in society, especially around abortion and the Christian value of the sanctity of life. This was the hook, he said, that introduced his community — which felt like it was in the minority — into the broader framework of the political and cultural wars taking place. 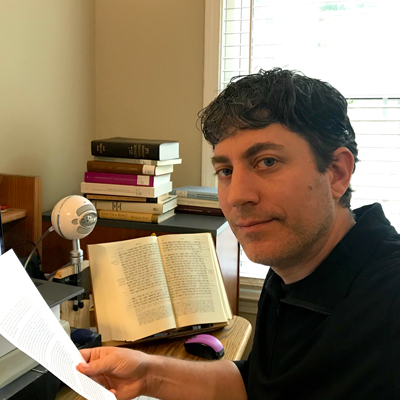 “That influenced our politics and who we voted for, but it never would have spilled over into violence,” he said. “We weren’t radicalized. You can’t put everyone in the same category.”

Because his evangelical friends think the gospel is relevant to politics — especially around laws that concern behavioral morality — many of them align with conservative ideology. But what many of them miss, McNinch said, is the social and political context of the Scriptures themselves.

“They see what they feel the Bible calls them to personally and the political stands they feel they should make for their own ‘rights,’” he said.  “But they often miss how much of the Bible talks about how a whole society should treat its most vulnerable members and neighbors.”

As a biblical scholar, McNinch increasingly sees how this communal and social message in Scripture is written from an underdog perspective to communities on the margins of power, communities living under the shadow and threat of world empires.

“And white Christianity in the U.S. is not the underdog, but part of the empire that the oppressed cry out to God against,” he said. “If you reflect on this as a participant and beneficiary of the empire, it’s quite humbling.”

“If we want to live like Christ,” he added, “we should listen to our neighbors, to people of different faiths and to those in minority communities so that we can hear their version of what it means to be American and to be a great nation. The more we listen, the more we will find strategies to create a version that is better than what we are.”

For Craigo-Snell, the only way to “get out of the mess we’re in” is to tell the truth about white supremacy — to each other and to God.

“This is a premier moment for Reformed theology. Among all Christians we should know what to do,” she said.  “Call out the idolatry that says, ‘whiteness will save us.’ And then confess, tell the truth. This hasn’t happened yet in the U.S. There’s been no national reckoning about the truth of white supremacy. Of how bad the lynchings were. About the economic struggles that have been placed on people of color … We need to tell the doggone truth.”