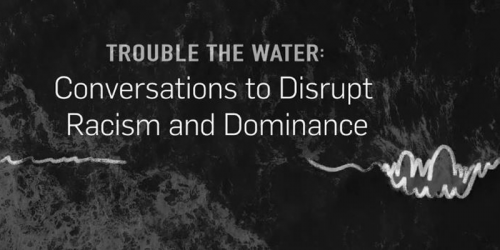 LOUISVILLE — A documentary series designed to encourage constructive conversations about race and racism has been released by the Presbyterian Mission Agency in collaboration with the Office of the General Assembly and other partners.

The docuseries, “Trouble the Water: Conversations to Disrupt Racism and Dominance,” features four episodes that challenge viewers to think, listen and work together to disrupt the systems that perpetuate racism. It consists of Episode 1: “Why Us? Why Now?,” Episode 2: “Whiteness,” Episode 3: “Racial Identity,” and Episode 4: “Intersectionality and Disruption.”

“Trouble the Water amplifies voices and counterstories that challenge the dominant narratives and colonial myths that continue to perpetuate systems of oppression and dehumanization,” said Director David Barnhart, whose completed several other films, such as “Flint: The Poisoning of an American City” and “Trigger: The Ripple Effect of Gun Violence,” as part of Presbyterian Disaster Assistance’s Story Productions. “I hope that groups can gather around these stories, listen deeply to one another, collectively explore these issues and questions, and take concrete steps together toward building Beloved Community.”

This is the first time the full series is being released. The first episode debuted in 2020 as part of the Presbyterian Week of Action, and private viewings have followed since then.

“We were thrilled when the first private preview and panel for the docuseries received over 230 registrations and requests to use the series, and this outreach has gone beyond the church to include colleges, schools, community groups and nonprofits,” Barnhart said.

The year 2020 was a particularly tumultuous time in American history, with protests surrounding the deaths of innocent African Americans, such as George Floyd, Breonna Taylor and Ahmaud Arbery spurring much discussion and debate. Matters of race continue to be front and center today, from elections to education. 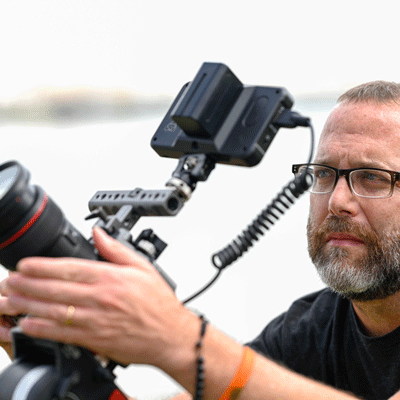 “The issues around racial justice are fundamental to our day-to-day lives and if we aspire to live in true community, then we have to be able to tell the truth and co-create space and opportunity for all to live fully, be valued/respected, and have a place,” Barnhart said. “Currently, given all the national conversations and disinformation around Critical Race Theory, we feel strongly that this docuseries can be a resource for that co-creation of community — to raise awareness, educate, speak the painful truths of our history, and facilitate deeper conversations and engagement around the issues of race and systemic racism. We have got to keep working toward that Beloved Community every day.”

In Episode 4, the Rev. Dr. Jennifer Harvey, an author and speaker, talks about the important role that white Americans can play in that journey.

“For the larger set of white Americans who want this country to be something other than what it is now, when it comes to racism, we’ve all got to learn to be interrupters,” Harvey said. “You know, sort of take on the liberating work of growing our own identity and development” and reaching the point where “it’s normal to challenge racism when we see it.”

Sign up to access the documentary series and related materials. Once your form is submitted, you will be contacted via email and receive links to preview and download each full episode in addition to a PDF discussion guide.