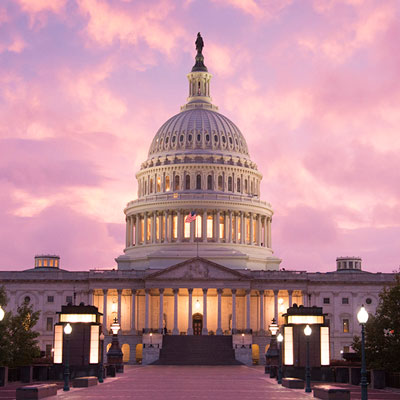 LOUISVILLE — Tension between Iran and the United States will be the focus of a webinar Thursday by the Presbyterian Church (U.S.A.) Office of Public Witness (OPW), the American Friends Service Committee (AFSC) and various other partners for peace.

“The webinar will go in-depth into what exactly happened between the U.S. and Iran in January, and why congressional war powers are important,” according to written comments by Catherine Gordon, a representative for international issues for OPW.

The event’s main speakers will be Elizabeth Beavers, an advisor to the Friends Committee on National Legislation on issues of militarism and human rights; Shervin Ghaffari, a policy associate for the National Iranian American Council; and Tori Bateman, a policy advocacy coordinator for AFSC.

“The webinar will look into what exactly the Authorization for the Use of Military Force (AUMF) is and why it has been used to take military action against other countries, effectively bypassing Congress,” Gordon said. “We also hope people will come away from the webinar empowered to do something to help stop our endless wars.”

The PC(USA) has stressed at several points in recent years the value of open dialogue and reduced tensions with Iran, according to an OPW Action Alert issued after Soleimani’s death sparked threats of retaliation from Iranian officials and counter threats by U.S. President Donald Trump. The alert, issued prior to the Iranian missile attack, urged PC(USA) members to ask their congressional representatives to vote for legislation to end unauthorized strikes against Iran.

OPW is part of an online prayer vigil, which churches can join, called “A Season of Prayer and Action for Peace with Iran” that blossomed from a Peace and Security Working Group that was recently formed by OPW, AFSC, the Maryknoll Office for Global Concerns and other groups.

“While the tensions between the U.S. and Iran have eased since January, we do think that there is a constant danger that they will escalate again and lead us back to the brink of war,” Gordon said. “That is why we are starting the Season of Prayer and Action for Peace with Iran.”

The vigil website includes a collection of prayers as well as education, advocacy and worship resources for people opposed to going to war with Iran. The prayers include one by the Rev. Jimmie R. Hawkins, OPW’s director, as well as contributors from other faith traditions.

“We hope that people will join in and pray and act for peace,” Gordon said.

To sign up for the webinar, go to this event page.