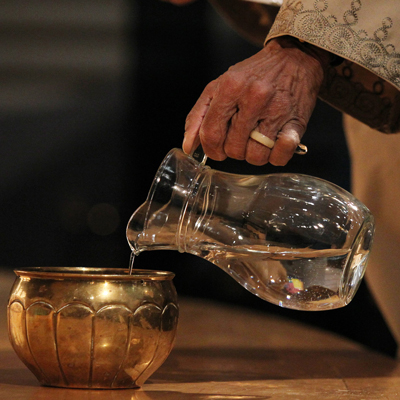 The ritual pouring of libation is a tradition that African people have used to invoke the presence of the Creator and their ancestors. (Contributed photo)

LOUISVILLE — At 5 p.m. Eastern Time Thursday as part of BLACKOUT Day during the  Presbyterian Week of Action, a COVID-19 memorial  service will be held via Zoom — and also streamed  live on the PC(USA) Facebook and Week of Action pages.

The memorial service, which will include Scripture, storytelling, music and prayer, will begin with a ritual pouring of libation led by the Rev. Carlton Johnson, associate in the Office of Vital Congregations in the Presbyterian Mission Agency.

The libation is a ritual African people have traditionally used to invoke the presence of the Creator and their ancestors. Their belief is the ancestors are working in the ancestral realm to empower us in this realm. 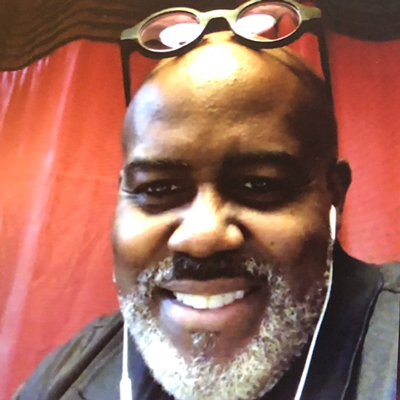 The Rev. Carlton Johnson said the libation ritual will invoke the presence of all who have died in the fight for righteousness. (Photo by Paul Seebeck)

Calling it a witness to the Biblical text in Hebrews 12:1, which refers to Christians being surrounded by “a great cloud of witnesses,” Johnson said the ritual “will invoke the presence of all who have died in the fight for righteousness.”

“We’ll be calling on God by a list of names we’re aware of that people from around the world have called God throughout history,” he said.

The Rev. Dr. David Gambrell, who also participated in the planning of the memorial service, said this a great time of loss and grieving in the church, nation and world — not only because of the pandemic, but also because of the epidemic of police violence. That’s why the associate for worship in the church’s Office of Theology and Worship feels it’s important during the memorial service to carve out time for reflection, contemplation and devotion.

“The life of activism needs to be supported and surrounded by prayer,” Gambrell said, “for it’s too easy to get burned out.”

Both Johnson and Gambrell said it was important that leadership in the memorial service needed to be as inclusive as possible, so that worshipers would be aware of and recognize all the voices within the PC(USA) who are grieving and crying out for justice.

Participating in the service along with the Rev. Dr. J. Herbert Nelson, II, the Stated Clerk of the General Assembly of the Presbyterian Church, (U.S.A.)  and Vilmarie Cintrón-Olivieri, co-moderator of the 223rd General Assembly (2018), are:

Gambrell said Thursday’s service aligns with the PC(USA) tradition of seeing the funeral service as a witness to the resurrection.

“What we’re doing in this COVID-19 memorial service is bearing witness to the life-giving power of Christ,” he said, “in the midst of violence and death on Earth.” 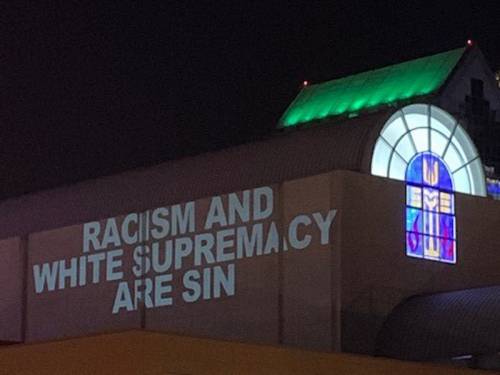 A message on the Presbyterian Center in Louisville, Kentucky, calls racism and white supremacy sin. (Photo by Randy Hobson)

Johnson said he’s looking forward to being part of a one-hour service designed to do just that.

One of the messages being projected on the walls of the Presbyterian Center in Louisville, Kentucky, inspires Johnson because it calls “white supremacy and racism a sin.”

“Just like the Bible does,” Johnson said. “I appreciate the opportunity to be involved in this PC(USA) Week of Action as much as anybody.”

Join the COVID-19 memorial service at 5 p.m. Eastern Time on Thursday here via Zoom. Or watch on the PC(USA) Facebook or Week of Action page.