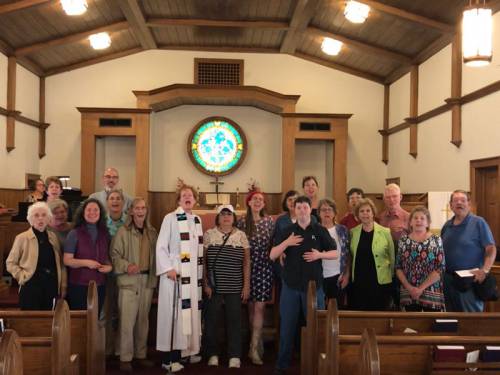 LOUISVILLE — It was an event that stretched through three U.S. time zones and whose impact will be felt around the world.

Instead of angling with rods and reels, this Fishing Derby sought coins, currency, and checks using One Great Hour of Sharing fish banks.  Participating congregations were St. James Presbyterian Church in La Porte, Texas; Marshall Presbyterian Church in Marshall, N.C.; and St. John’s Chapel by the Sea in Moclips, Washington.

The competition began at St. James Presbyterian in 2017 as an intra-congregational event. In 2018, Marshall Presbyterian joined, and this year St. John’s Chapel by the Sea participated for the first time. 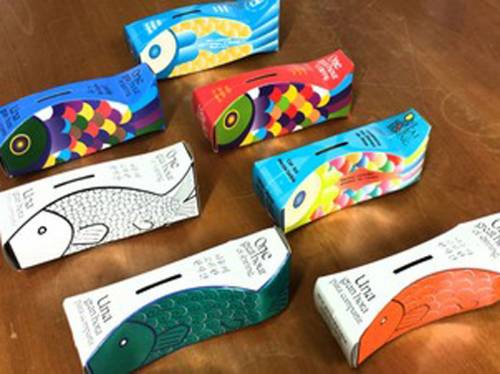 Fish banks have been a staple of One Great Hour of Sharing promotion for decades. The Offering began 70 years ago this year.

The derby included a category for the largest fish (the fish bank that contained the most money), the heaviest fish (the fish bank that weighed the most), the total catch (overall gifts from a congregation) and the largest percentage increase from the previous year (over the limit). St. James won the biggest fish category ($191.82) and the total catch ($1,100). St John’s Chapel took top honors in the heaviest fish category (5 pounds, 6.7 ounces).

Following the pattern of St. James and Marshall, St. John’s Chapel experienced a significant upsurge in Offering gifts during its first year of participation. St. John’s received $602.32, a 471 percent increase over the $128 it received the previous year. That outpouring of generosity also earned St. John’s Chapel first place in the over the limit category.

“This little contest proves that getting people jived up and excited about something definitely works,” said Cathy Thompson, an elder at St. James. She was instrumental in extending the Fishing Derby beyond her own congregation and coordinated participation in the event.

Cindy Stearns, an elder at St John’s Chapel by the Sea, said it was a special moment when a fish bank was passed among the congregants on Easter Sunday. “I wish I would have captured the look on some of our members’ faces,” she said. She described them as “a seasoned group turning into 5-year-olds putting change into the bank.”

Carol Brown, an elder at Marshall Presbyterian, said her congregation enjoyed partnering with other churches in different regions to support mission. “It was wonderful to bring together small churches from various corners of the nation to benefit the ministries of One Great Hour of Sharing,” she said. “We’re already looking forward to 2020.”

Most congregations promote One Great Hour of Sharing during Lent and receive the Offering on Easter Sunday or Palm Sunday. It supports Presbyterian Disaster Assistance, the Presbyterian Hunger Program, and the Presbyterian Committee on the Self-Development of People.