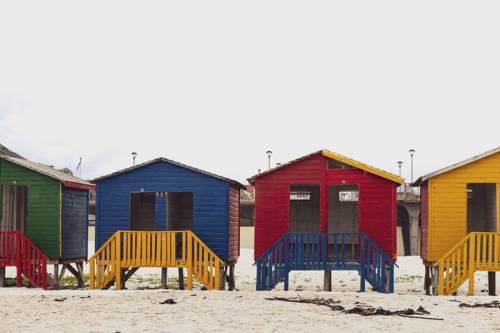 Constructing tiny homes, such as those seen here, in the church parking lot is just one solution to finding safe and affordable housing. (Photo by Florian Schmetz via Unsplash)

LOUISVILLE — Three PC(USA) pastors who serve congregations that have made significant strides helping to provide their neighbors with safe and affordable housing formed the centerpiece of Wednesday’s national Matthew 25 webinar. Nearly 250 people participated.

The Rev. Jake Medcalf, lead pastor and head of staff at First Presbyterian Church of Hayward in Castro Valley, California; the Rev. Brian Hamilton, co-pastor (with his wife, the Rev. Ruth Hamilton) of Westminster Presbyterian Church in Washington, D.C.; and the Rev. Jon Brown, pastor of Old Bergen Church in Jersey City, New Jersey, told how their congregations and communities worked together to begin to bring about needed change in the local housing market.

A community shelter in a church gym

One night several years ago, Medcalf was at church working on his sermon. A man about his age came to the door on that cold, rainy night, asking for a blanket, which Medcalf managed to locate. The man went on his way, but Medcalf “looked around at our spaces and felt convicted” and thought, “We have so many resources. We’ve got to do better than this.” 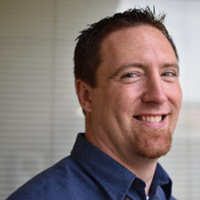 Did they ever. Today the church gym shelters up to 75 people each night. The church gave up 14 of its parking spaces to construct six tiny homes. Each Sunday before the pandemic, Medcalf was seeing up to 150 people in worship on Sunday — in a church that has 85 people on staff, because Alameda County, which is southeast of Oakland and northeast of San Jose, pays the church $1.8 million annually to shelter people who need a place to stay at night.

“I have come to a place where to me housing is a human right,” Medcalf said. “Every single one of God’s children deserves to have a roof overhead by right, not by cash flow. If we don’t do that work as a faith community, we are condemning people to die on the streets.”

“The congregation engaged where Jesus would have us engage,” he said. “From a congregational vitality standpoint, once you turn outward to figure out what your community is experiencing and how you enter that community and become part of it, it just happens. Our congregation is more alive than they have ever been.”

He said one 84-year-old church member grabbed him by the shirt one day and told him, “I’m still here, you know.”

The downside of urban ‘renewal’ in the nation’s capital

Situated about 10 blocks from the U.S. Capitol building, Westminster Presbyterian Church has been working for years on a problem that began just after World War II, when the U.S. Department of Housing and Urban Development determined it would get rid of blighted neighborhoods around the Capitol and the National Mall, affecting about 36,000 residents, according to Hamilton. “They razed a whole neighborhood, a community 20 blocks square,” Hamilton said. Most of the homes that were demolished had no indoor plumbing.

Most congregations decided to leave along with most of the affected residents, but Westminster decided to stay, even though the government used its power of eminent domain to drive the church from its former location.

Westminster purchased some property and later discovered “we had all this equity” because of its now in-demand location. It found a partner which built Westminster a new building and gave the church a little cash. Later the church found a pair of developers, one focused on affordable housing, and is now co-owner of a 123-unit apartment complex and a church building that, once it’s constructed, will be 2 ½ times bigger than its current building. 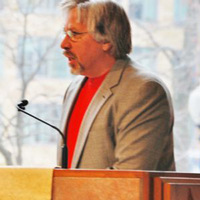 About 20 years ago, the church started a nonprofit that’s a mission affiliate of the church. “Our small congregation didn’t have the funds to do the ministry we wanted to do,” Hamilton said. Instead, the nonprofit created a jazz venue where every Friday night musicians play and patrons chow down on a weekly fish fry.

“The jazz community found us, and as a result, many more found us and became active members,” Hamilton said. “We are trying to figure out how to have deeper impact, and housing is always embedded in antiracist conversation. We understand we are all in this together.”

Old Bergen Church, which has been serving its community for more than three centuries, is an 11-minute train ride from Manhattan. According to Brown, predatory landlords who own affordable apartment buildings sometimes intimidate tenants until they leave and then hike up the rent for the next tenant.

Five years ago, clergy and others organized Jersey City Together, a chapter of New Jersey Together, after listening to about 3,000 residents over two years. Nearly 900 people from 20 faith communities attended the launch at Old Bergen Church.

The organization canvassed six apartment buildings all owned by the same company. They found 750 building code violations, including blocked fire escapes, black mold and apartments with no hot water. 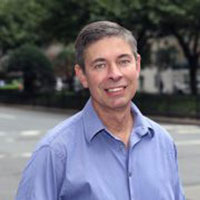 “The city council and mayor were shocked, embarrassed and outraged,” Brown said. They made changes in local government and set up a prosecutor to pursue allegations of harassment. A tenant support group was awarded a grant from the Presbyterian Committee on the Self-Development of People.

One woman who’d help distribute the group’s flyers in her apartment building was being evicted. Her landlord, who’d earlier installed a security camera aimed at her apartment, claimed she was late with the rent. A half-dozen members of Jersey City Together stood beside her in court, where the judge dismissed the case. “She broke into tears, thanked us — and is no one of our strongest advocates,” Brown said.

The landlord with all the violations “concluded the city was no longer being run like the Wild West,” sold his properties and left town, Brown said.

‘Let me put on my pastor’s hat’

The Rev. Dr. Diane Moffett, president and executive director of the Presbyterian Mission Agency, recalled the efforts of the church she used to lead, St. James Presbyterian Church in Greensboro, North Carolina, to help relieve poverty by arranging wraparound, or one-stop services, to neighbors. 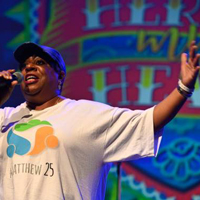 “There were a lot of co-occurring issues,” including diabetes, substance abuse and mental health, Moffett said. By canvassing the neighborhood, “we found that housing was a big issue.”

Now that she’s in Louisville, Moffett serves on the board of the Louisville Urban League. When homeowners living in underserved areas get wind of proposed investment in their neighborhood, “they get a little concerned,” she said. “They may own their house free and clear, but can’t afford the new tax rate, and get pushed out.”

“When we develop policies around investment,” Moffett said, “we’ve got to make sure the community is at the table to mitigate against that kind of thing.”

The Rev. Carlton Johnson, coordinator for Vital Congregations, shared his own housing story dating back to his mid-20s. During the 1980s, Johnson sold the home his parents had purchased 20 years before for about four times what they’d paid for it. What troubled Johnson was that the home is now worth more than five times what it sold for about 25 years ago. 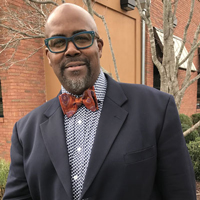 “They came to a 26-year-old kid whose parents were dying or deceased with a lot of money,” Johnson said. “I needed he money, and it thus became my outcome.”

Other national staff members talked about ways the Matthew 25 invitation, through its focus on eradicating systemic poverty, is helping channel funds and local expertise to help congregations help their neighbors into safe and affordable housing. 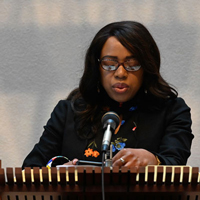 Margaret Mwale, associate for Community Development and Constituent Relations with SDOP, urged those on the call to “educate yourself and engage with people. Get to know their personal stories so that they are no longer statistics but real people.”

SDOP grants have gone to organizations including City Roots Community Land Trust in Rochester, New York. Grant money purchased materials to rehabilitate homes, which are sold to low-income buyers who in turn pay it forward by one day selling the rehabilitated home to another low-income buyer. The majority of the board and members of the land trust are people of color, Mwale said. 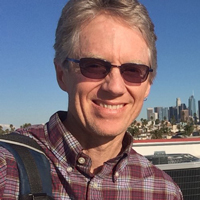 Andrew Kang Bartlett, associate for National Hunger Concerns with the Presbyterian Hunger Program, said the kind of Congregation-Based Community Organizing (CBCO) work the Old Bergen Church has been involved in is an important component of PHP’s mission. The General Assembly has determined that CBCO work on affordable housing is the most effective approach, Kang Bartlett said, and thus 4% of the money given to One Great Hour of Sharing goes to the work.

By providing $100,000 in annual grants to CBCOs, the Presbyterian Hunger Program is one of the top funders to such programs in the nation, Kang Bartlett said. And by banding together, community organizers are seeing impressive changes: in Washington, D.C., the Washington Interfaith Network has impacted the District of Columbia budget to increase investment in housing to the tune of $150 million, Kang Bartlett said.

“It is especially critical for a predominantly white church to learn the history that has shaped both land and housing,” Kang Bartlett said. “Housing has been deeply shaped by white supremacy and discriminatory practices.”

“Each of us must have the courage to continue to ask inconvenient and uncomfortable questions,” Kang Bartlett said. “We must generally get used to being uncomfortable as we dismantle racism and systemic poverty.”

The next national gathering on Engaging in Matthew 25 will be at 2 p.m. Eastern Time on June 23. Hunger will be the topic.