…be led forth in peace. (Isaiah 55:12). Support to the Peace & Global Witness Offering.
Make A Donation Click Here >
Home › This little piggy … 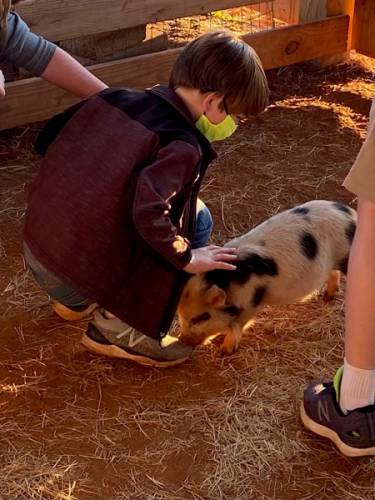 Eight-year-old Nathaniel, who attends Morningside Presbyterian Church in Atlanta, loves pigs and is a faithful donor to the Presbyterian Giving Catalog. (Contributed photo)

LOUISVILLE — While pigs may not have had front row seats at the manger, they can do the ox and the donkey one better — they have their own national holiday.

That’s because the Giving Catalog’s annual Piglet Challenge calls attention to the importance of piglets toward creating a sustainable source of income for families in need all across the world.

The ambitious goal of this year’s Piglet Challenge, which is scheduled to begin at 10 a.m. Eastern Time on Monday and run for 24 hours, is 50 piglets.

As stated in the catalog, “Your gift of one — or a few — piglets can serve as a valuable safety net — a source of income for a family in need. When sold at market, a pig can be the very thing that helps a family through times of struggle.” To join the challenge by making a $40 piglet gift, click here.

“Pigs can help families throughout the world because they can consume food waste and tend to be durable in many climates and environments,” said Bryce Wiebe, director of Special Offerings and the Presbyterian Giving Catalog. “The piglet challenge is a fun way to encourage the Church to support the eradication of poverty through development projects that make a real difference in people’s lives.”

According to the Holidays Calendar website, National Pig Day was started in 1972 in Lubbock, Texas, by sisters Ellen Stanley and Mary Lynne Rave. The website says their purpose was “to raise awareness about pigs and how important they are to humans.”

One faithful donor who needs no extra encouragement when it comes to giving piglets is 8-year-old Nathaniel, who attends Morningside Presbyterian Church in Atlanta.

“The children’s program at Morningside is amazing,” said Nathaniel’s mother, Sarah Beth, who requested that the Presbyterian News Service identify her son by his first name only. “It focuses a lot on mission and has helped Nathaniel in thinking of others.” 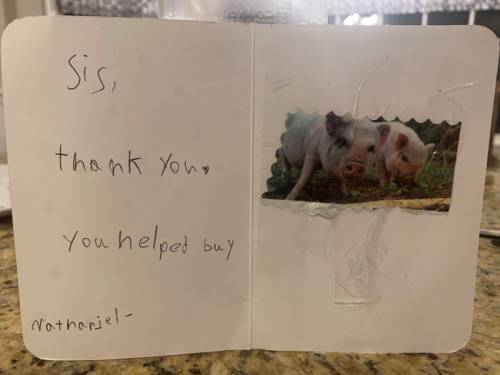 Eight-year-old Nathaniel, who attends Morningside Presbyterian Church in Atlanta, is one to write creative thank-you notes to family members who donate to the Presbyterian Giving Catalog. (Contributed photo)

With the funds that Nathaniel raised himself from among family members and friends last fall, in addition to giving piglets, he also chose to give chickens, farm tools and saplings from the Giving Catalog. He wrote a special thank-you note to his aunt, to which he affixed a picture of two particularly photogenic pigs to acknowledge her donation.

“Pigs are awesome,” Nathaniel said. “You can sell them to make money and that seemed like it could be a big help.”

Not surprisingly, Nathaniel’s generous spirit — not to mention his admiration for pigs — has already proved contagious. 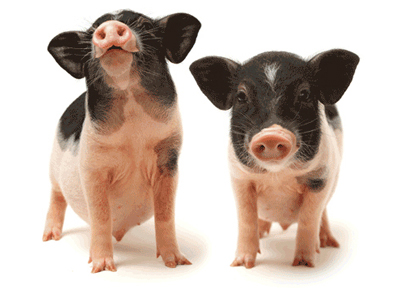 “I learned how awesome pigs could be when I showed and sold two pigs as part of my local 4-H club when I was about Nathaniel’s age,” said Wiebe. “I used around $80 of the sale to buy my first bike, but, inspired by Nathaniel, I’m giving that amount for two piglets to help someone in need.”

Now in its seventh, record-breaking year, the Presbyterian Giving Catalog — which is available both in print and online as well as for immediate download in Spanish and Korean — is filled with a wide variety of gifts that provide real and positive impact around the world, including aid for refugees, access to clean water and ways to end hunger.