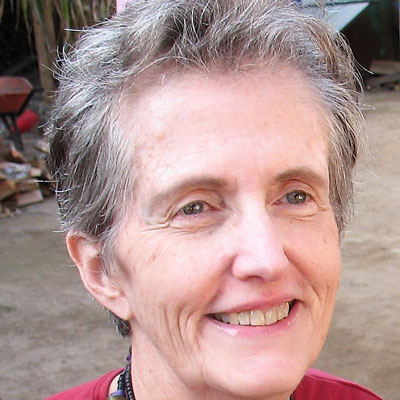 “Following Presbyterian Reunion in 1983, Joyce became the staff person for the new Committee on Theological Education (COTE) which brought together the theological institutions from the two former denominations,” said the Rev. Dr. Cynthia Campbell, who served as president of McCormick Theological Seminary and is now pastor of Highland Presbyterian Church in Louisville, Ky. “Her greatest gift was to help create a true sense of community among the presidents. This in turn paved the way for new avenues of institutional cooperation for the good of the whole church. Joyce loved the church, cared deeply about people, and was a generous friend to all.”

Born July 31, 1941, in Chattanooga, Tenn., Tucker was a member of Monmouth Presbytery. She was ordained in 1975 by Cherokee Presbytery and served as assistant pastor of John Knox Presbyterian Church in Marietta, Ga., making her among the first women ordained in the Presbyterian Church in the U.S. (PCUS). Her pastoral experience was the basis for her understanding of church polity and her approach to theological education.

Tucker was co-author of “Presbyterian Polity for Church Leaders,” now in its fourth edition, with the Rev. Dr. Joan S. Gray, moderator of the 217th General Assembly (2006). The book was published in 1986, just after Reunion, and served as a guide for church officers who needed to know how the new denomination would operate.

“When I came to work for the Presbyterian News Service in 1988, I was told that Joyce Tucker should be my go-to expert on Presbyterian polity,” said the Rev. Jerry Van Marter, former coordinator of Presbyterian News Service. “She was that, but more importantly, she as much as anyone I ever met knew how the church actually worked. This ‘practical polity’ was a gift from Joyce for which I will always be grateful.”

Tucker had a keen eye for sexism in the church. In 1977, she edited the “Book of Church Order” for the PCUS, finding many instances of male pronouns used to refer to ministers. She made notes in pencil throughout the book, sending those changes to James Andrews, Stated Clerk of the PCUS. Her goal was to create a more inclusive “Book of Order” that encouraged and allowed women to serve the church fully. Tucker’s papers were donated to the Presbyterian Historical Society, which has scanned the pages she annotated (Joyce C. Tucker papers, Presbyterian Historical Society).

Tucker graduated from Duke University, majoring in mathematics. She was elected to Phi Beta Kappa. She received a master’s degree in religious education from Yale Divinity School and later a Master of Divinity from Columbia Theological Seminary. The University of Dubuque Theological Seminary awarded her an honorary doctorate for her lifetime of accomplishments serving the Presbyterian Church.

Barbara G. Wheeler recalls Tucker’s special deftness for handling complex situations. Wheeler is former president and ​ former director of the Center for the Study of Theological Education at Auburn Theological Seminary in New York. “Joyce was the most skillful church executive I ever knew,” Wheeler said. “She realized that in church decision-making, less is often more. On the wall of her office she had framed a complex jigsaw puzzle with one piece missing. ‘My job,’ she told me once, ‘is not to do the whole puzzle but to find that one missing piece and put it in the right place.’”

Cliff Kirkpatrick, who was Stated Clerk of the PC(USA) from 1996 to 2008 and is now a visiting professor at Louisville Presbyterian Theological Seminary, says that Tucker’s life and legacy were a gift to Presbyterians. “Joyce Tucker was an incredible gift of God to me and to so many across our church,” Kirkpatrick said. “She loved the church and the people who make it up. I give thanks to God for her, and I give thanks that in life and in death she belonged to God.”

Arrangements are pending. In lieu of flowers, donations can be sent to University of Delaware for the Richard Murray fund.

The Rev. Dr. Lee Hinson-Hasty is Senior Director of Theological Education Funds Development at the Presbyterian Foundation. You can reach him at (502) 569-5357 or lee.hinson-hasty@presbyterianfoundation.org.