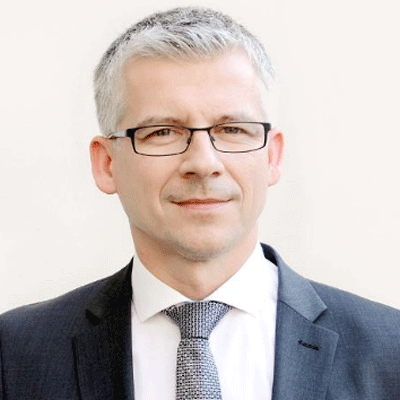 LOUISVILLE — The people of Poland, a nation well acquainted with the misery an invading country can inflict, has responded to the 500,000 or so displaced Ukrainians who have crossed the border into Poland in amazing and yet practical ways.

“I have never seen anything like this. The whole country is rising to help these people, and nothing else matters. Nobody is talking about COVID anymore,” Dr. Wojciech Szczerba said Thursday during a forum hosted by the Syngman Rhee Global Mission Center for Christian Education at Union Presbyterian Seminary. Szczerba is rector of the Evangelical School of Theology in Wroclaw, Poland. Watch the 64-minute forum here.

While formerly there were “lots of problems and tensions” between the two people, Poland accepted about two million people from Ukraine during Vladimir Putin’s first aggression in 2014, according to Szczerba, “and they are fully accepted by people. Our languages and cultures are similar. They are very important for our economy, and everything is fine.”

More recently, “we are seeing a huge wave. We expect a few million people in the next few weeks in the east part of Poland,” Szczerba said. A common scenario is for Poles to drive to rail stations in eastern Poland and bring refugees to central or western Poland. Many churches are being used to house and feed people, he said. “It seems like a national movement, and it’s heartbreaking,” Szczerba said, because the Poles are for the most part seeing only women and children while many men remain in Ukraine to fight the Russian army. 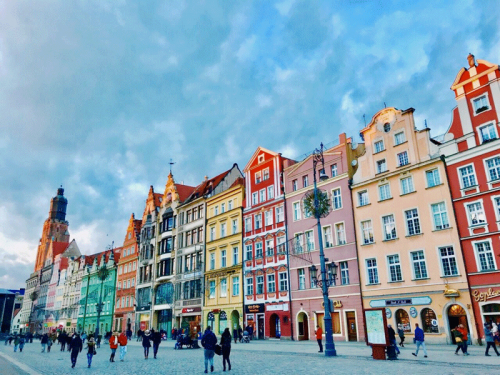 Cities in Poland, including Wroclaw, expect to see millions of refugees from Ukraine in the coming weeks. (Photo by Reiseuhu via Unsplash)

“They have almost nothing with them, and it’s freezing in Poland,” Szczerba said. Just Thursday his wife told him she’d been approached by older women escaping Ukraine who asked only for T-shirts to wear. “They should be resting and having a nice life,” Szczerba said. “They had to leave their homes with nothing. Their cities are turning into Aleppo, and it’s really very sad.”

Tripodi noted that the Evangelical School of Theology hosts the Dietrich Bonhoeffer Resource Center. The Auschwitz concentration camp is two hours from there. How, she wondered, can you teach Bonhoeffer’s plea to “‘See Christ in every person’ under these circumstances?”

“Can I see Christ in the Russians? It’s a very difficult question for me to answer,” Szczerba said. “I am sure there are people suffering [in Russia] because they are protesting. Others support what is going on [in Ukraine], and we should see Christ in them too.” He noted that Bonhoeffer urged us not only to see Christ in every person, but to act as Christ for every person as well. 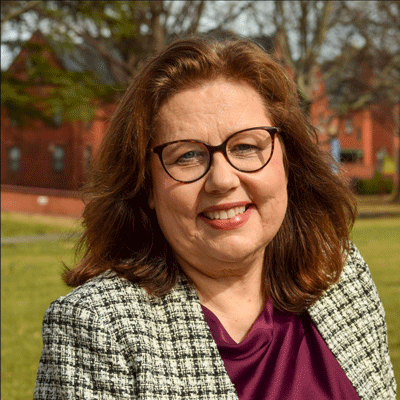 Where, Tripodi asked Szczerba, do you see God’s grace at work here? Where does human agency come in?

“When I see a family in a very small apartment taking in another family to live with them, this is for me a real witness of Christianity. If churches can somehow help, this would be wonderful,” Szczerba said. “Churches are important, but they’re not the major driver of this initiative. It is normal people who take their cars to drive people, who open up their houses and give [refugees] clothes and money.”

“I’d love to see the church acting in a permanent way,” Szczerba said. “When I think of religion, I really think there is a natural tendency to divide people into us and them, the church of Christ vs. the pseudo church, we are under grace and they are outside grace, we are saved and they are condemned.”

The more secularized nations of Europe, including the Czech Republic, the Netherlands, France and Belgium, have developed what are the most welcoming civil societies in all of Europe, he said, adding, “They are more civilized than our religious societies.”

Szczerba recalled the Dalai Lama visiting Wroclaw a few years ago. “He is something like Yoda,” Szczerba said with a grin. “He said, ‘Don’t pray for peace. It doesn’t make any sense. Do peace.’ I thought, this is really something. We believe we need to pray and fast, but maybe the concept of doing peace is the kind of prayer and fasting we need, a prayer in action.”

Poland is now home to refugees from Belarus, Syria, Afghanistan and other places. One of the most welcoming communities within Poland has been its Muslim community, Szczerba said.

Young people in Poland, just as in other nations, are undergoing secularization, Szczerba said, and “lots of young people are involved in helping [refugees]. They don’t ask, ‘Who are you and what do you believe?’ It doesn’t matter.”

“The human race is rising up. I can see the Imago Dei [image of God] at work,” Szczerba said. When I’m asked, ‘What kind of God do you see?’ I think this is the most beautiful image I can imagine. I have never experienced anything like this in my life.”

On Tuesday the Presbyterian Church (U.S.A.) issued a plea for humanitarian support for refugees from Ukraine. Give in support of the crisis in Ukraine and central Europe by clicking here.