One pastor hoping to make it to retirement: ‘Members are trolling me on Facebook.’ Another calls the current situation ‘toxic’ 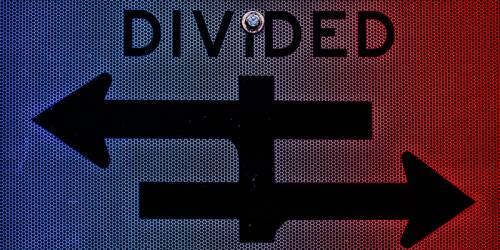 The pandemic and political divide in the U.S. are causing some PC(USA) pastors to rethink when they might retire. (Illustration by Johnny Silvercloud/Flickr/Creative Commons)

LOUISVILLE — Two years ago, before the pandemic, a pastor at a Presbyterian Church (U.S.A.) church in Texas was thinking about retiring at age 70. Now he hopes he can make it for 17 more months to reach the retirement age of 66 years and 4 months.

Another PC(USA) pastor in North Carolina resigned in February last year at the age of 59.

“There were abusive church members. The situation had become toxic,” he said. “There’s always been conflict about justice issues in the church,” but “I’ve never seen it at this level, with the vitriol and unwillingness to talk about it.” 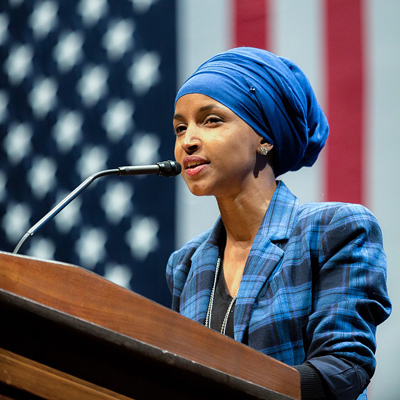 He’d written a column on racism for a local newspaper, where he critiqued then-President Trump’s comments that four women congressman of color should just go back to their countries of origin. Three of the four were born in the U.S. and the fourth, U.S. Rep. Ilhan Omar, D-Minnesota, came to the U.S. from Somalia as a child.

One church member got mad and confronted the pastor.

This time those who were more liberal in the congregation, where the pastor had served for more than eight years, sided with their conservative friends, which according to the pastor was the “old money” in the church.

“They were angry when I wrote sermons or newspaper articles about justice,” he said. “I was called a ‘cancer’ and a ‘radical leftist.’ It was a sad way to leave, but I feel good about saying what I needed to say. It was financially costly, but better for my soul.” 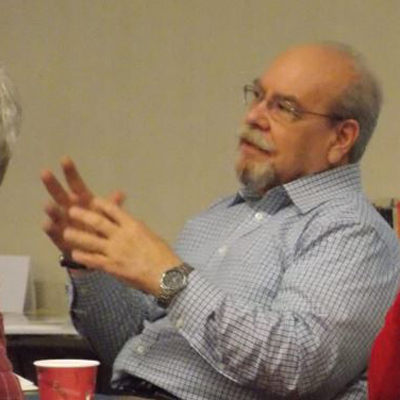 These pastors were willing to talk with Presbyterian News Service provided PNS identify them only by the state or region of the country they serve and live in. One suggested that PNS speak with Dr. Israel Galindo at Columbia Theological Seminary.  The associate dean for Lifelong Learning runs Columbia’s Ministering to Ministers program.

“It’s interesting. One trend or uptick is that COVID presented an opportunity for several congregation to dismiss their pastor,” Galindo said. “And these were churches with large endowments, so they accelerated the perceived crisis.”

For Galindo, the trauma which the pastors in North Carolina and Texas experienced fits with other churches going through a pastoral transition now. What makes it even more difficult, he said, is that the pandemic has uncovered false assumptions about congregations.

“Just because they’re members of the same church doesn’t mean they believe the same thing,” he said. “It’s the concept of tribalism right now. Congregations are communal and what they want from their pastors is affirmation and confirmation of their beliefs. The challenge for pastors is to be prophetic in the pulpit.” 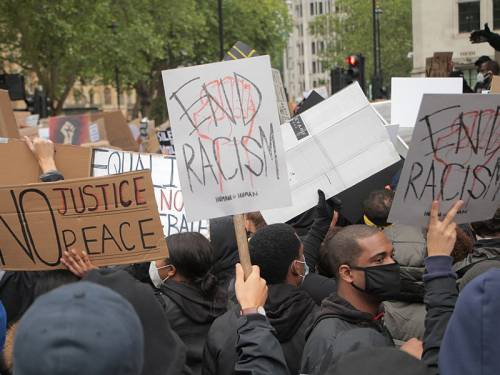 A pastor in Texas says members of his congregation troll him on social media looking for any comments he might make about Black Lives Matter. (Photo by Socialist Appeal/Flicker/Creative Commons)

According to the pastor in Texas, the first thing members of the congregation he serves are looking for on the pastor’s Facebook page are any comments he might make about Black Lives Matter. When the PC(USA) held its Week of Action affirming Black lives in August 2020, angry members of his congregation asked, “Why is the Church doing this?” The pastor added that these folks also check Presbyterian News Service for any story that might upset them.

When the pastor prayed for those killed in the March 16 mass shooting in Atlanta — six were Asian American women — and a week later for 10 people in Boulder, Colorado, who lost their lives in a grocery store shooting, including a police officer, the pastor received an angry email. The person said his mentioning mass shootings — there were 37 of them in March — was “going after the Second Amendment.”

“This is a problem,” the pastor said. “I was asking for divine guidance during prayer time, which is supposed to be comforting.”

In Tennessee, a pastor reached a point where she felt like she just couldn’t do it anymore. During the pandemic she realized how much dysfunction there was around staffing issues in her church. With a lot of former staff members in her congregation, there was a narrowly prescribed role for the pastor. After the church went online for worship because of COVID, the tension grew as those former staff members no longer had their role in week-to-week church activities.

“I was pushed away by people who I thought had open minds and hearts,” she said. “But people who I didn’t think had my back stepped up.”

As she tries to clean up the mess around roles in the church, she recognizes most of the congregation isn’t hostile. For the moment, she has decided not to let those in the minority push her out.

“I try to preach what’s in front of me,” she said, “and determine what battles I’m willing to die for. This is an anxious time. The pandemic highlighted what was there for everybody.”

The pastor in Texas said there are 13 PC(USA) churches in the area he serves. Only two of them have fulltime pastors.

“The days of a residence pastor at every church are gone,” he said.

Which leaves Galindo asking questions like, “What will the nature of the pastor look like in the future?” and “How will the economics of a congregation change?”

“Yes, a lot of pastors are challenged. But there are congregations thriving with pastors committed to ministries and their calling,” he said. “In the span of reality, it’s not all bad.  Some churches will close because the things that needed to be addressed have been ignored.”